Death Stalks Every Stop of Our Train in 'The Final Station'

Sanctuary on rails… while it still runs.

When I set out for PAX South 2016, I fully expected to get to play Do My Best Games' 'The Final Station.' The game's bleak art style, so bleak and monochrome, coupled with the very obvious risk/reward promise of having a zombie-free train in a zombie-filled world, put it squarely on my radar. But expectations and high hopes can be tricky. Fortunately, the all-too brief time I had with the game was just as tense as advertised. 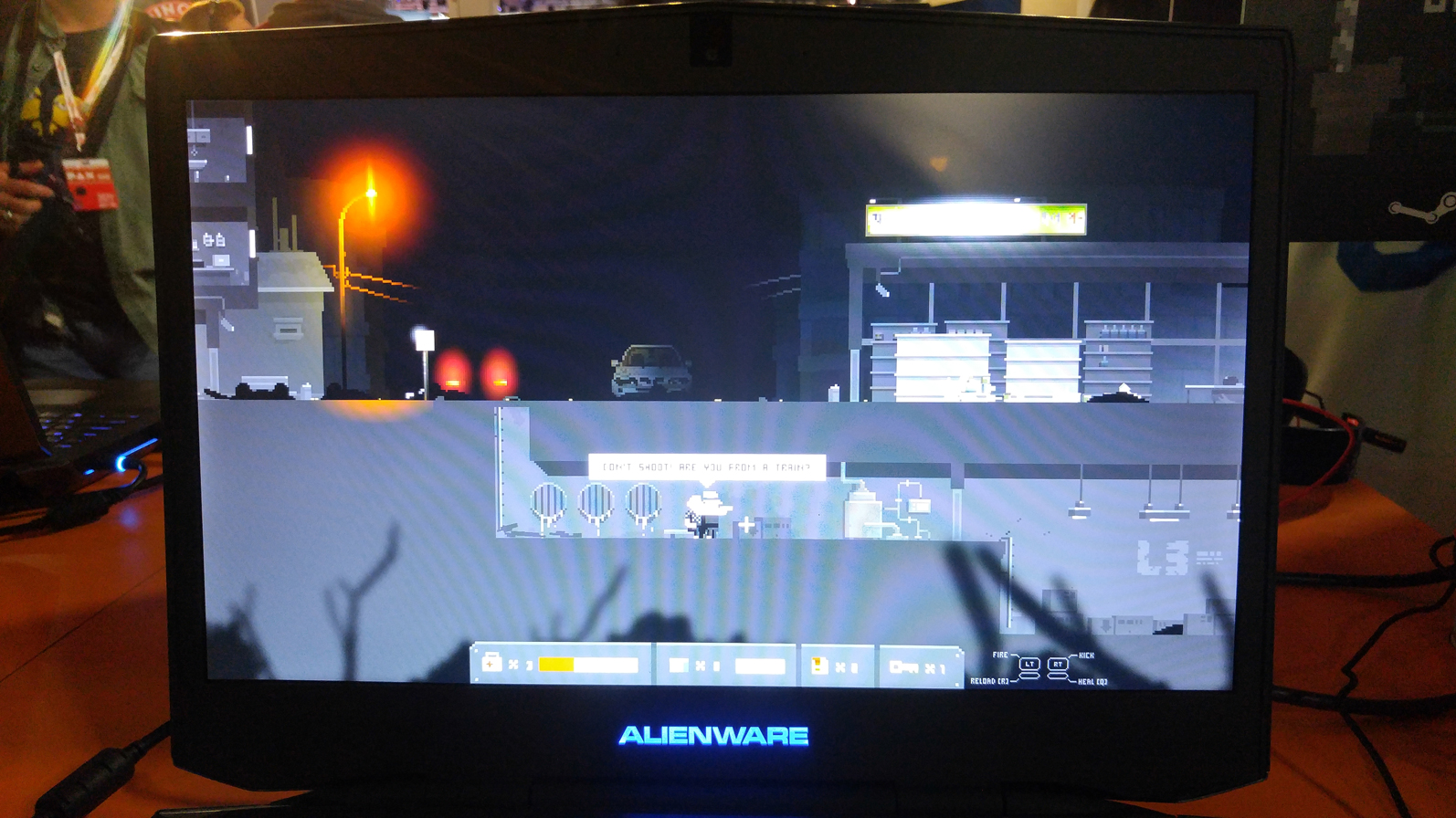 In the demo I played, the train has stopped, and I've disembarked. I've got a pistol with some ammo, and I need (at the very least) a four digit pin to get the train moving again. Heading into the multi-level rail station, I ransack desks, lockers, and so forth, searching for anything useful. My first time out, I quickly realized that some rooms, their doors innocently closed, contained zombies that would erupt like a jack-in-the box. Sometimes I could pick up a chair or a box and take a zombie down, if it wasn't too close. But with multiple zombies bearing down on me, my pistol was my lifeline. And when the bullets ran out… things went from bad to worse.

Although I was being careful to conserve ammo, a zombie in full riot gear (along with his buddies) got me to empty my clip before I realized that I needed to melee off the riot helmet. I died, and thus ended the demo. Immediately I started again, and this time, the extra tension and knowledge helped me mostly clear that first building (minus a locked door), and I even found some more ammo.

Entering into the next building, I did alright. Zombies can take me down with just a few hits, so it's crucial to keep them at a distance. Bullets have a linear tracer effect that helps to keep my aim true.

Still, I ran shy of bullets, and barely managed to survive a tough room. It was then that I found a key. It seemed pretty clear that this key would open that locked door I had passed up. I was tempted to head straight back there, but what if the locked room was full of zombies? Stubbornly, I pressed on, running out of ammo, but finding more. The new ammo should have been perfect, except that when I opened a door to find four zombies rushing at me, I realized that I had forgotten to load the empty gun.

That mistake was almost fatal. I was able to fight them off, but they got in enough hits to put in me deep in the red and close to death. I certainly should have turned back, but by now my path seemed to lead back towards the train. Again, I kept going, and again, the bullets ran out. I was left to melee several zombies, one of which nearly finished me. 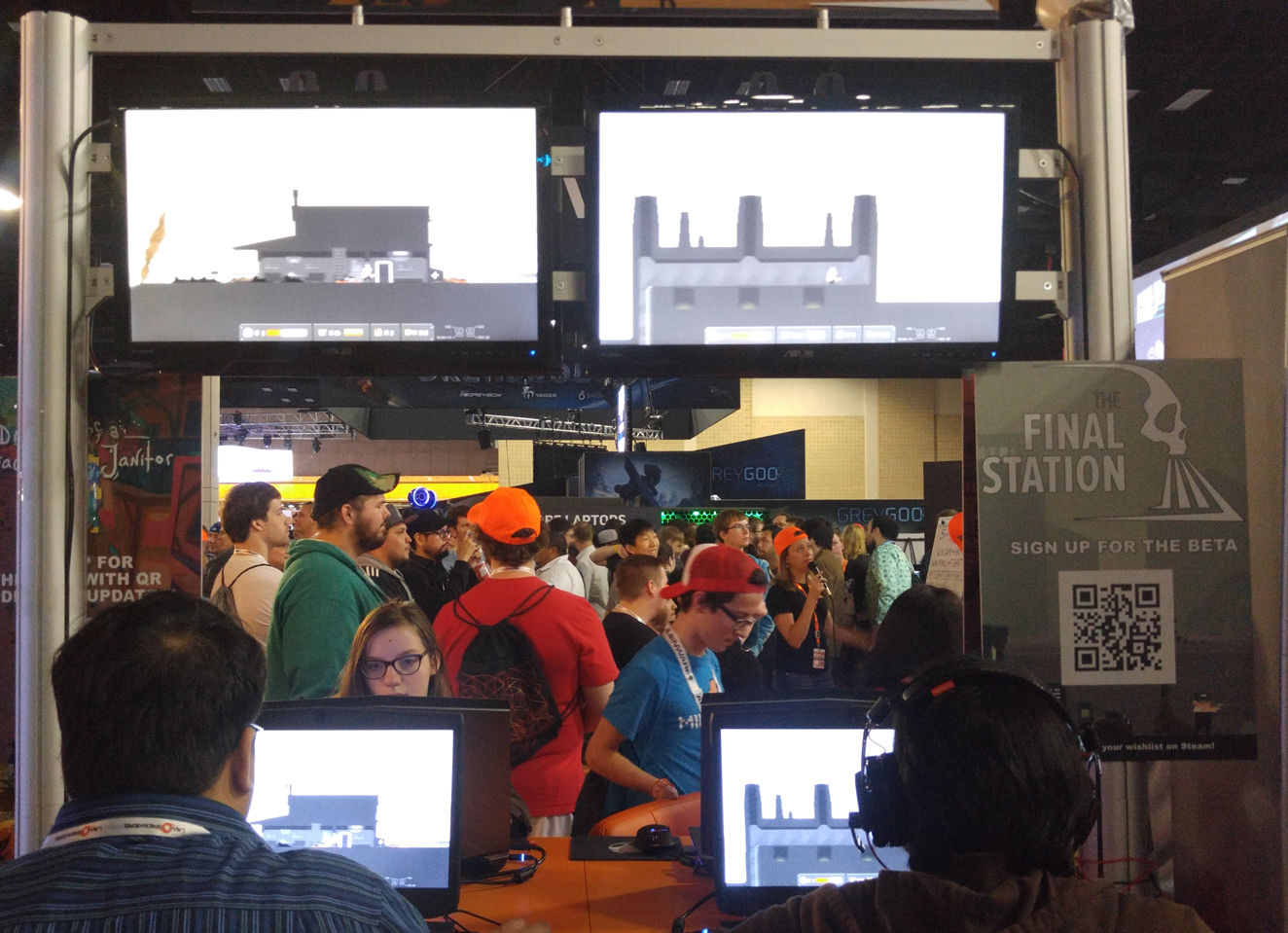 It was then that I found a very grizzled captive. "Don't shoot!," he cried, and in a very brief dialog, I agreed to try to take him to his stop. From there I found the locked room, retrieved the code, and got my train moving.

Once back on the train with my motley assortment of survivors, I realized the one I had rescued looked, well, scarier and crazier than any back on the train. I left the demo wondering if this possible lunatic would be big trouble later on down the line.

So yeah. Tense. Tight resources. Stingy health. Scary doors that likely house my death. Oh, and wild survivors that might just take the train down. The only question now is do I play the 'The Final Station' PC beta or wait for the release this summer? (And thanks be to tiny Build for their insistence on games and not on microtransactions disguised as games.)