When it comes to gaming headsets, Tritton is one of the big hitters. Just in case anyone wondered why that is, the upcoming Tritton Katana HD 7.1 Wireless Headset with HDMI & DTS Headphone:X is set to big a great big reminder. In spite of the "gaming" moniker, the Tritton Katana ought to serve as wake-up call to all wireless headphone makers. No longer can optical, lossy Dolby Digital 5.1 serve as the high-end standard. Via a HDMI passthrough, the Katana 7.1 HD Wireless utilizes the 7.1 LPCM standard that we've come to expect from the PS4, Xbox One, Wii U, PS3, and even PC. From that uncompressed signal, the sound is played back via DTS Headphone:X surround sound. 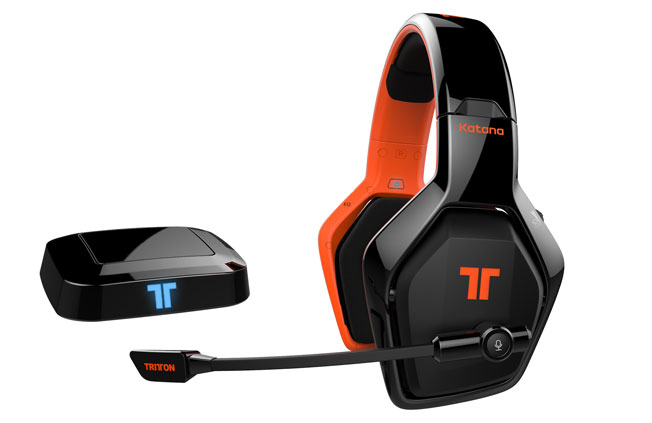 DTS Headphone:X has different facets that mean different things in different products, but in Katana HD 7.1 Wireless, DTS Headphone:X has been implemented a driver level. Unlike other some other DTS Headphone:X gaming headsets, the Dolby Digital container is not a part of the signal chain. It's either natively rendered or played back LPCM (HDMI), decoded Dolby TrueHD and DTS-HD-MA (HDMI) or else it's a wired stereo 3.5mm connection, which is really for devices like a smartphone or tablet.

The big deal with DTS Headphone:X is that it is a leader in terms of delivering surround sound in a two driver headset. Although DTS Headphone:X is such a big part of the Katana HD 7.1 Wireless, it's easy enough to toggle on and off via a button on headset. Opposite of this above-ear button is a button for cycling through the EQ options. 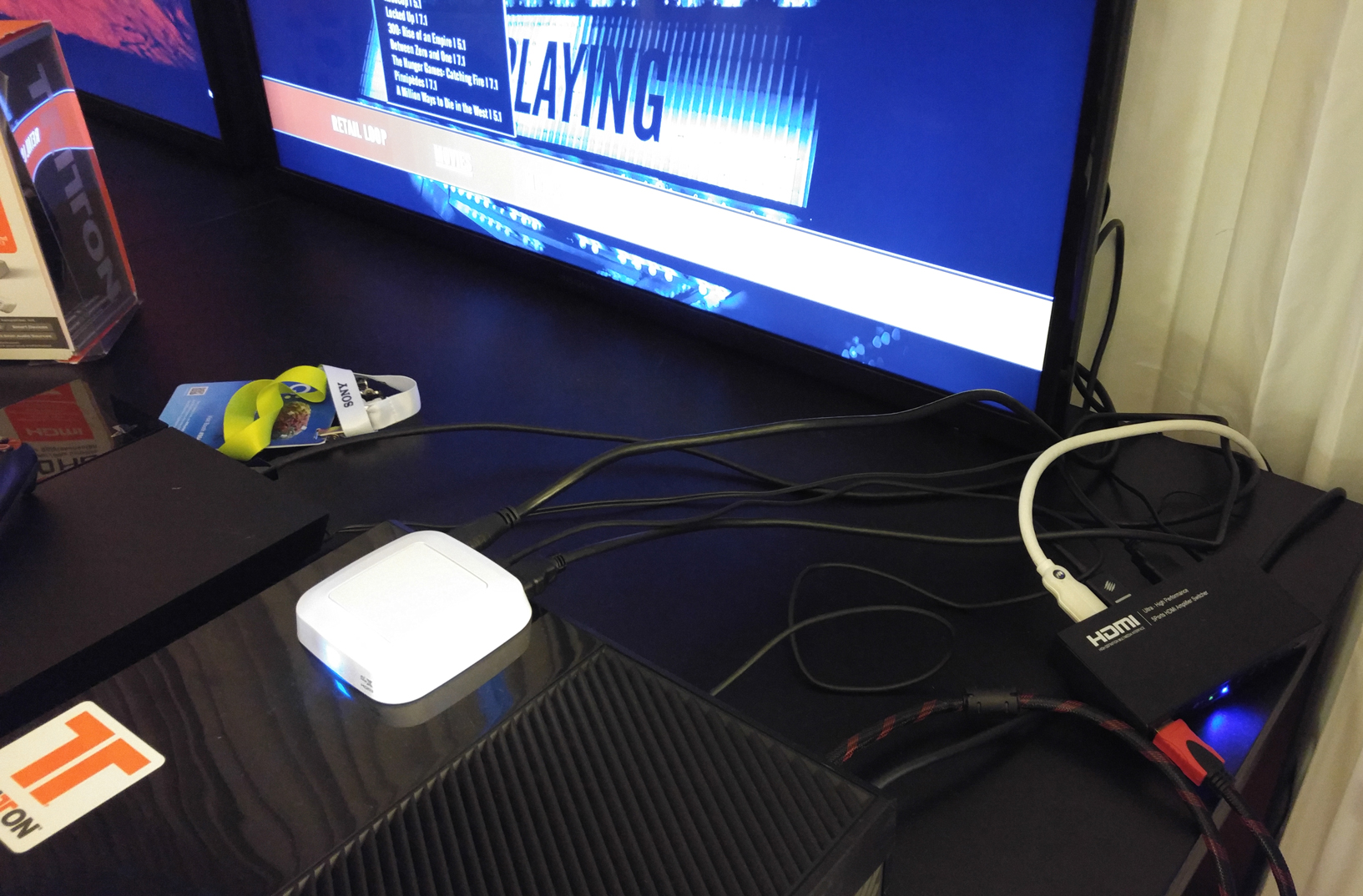 At CES 2016 I went hands-on with a pre-production version of the Katana HD 7.1 Wireless. While the HDMI is obviously a killer feature, it does introduce a small dilemma for those of us who game on multiple platforms. For the PS4, the headset base station needs to be connected via HDMI and USB. For the Xbox One, it needs HDMI and USB on the base station, and a chat cable to the controller. Ultimately, adding in a HDMI switcher might be the way to go. That said, the Katana HD 7.1 Wireless is automatically the best wireless headset option for the Wii U. (Especially for 'Xenoblade Chronicles X') Back to the headset, and Mad Catz/Tritton have managed to keep the device very light and friendly. It felt good right away. It seemed comfortable and the controls are all in easy to find places. The headset has Selectable Voice Monitoring , which is, well, selectable, and should please those users who want a choice as to whether or not they can hear their voice in the headset. 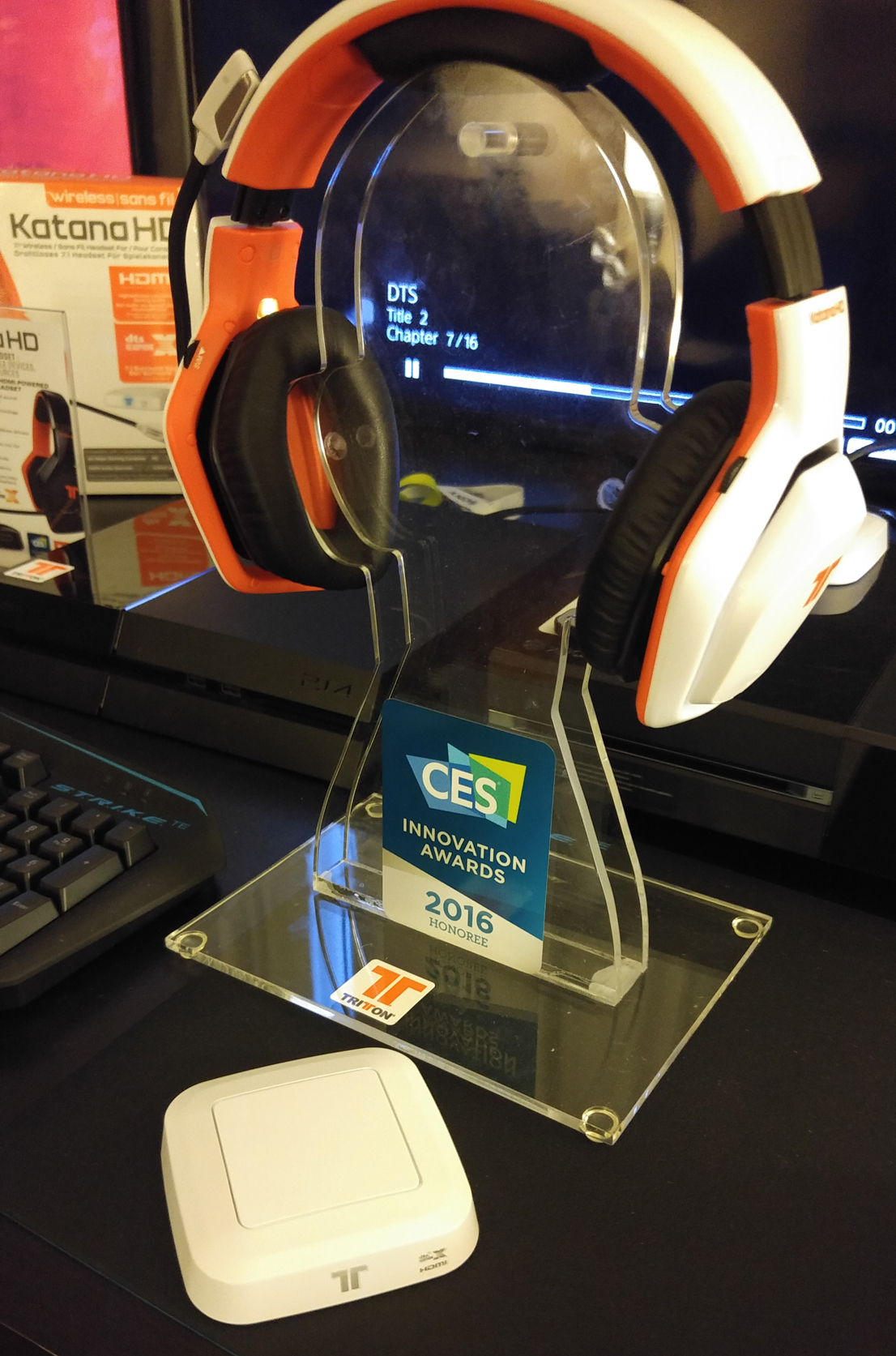 Playing around this year and last year's DTS demo discs, I had a great time feeling out the surround sound. Although I expect the final version to be even better, I would think any user who didn't take notice of the surround sound was crazy or inattentive.

To be clear, the HDMI passthrough will be compatible with HDMI 1.4a at a minimum, which is good since that's what the consoles use. The passthrough works even when the headset is off, and is promised to leave the signal unmolested. How this will work with a HDMI 2.0 device is something that I'll be checking once I can get hands-on with the Tritton Katana HD later this year. 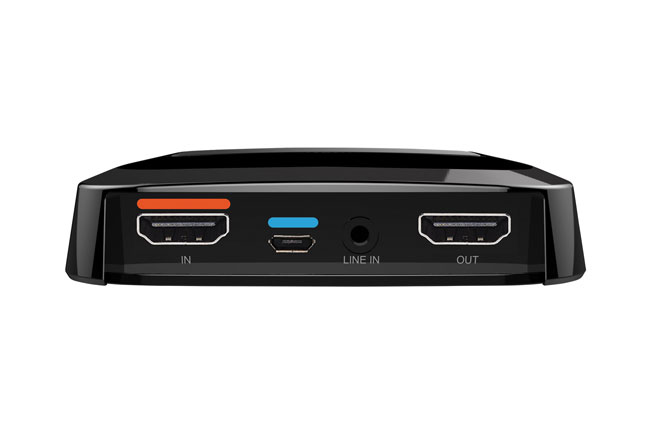 At $249.99, the Tritton Katana HD 7.1 Wireless Headset is certainly priced in the upper echelon of gaming headsets; however, the Katana HD 7.1 Wireless currently has no legitimate competition. HDMI functionality from a headset is long overdue, and in this headset, the surrounding features are top shelf. This product's realization of DTS Headphone:X is on another plane as well. What remains then is to get this headset in my office. I want to play 'Metal Gear Solid V: the Phantom Pain' and listen to my favorites parts of 'Godzilla.' By the time that March comes, 'Tom Clancy's The Division' will hit, and in April, 'Uncharted 4: A Thief's End' will arrive begging for the best-in-class sound. That's not even talking about great sounding films like 'Creed' and 'The Revenant.' Eventually, other headset-makers are going to need play catch-up, but in the meantime, March can't come soon enough. 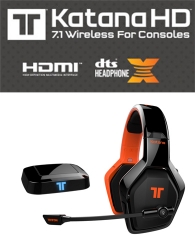