'Street Fighter V – A Shadow Falls' Is Something Every 'Street Fighter' Fan Should Play, But It's Not Alone Among the Important New Content in 'SFV'

This past week, 'Street Fighter V' received its most significant content update to date. This major update is clearly something that Capcom wanted to get out to attract fans (casual or otherwise) ahead of EVO, and, when counting in all the changes since the original February release, I can say that the game has made major steps forward. It's borderline worth re-reviewing, although to be clear, most of the changes have been in the form of both free added content and paid content.

While I'm really just itching to write about the free 'A Shadow Falls' cinematic story mode, there were other bits of content that hit yesterday. Not one, but two DLC characters, Balrog and Ibuki, joined the DLC roster, which is a big deal for season pass owners, a to a lesser degree, all players. The DLC characters can be unlocked via the in-game earnable Fight Money, and they can even be tried out for free through 'A Shadow Falls.' 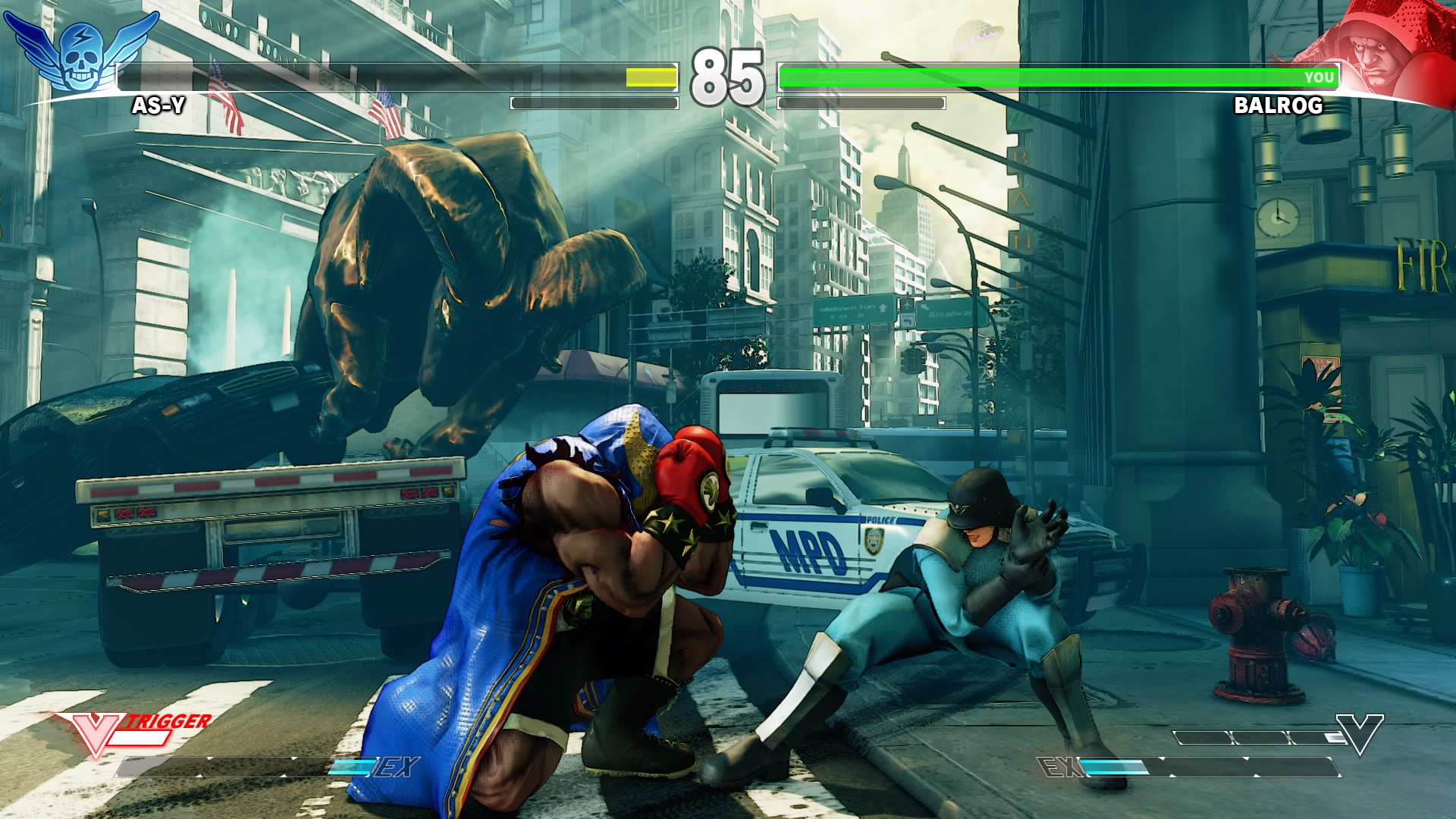 Speaking of Fight Money (and cash money), 'Street Fighter V' now has lots of additional content available to be purchased. Season pass owners can now enjoy having four DLC characters with an extra costume for each one as well as a single extra stage, the Air Force base. Two other stages, and three alternate stages can now be bought. Ditto for the preorder bonus costumes, and a mess of other, new premium costumes. At $4 apiece, these premium costumes are too expensive for me to buy willy-nilly, but for the moment, it's just nice to see that there will be some options.

On the gameplay side, two new and unreleased characters, Juri and Urien, are playable in 'A Shadow Falls,' and these two are definitely not the only characters of interest featured in this new story mode. 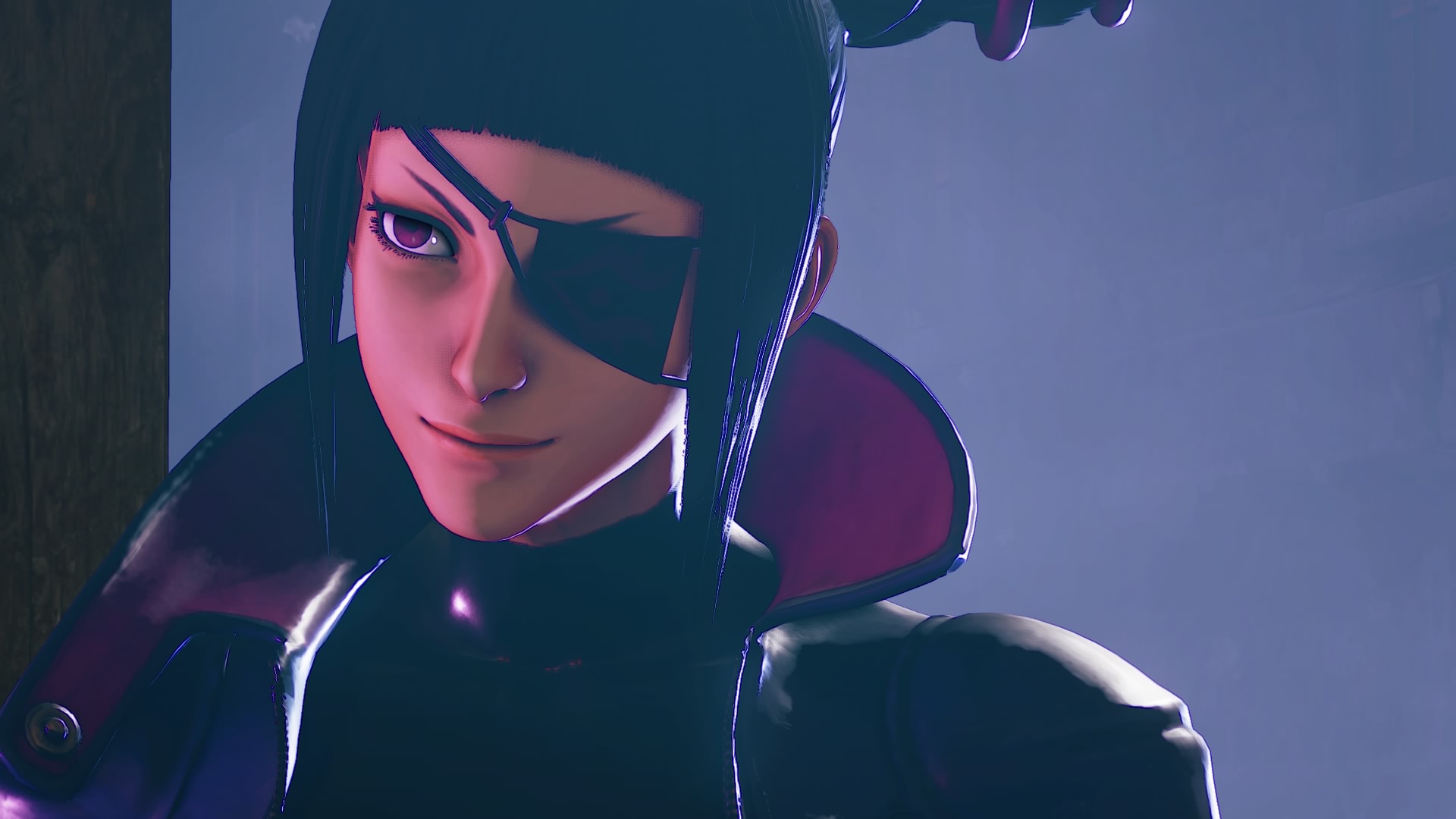 ('A Shadow Falls' is a free update, but it must be downloaded like an add-on to play. On PS4, this is 7.6GB download. See here. My playthrough was conducted using a digital PS4 version.) 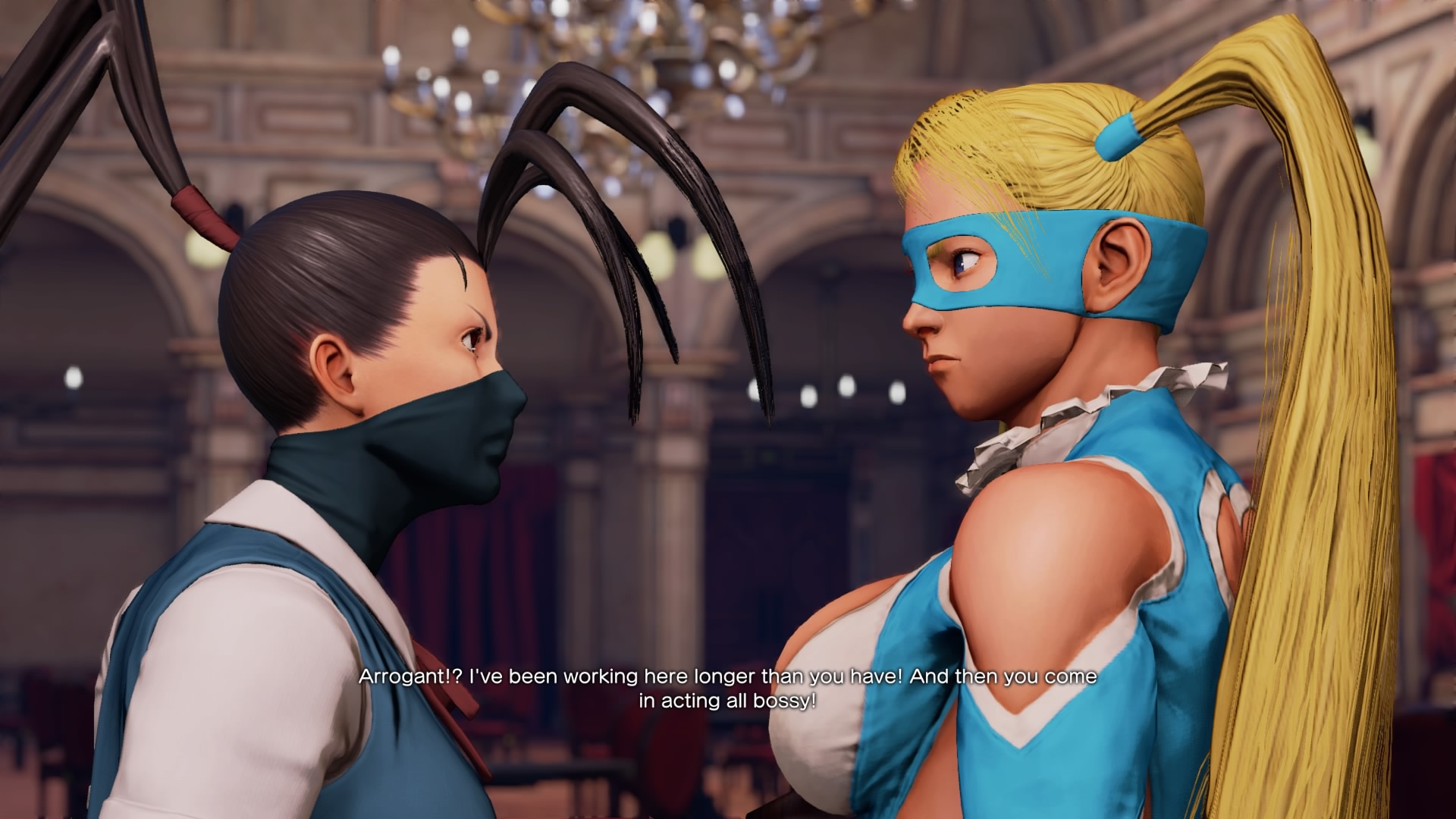 So how do I, a longtime 'Street Fighter' fan feel about 'A Shadow Falls?' Well, from within a 'Street Fighter' bubble, it's pretty great. It's like an animated 'Street Fighter' movie, but rendered in Unreal 4 with playable bits. As I said before, it's not all the DLC characters and the current roster that are featured. There is a nice sprinkling of NPCs that wind up as in-match opponents. Some are generic, like Shadaloo henchmen, but others could easily wind up being named DLC characters in the future.

And that's just the in-game characters. 'A Shadow Falls' is mainly cutscenes. (Rendered cutscenes, and not those still ones from the character story mode.) The matches are one-round affairs, and the game often has the player playing a good guy for a round, only to follow-up with a round where the player now controls a bad guy. These matches can be skipped, but there is no divergent outcome. That is, the story does not have branching gameplay. And yet, within the linear story, there is a mess of storylines and characters. The story spans the globe, but of course, all the matches wind up occurring in in-game stages. So that means, there's lots of London/Brazil/Waterfall, etc. 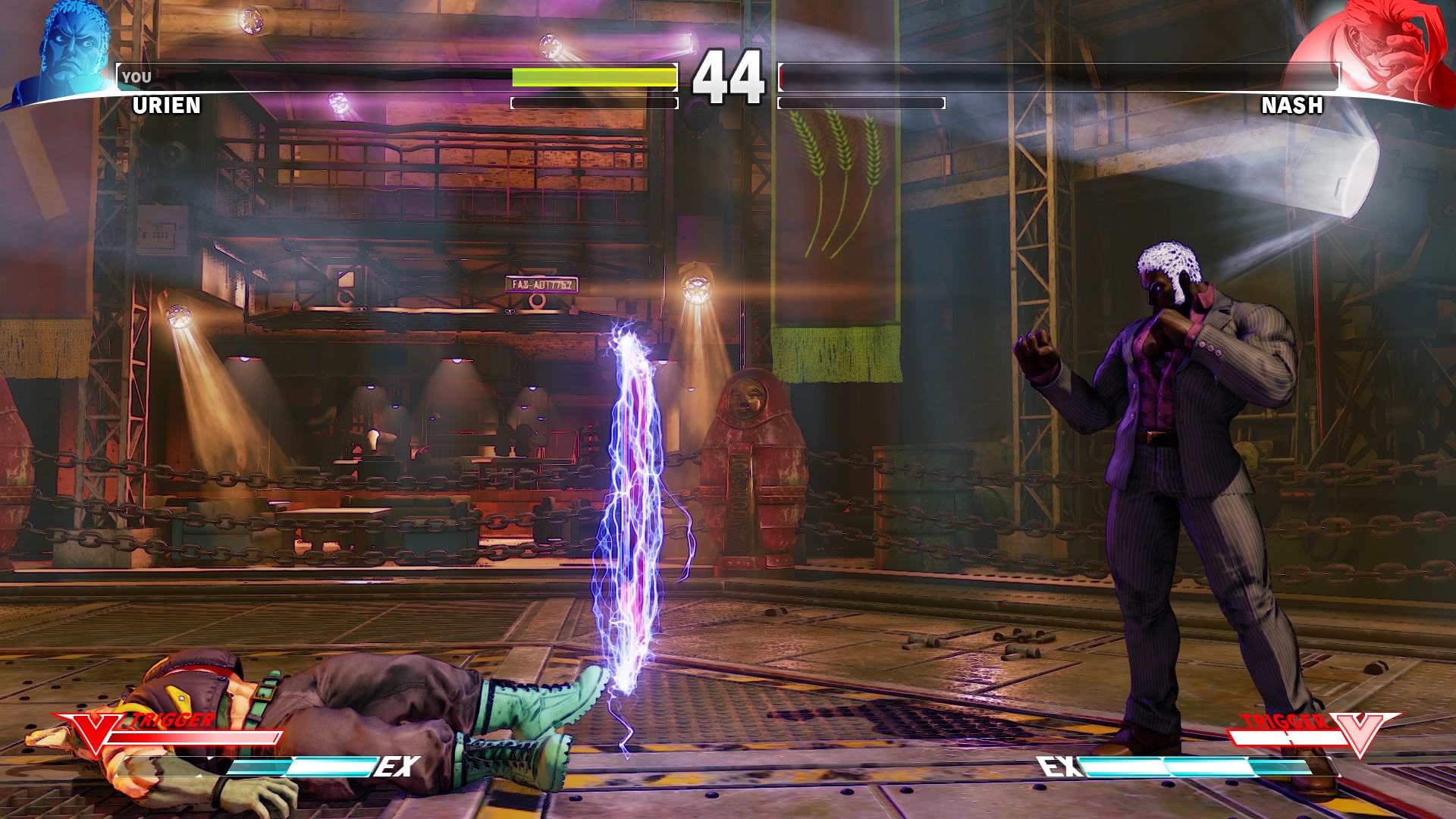 The difficulty of the matches is quite low, but it does spike in a few places. After beating the whole thing, each scene can be played again with a tougher difficulty setting. Capcom basically has players doing a tourist thing. I would be interesting to one day see this mode filled out with a well-rounded CPU and matches rather than single rounds. 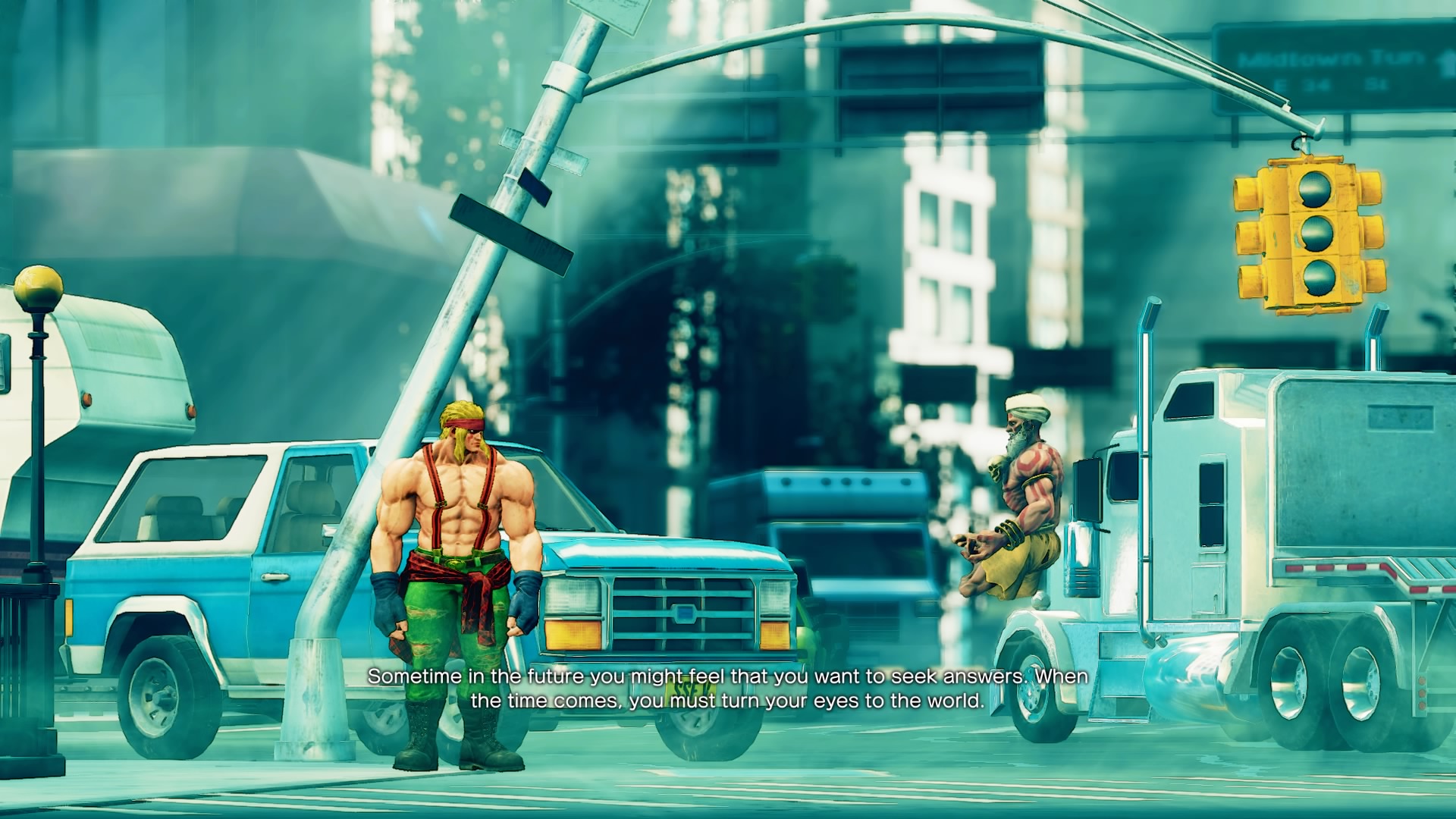 Sadly, the cutscene, quick match (all timeouts go to the computer), load screen, and then cutscene format, isn't especially smooth. I was so jacked up to play Juri, but the gameplay interludes are all-too brief. Taking in all 'A Shadow Falls' in one sitting over a few hours might not have best idea either as it seemed to drag as it moved along. (Way too many F.A.N.G. scenes.) 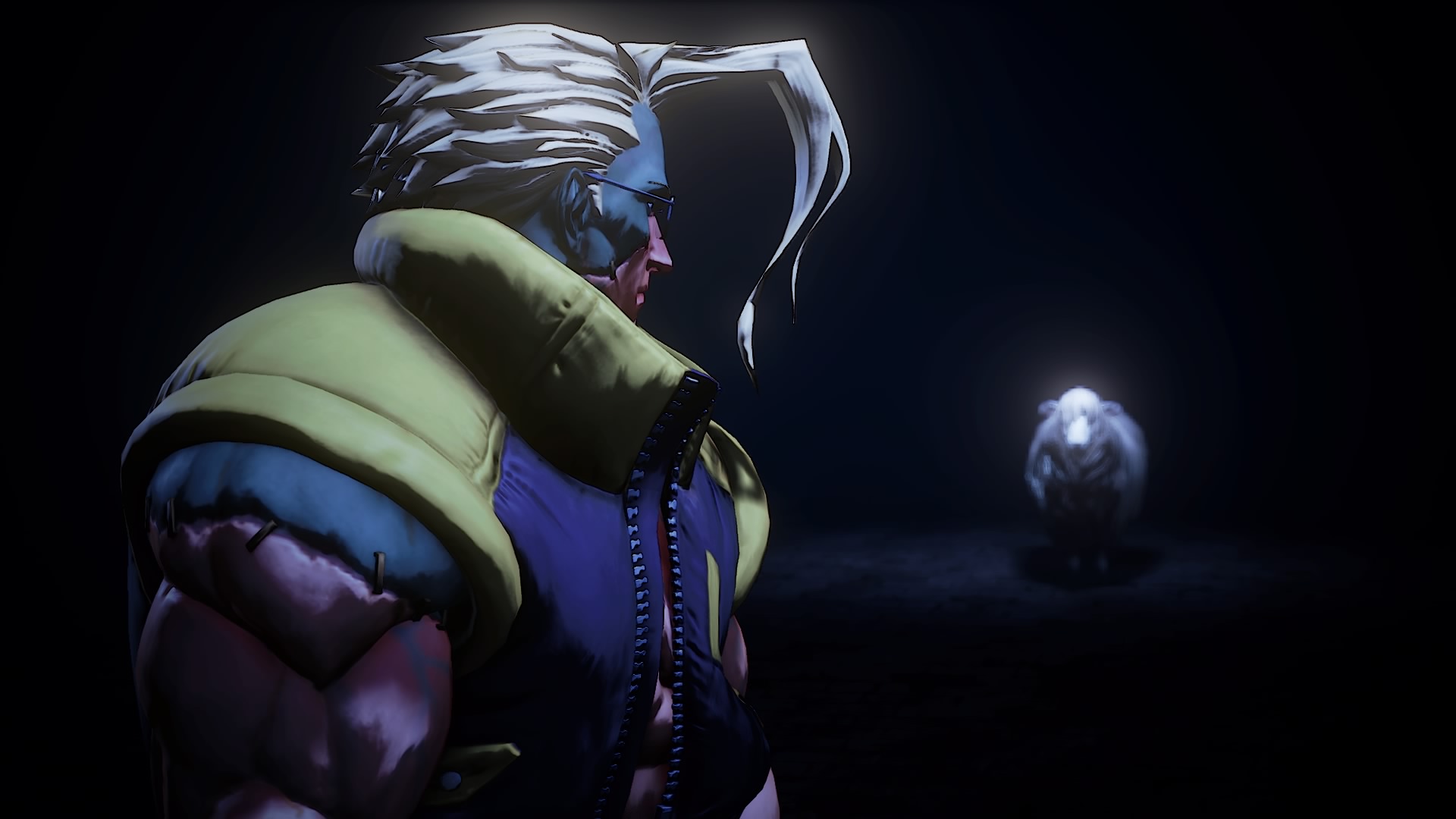 From outside the 'Street Fighter' bubble, 'A Shadow Falls' is light on gameplay, and all too-often given to contriving situations to add more characters into a given scene. (Fan service to be sure.) The Unreal 4 engine, which is key to making this first in a 'Street Fighter' history experience possible, is often let down by middling environment art, hyperactive hair physics, and even year 2000 era ninja character models. There are moments when it comes together, but the art style employed is likely to be polarizing. 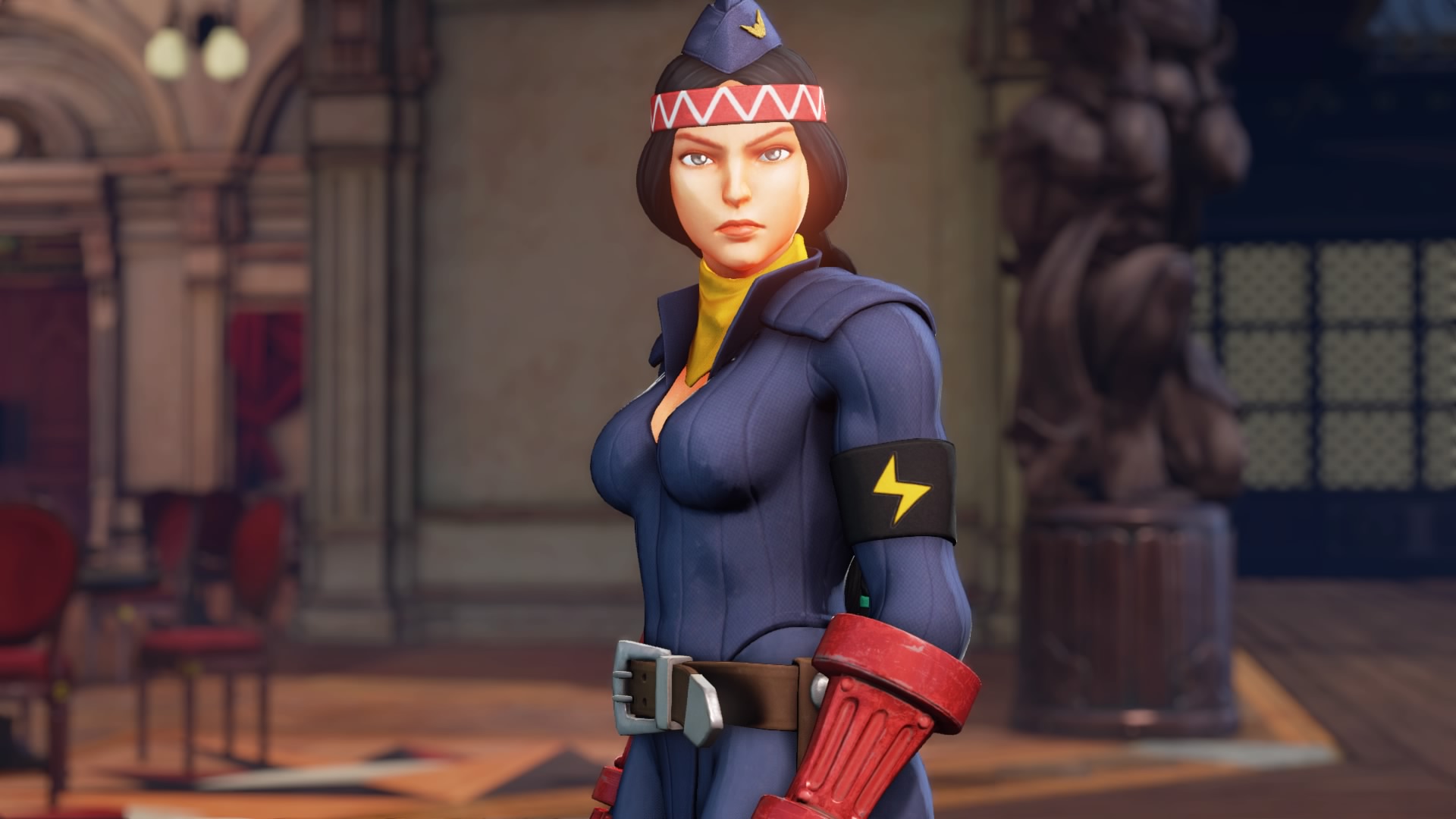 Almost like a serialization, several major story bits wind up petering out rather than reaching a satisfactory conclusion. But for fans of the characters, this is like the new lexicon. For me, I have to laugh when I think of all the 'SFIV' fans now being led into the story beats of 'SFIII.' The upshot is that the production quality (Japanese voices), story, and even gameplay aspects are great enough to warrant another such sojourn should Capcom create something more, say next year. 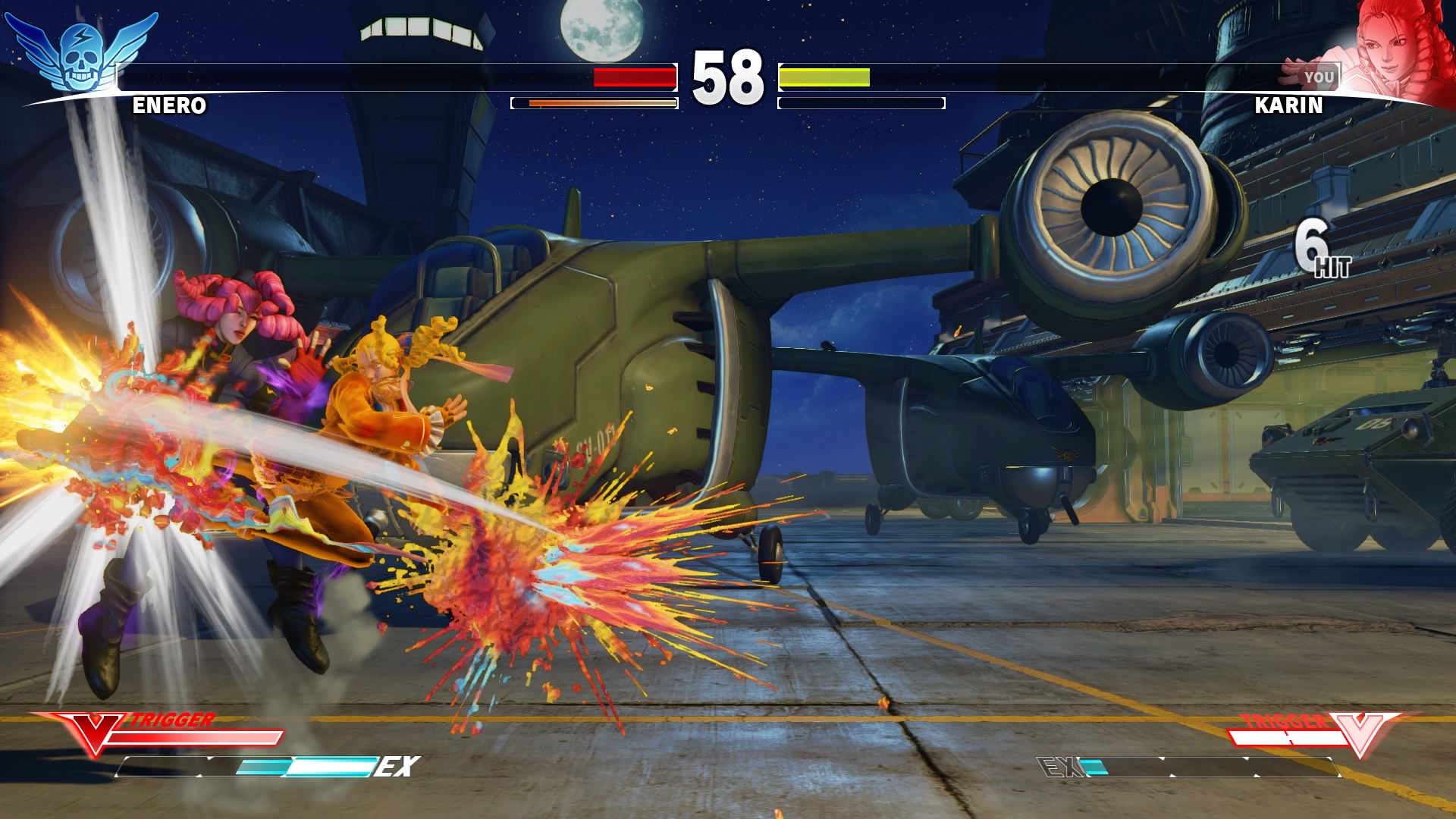 Speaking to the overall 'Street Fighter V' situation, Capcom will need to continue its roster additions. There have been some important impactful strides that have helped to polish the game up in a way that was missing at the launch. I still certainly want to see an arcade mode and better CPU opponent. (And I think this game should have an arcade version as well.) The priority now, however, ought to be ensuring that all the fans (old and new) coming to the game have a stable online experience, Battle Lounges and overall match-making worthy of a premiere fighter.