When it comes to video game merchandise, I'm usually headed in the other direction. There are cons full of stuff that falls short of the mark. And yet, every once in a while, there is something that really captures the iconic nature of the character.

And that is exactly how I would describe PDP's Pixel Pals Mega Man. 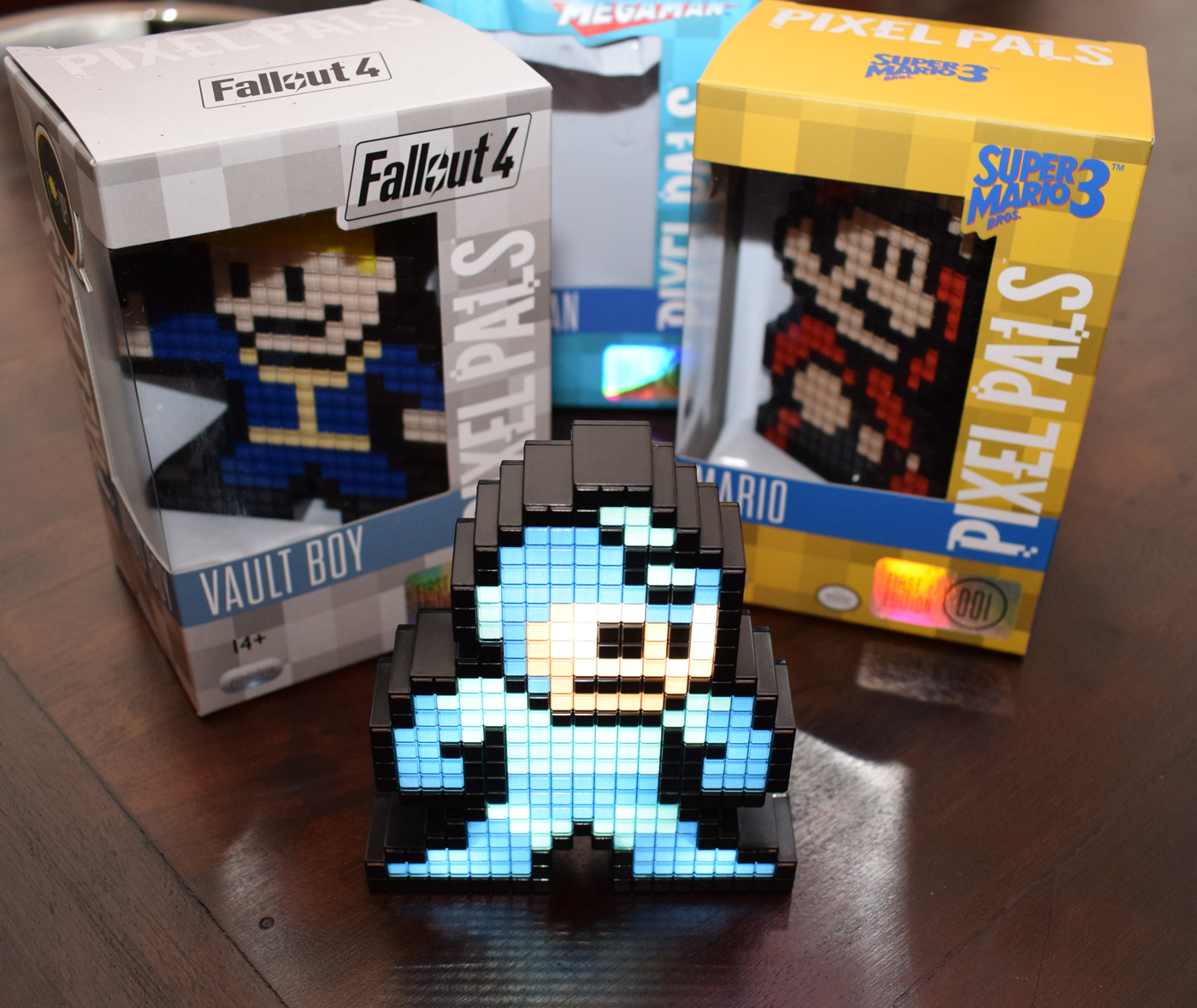 At nearly five inches tall, the Blue Bomber looks like he just walked off the NES and onto my desk. Flipping on the battery-powered light, and Mega Man looks like he could take on the world, but you know, he's just standing there for the moment, poised to start his run.

These Pixel Pals, which thus far include Mario of the 'Super Mario Bros. 3' incarnation and a very encouraging Vault Boy (always on ominous sign) as well as Mega Man, are a PDP figure-like product. They light up courtesy of two AAA batteries (which are included) and come in a presentation box. These will be $14.99 when they hit GameStop later this month (November 25th), and the three that I have on hand have been marked both with a figure number on the box, and with a "First Edition" that is on the box and on the figure. 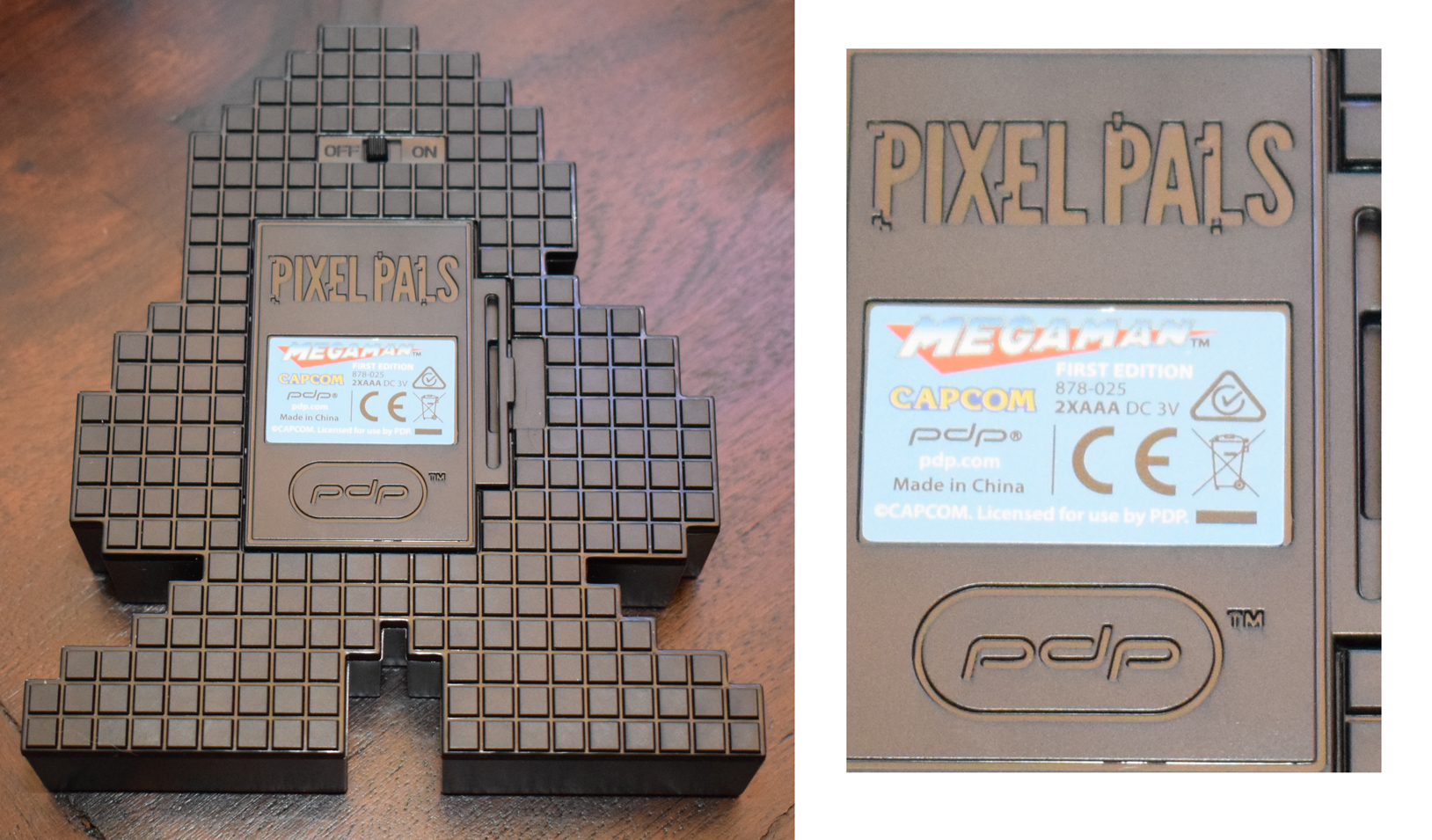 The Pixel Pals are brilliant. They are portable without being diminutive, and their flat bases mean they stand with ease. The little power switch on the back controls the light (On/Off), and when lit up, the Pixel Pals really pop.

That they are so simple and self-contained and that the price is reasonable, is all great. The one omission that I might ask for is some kind of USB power lead. The AAA batteries make Mega Man look awesome for a dozen hours or so, and then things go dim and continue fading until fresh batteries are supplied. 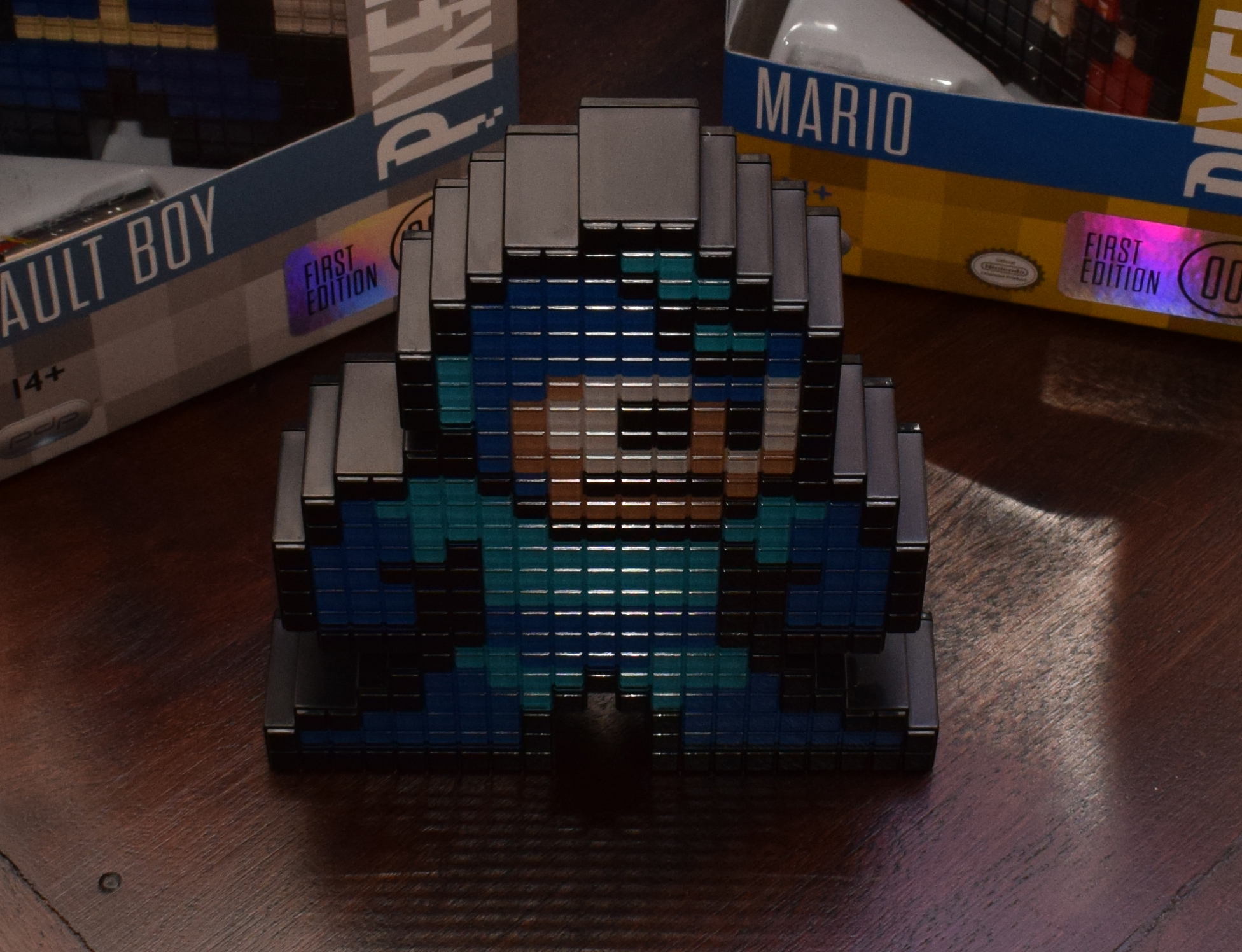 Using rechargeable batteries would help, but I'd be happy to have Mega Man lighting my desk 24/7.

Just look at him in the dark: 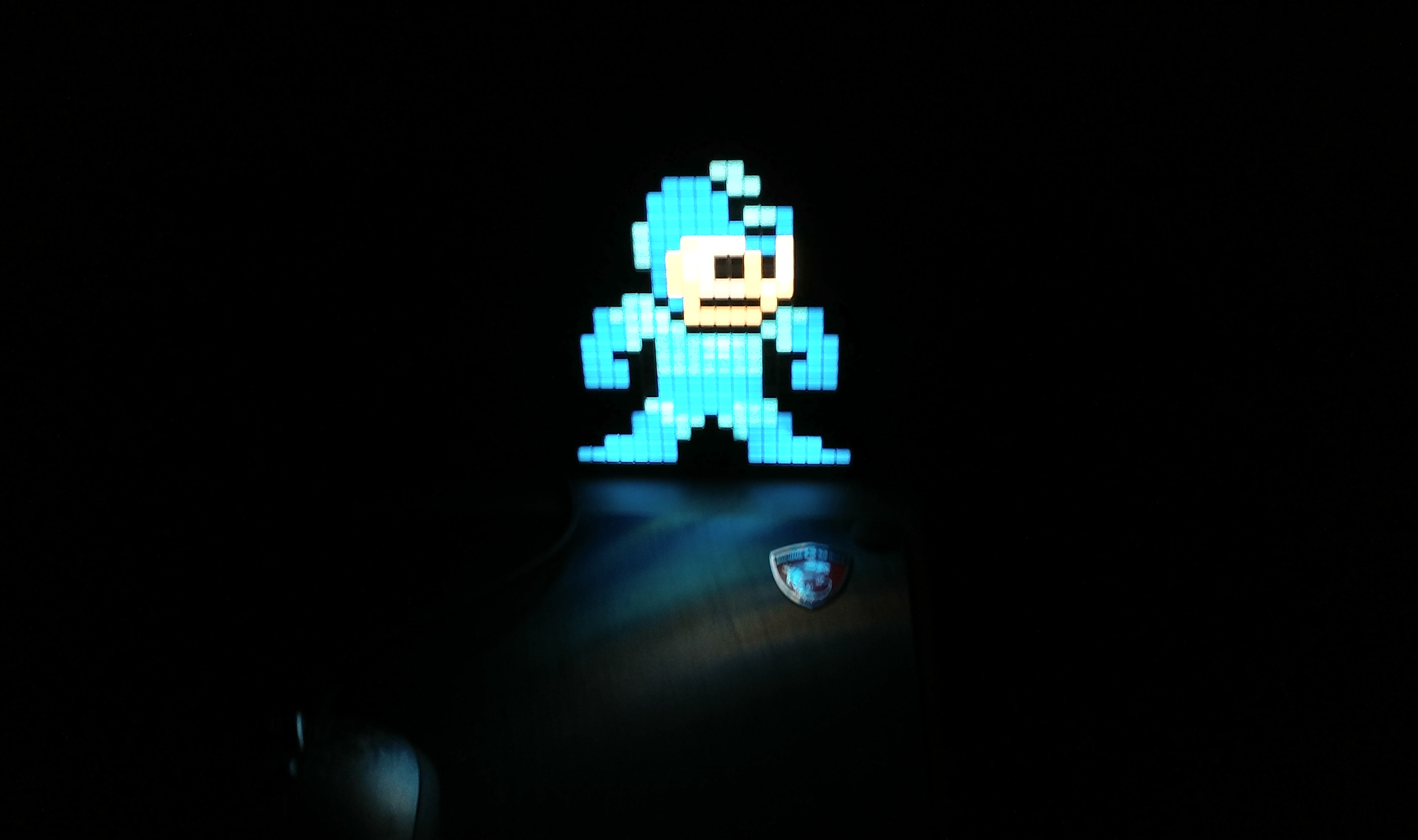 I expect these will be pretty popular this holiday season, and then we will see more characters added. I can think of lots of 8-bit icons that would do well (as well as say characters like Shovel Knight).