Today, at the Intel Developer Forum 2015, Razer and Intel announced a new partnership which should have streamers and VR producers turning their heads. Using Intel's RealSense tech, Razer's camera is currently in concept phase, and should be able to both scan in 3D and detect and recognize motions and gestures, which means applications in capturing VR content and in interactive media. Specifically, the camera could be used to capture content for Razer's own OSVR headset, but as with other OSVR initiatives, the camera won't be restricted to just OSVR playback.

More importantly, the camera tech can detect and replace backgrounds on the fly. The tech was developed for video-conferencing, but it's the burgeoning game-streaming market that looks to take immediate advantage.

From Razer CEO, Min-Liang Tan, "Razer is excited to be working with Intel, using Intel RealSense technology to help pioneer work for game broadcasting, as well as with VR, with support from the growing OSVR movement. Gamers will, we expect, be able to enhance their broadcasting and VR experience in unprecedented ways."

While Razer's RealSense Camera is still being developed, the camera is being shown in San Francisco at IDF 15. 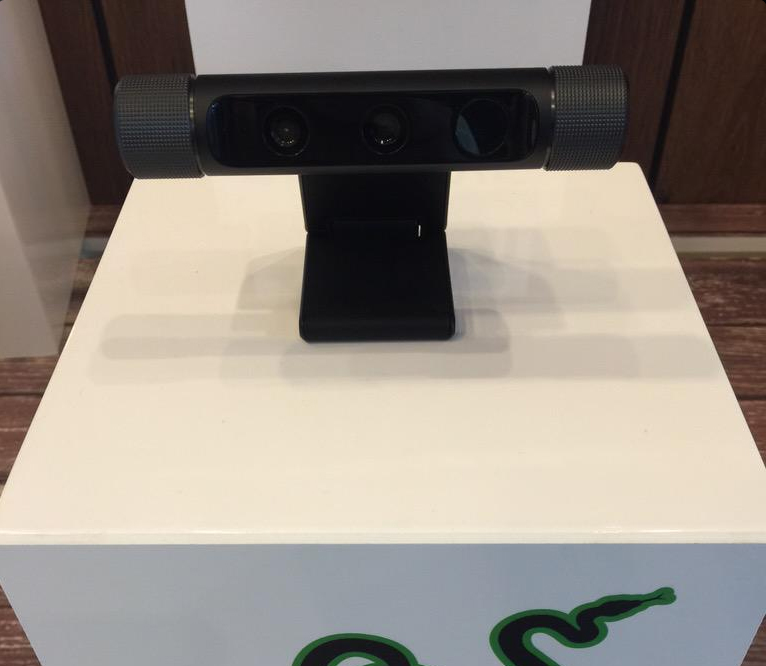