'Hyrule' looking better than ever.

When Nintendo first revealed 'Hyrule Warriors,' it looked like a simple 'Dynasty Warriors' with Link skin game. As details and demos have become available, the new game has shown flashed of being more, but now after last night's Hyrule Warriors Direct, the game is finally looking fully featured and not to be missed.

Adventure Mode: Players are faced with a grid of challenges that looks like the map from The Legend of Zelda on NES. Completing each challenge unlocks a new region of the map, and with it, a new level of Adventure Mode. Certain characters and weapons can only be unlocked in Adventure Mode.

Costumes: Club Nintendo members who buy and register Hyrule Warriors within four weeks of launch will receive a set of alternate Ganondorf costumes as free in-game downloadable content. More details will be made available on https://club.nintendo.com. For certain other characters, Nintendo will make downloadable alternate costumes available as pre-order bonuses from select retailers in North America. Nintendo will announce more information about how to get these cosmetic add-ons in the future. 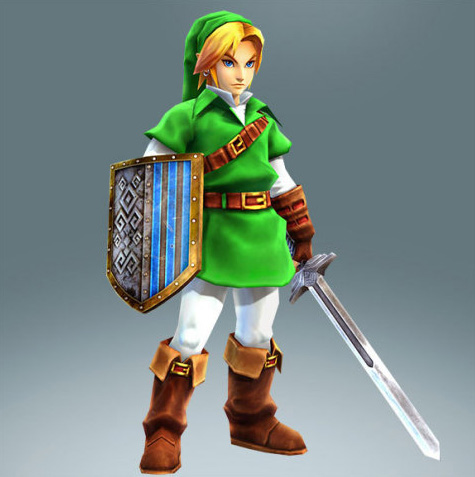 Weapons: A Chain Chomp will make a guest appearance as a weapon. As the story advances, new weapons will become available to some characters, such as the Magic Rod for Link, the Baton for Zelda and Spear for Lana. Weapons have special abilities called Skills that increase attack damage, or perhaps increase the chance of finding Hearts. Filling the Focus Spirit magic gauge will temporarily increase a character’s abilities and help to mow down huge numbers of enemies. And Bombchus are back, just bigger and more explosive.

Game Play: Players can level their characters up to increase HP and attack skill, or they can grab materials dropped by defeated monsters to craft Badges to increase a weapon’s number of attacks, create longer combos or extend Focus Spirit time.

Classic Zelda Elements: Players will recognize items from their favorite Zelda games, including bombs, arrows and a Hookshot. The game is filled with familiar Zelda staples, such as Cuccos, Rupees, Gold Skulltulas and plenty of grass cutting.