You Can't Take The 'Sky' From Me: 'No Man's Sky' Has Officially Gone Gold

Game will officially be meeting its current release date.

After years of hard work, hype, mainstream attention, blood, sweat, tears, and death threats, it can officially be said that 'No Man's Sky' is finished, and it is a reality.

Hello Games' founder Sean Murray tweeted the news, with a picture of his stunningly tiny dev team, and what is more than likely the very first finished copy of the game on a disc. And that is, pun unintended, stellar news. 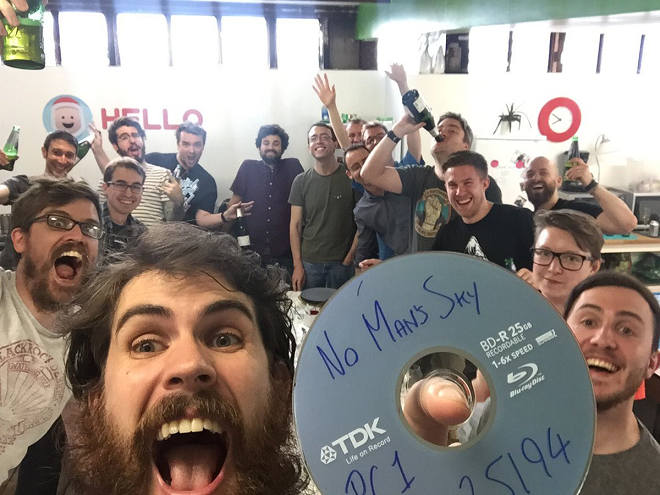 What this means is that the game will absolutely be keeping to its current release date of August the 9th, so anyone expecting any push back on that can quit it. But also that now, we are officially a month away from finding out if Murray has in fact delivered on the immense, earth-shattering ambition promised with every tiny bit of gameplay footage. It's coming. And we sincerely can't wait to see if the patience will be rewarded.