Great news if you're an American who loves Sony, though.

Good news for 'Rock Band' players: Harmonix has announced that you are now officially able to import 'Rock Band 1' out to 'Rock Band 4'. The process is pretty much the same as the 'Rock Band 3' tracks, where the Exports section will show "RB1 Disc Export Pack", which the happy exception that this time, if you exported the game to one of the other titles in the series at any point, the pack will be there for the low, low price of Free. 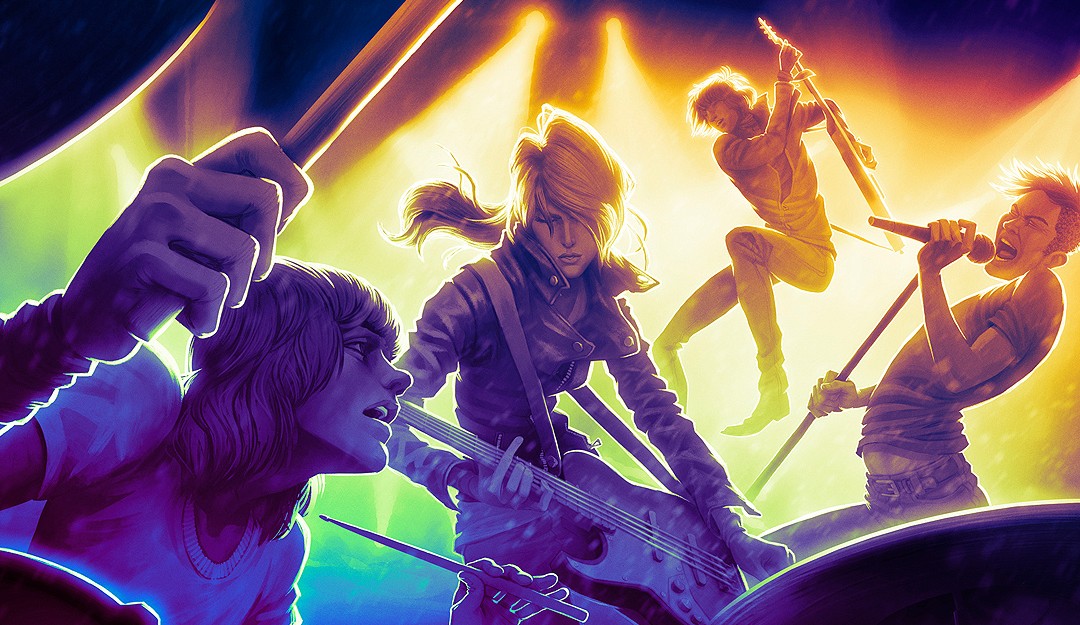 The bad news is that the eight independent Harmonix-provided tracks from 'Rock Band'--including Freezepop, Vagiant, Bang Camaro, and others--are not included, though they state the songs will be available at a later time. There were, however, three songs that could never be exported from 'Rock Band' to begin with--that'd be Black Sabbath's "Paranoid", Iron Maiden's "Run To The Hills", and Metallica's "Enter Sandman"--and to the surprise of no one, they're still not happening. Licensing is a harsh mistress.

The really bad news is this: The import is currently only available to PS4 owners in North America. Harmonix has promised the export's definitely on its way for Xbox folks and Europe, but there's no specifics about that whatsoever. One supposes this makes for one nice little apology for all the issues the PSn has had with DLC since launch, but still. Waiting till everybody could bring over their tracks till later would've been preferable. PS4 owners are probably over the moon, though, so, enjoy that.