'Halo 5: Guardians' is the follow-up to 2012’s 'Halo 4', and will be the second game in the series to be developed by Microsoft subsidiary 343 Industries. It has been slated for a release sometime in 2015 on the Xbox One, and for the last few weeks we’ve been playing the multiplayer beta available to owners of the 'Master Chief Collection'.

'Halo' has traditionally been a slower FPS experience, particularly when the multiplayer is compared to the likes of 'Call of Duty' or the more recent 'Titanfall'. Each combatant has rechargeable shields that allow for intense firefights - one-shot kills are possible, but only with powerful weapons or lucky grenades. Most kills are earned by doggedly plugging away at the opponent’s shields before they can escape or kill the shooter, and things become much more complicated and excited when other players drop into the mix. 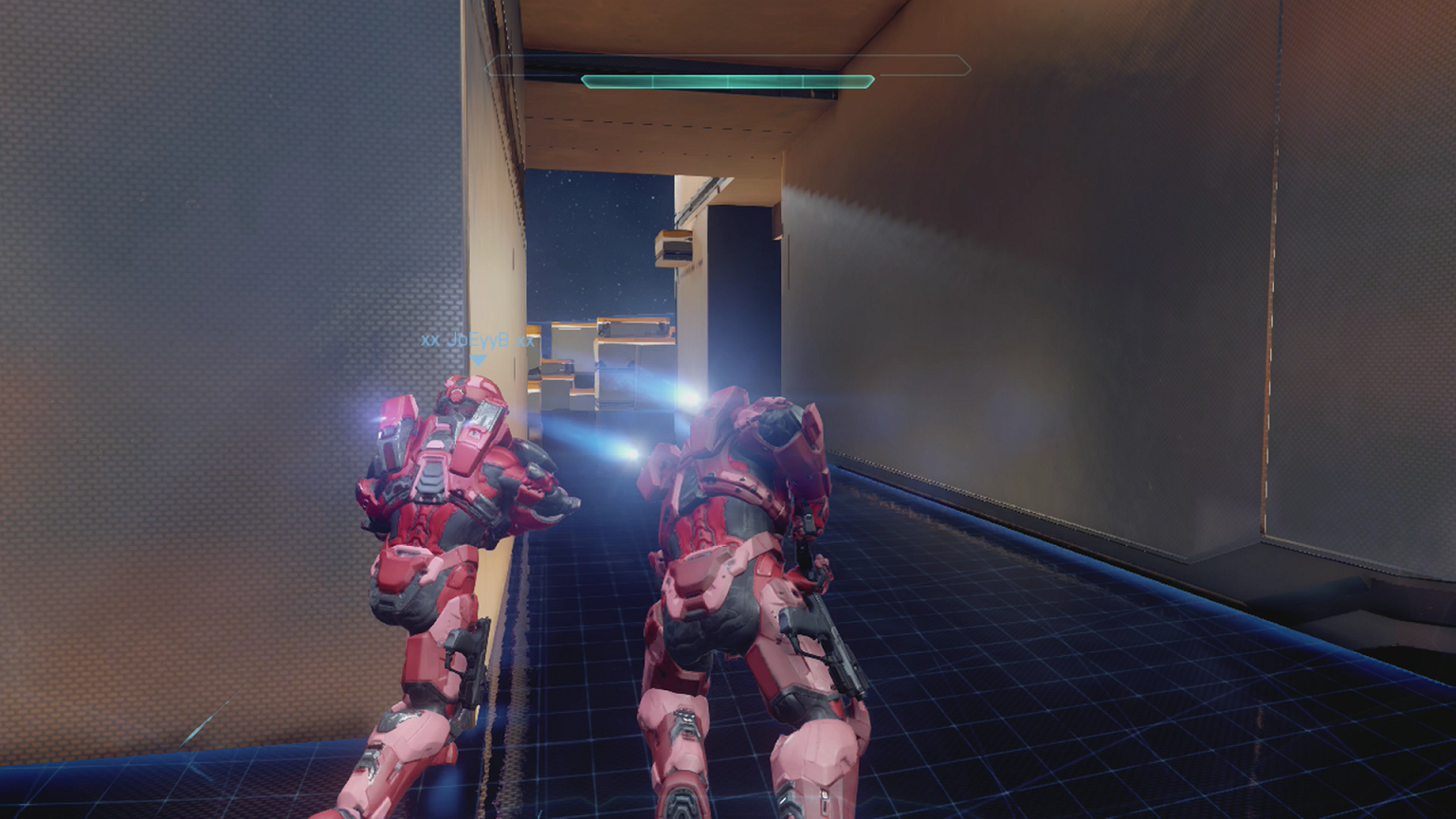 'Halo 5' skews on the faster side of things. It is still not as quick as its contemporaries, but mobility and close-quarters combat has been overhauled significantly. Each Spartan has an unlimited sprint, making maps seem smaller and reducing downtime between each firefight. Shield recharge is very fast, but is disabled during a sprint. The crouch button turns into a long slide when tapped during a sprint, allowing for some defense against headshotting opponents. All weapons can zoom, even the bog standard assault rifle, and zooming in mid-air activates a jetpack for a few seconds of stabilizing hover. This jetpack can also be used for short blasts in any direction, but takes some time to recharge. Hitting the melee while sprinting results in a rough, distance-closing charge attack, similar to the titan charge from 'Destiny'. A clamber animation moves the Spartan over ledges and onto rooftops. And finally, a chargeable air-to-ground melee attack offers instant kills for those able to control it. All of these moves are available to every player at all times - they are not the customizable armor abilities of 'Halo 4'.

The result of all these additions and tweaks is a fast-paced, visceral shooting experience. It is still 'Halo', but feels quite different. For longtime franchise fans it might take some getting used to, but I like the direction that 'Guardians' is taking. The sprinting and melee options in particular are very nice for players less interested in the omnipresent precision weapons. The increased speed means that I spent less time wandering around the map looking for the next opponent to kill me.

This is My Rifle

As previously mentioned, all guns now have at least a base level of zoom (dubbed the "smart scope"), even the automatic ones. Presumably to complement this, offensive descoping has returned, or as I like to call it, "Hitting the sniper with just one bullet so I can run away”. Many of the older guns have been given upgrades in both the visual and audio departments, and they sound quite mean and feel powerful. About a dozen weapons have been available in the beta, most of them carried over from previous entries. The only truly new weapon is the Hydra rapid-fire missile launcher that can lock onto enemy infantry and is extremely effective, but has an extended reload period. Among the returning weapons, my favorite is the SMG, a fully automatic weapon with a modest scope, making it a lovechild of the assault rifle and the three-round burst battle rifle.

The three gametypes exhibited have been classic Slayer, Breakout, and Strongholds. Slayer is the same as it ever was - quick kills and respawns, great capacity for teamwork. Breakout is a no-respawn, multi-round match in the vein of 'Titanfall’s' Last Titan Standing mode. Each round is do or die - the last team with someone surviving wins the round. These matches are extremely fast and feature reduced shielding, evoking memories of the highly popular SWAT gametype that itself was a compromise for more realistic (not sci-fi) shooter fans. The primary map used was Lockout, a 'Tron'-like virtual reality grid dotted liberally with high and low cover. Breakout is fun, but the unforgiving respawn and short match lengths pushed me towards Strongholds.

Strongholds is a king of the hill variant. Each map has 3 large hexes that can be controlled by standing in them for a few seconds. Once a team controls at least 2, they begin to accumulate points and continue to do so until dislodged. As with any king of the hill, Strongholds bottlenecks players into tiny spaces and is conducive to prolonged, vicious fights.

Instead of the ordnance drops of the previous game, 'Guardians' heavily promotes control of power weapons. Their spawn times are declared by the Announcer and tooltips mark their locations. When one enters the map, it is akin to a fumble in American football, and all nearby players converge on it, if not to kill with it then to at least deny the other team that same opportunity. The weapons are powerful enough to properly incentivize teams to collect them, but infrequent enough so as to not imbalance the tone of each match. 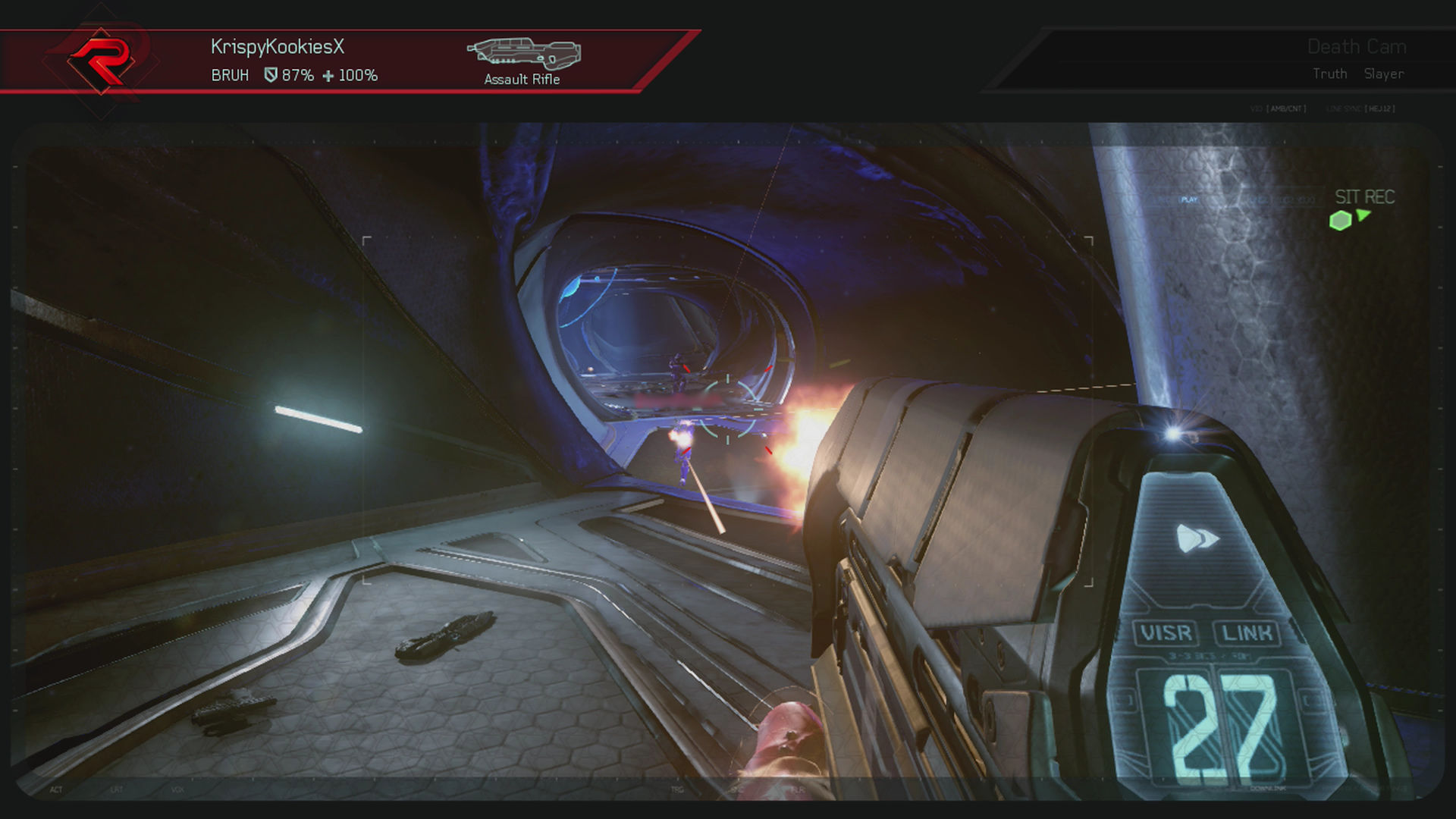 'Halo 5' continues the light-washed aesthetic of the last game, with a minimal but intuitive interface. Textures and models are vivid and detailed, with the exception of Spartan armor which is pretty bland. Presumably the full release will have a huge amount of armor customization. The beta only goes up to 720p, but Microsoft has promised 1080p for the full release, so we could see even better detail in the months to come. The beta runs at 60 FPS and framerate issues are almost nonexistent. There is some intermittent slowdown in matchmaking, but only rarely were the problems serious enough to force a game restart. In this age of terribly planned launches, that’s about as good as we can hope for in a multiplayer release. 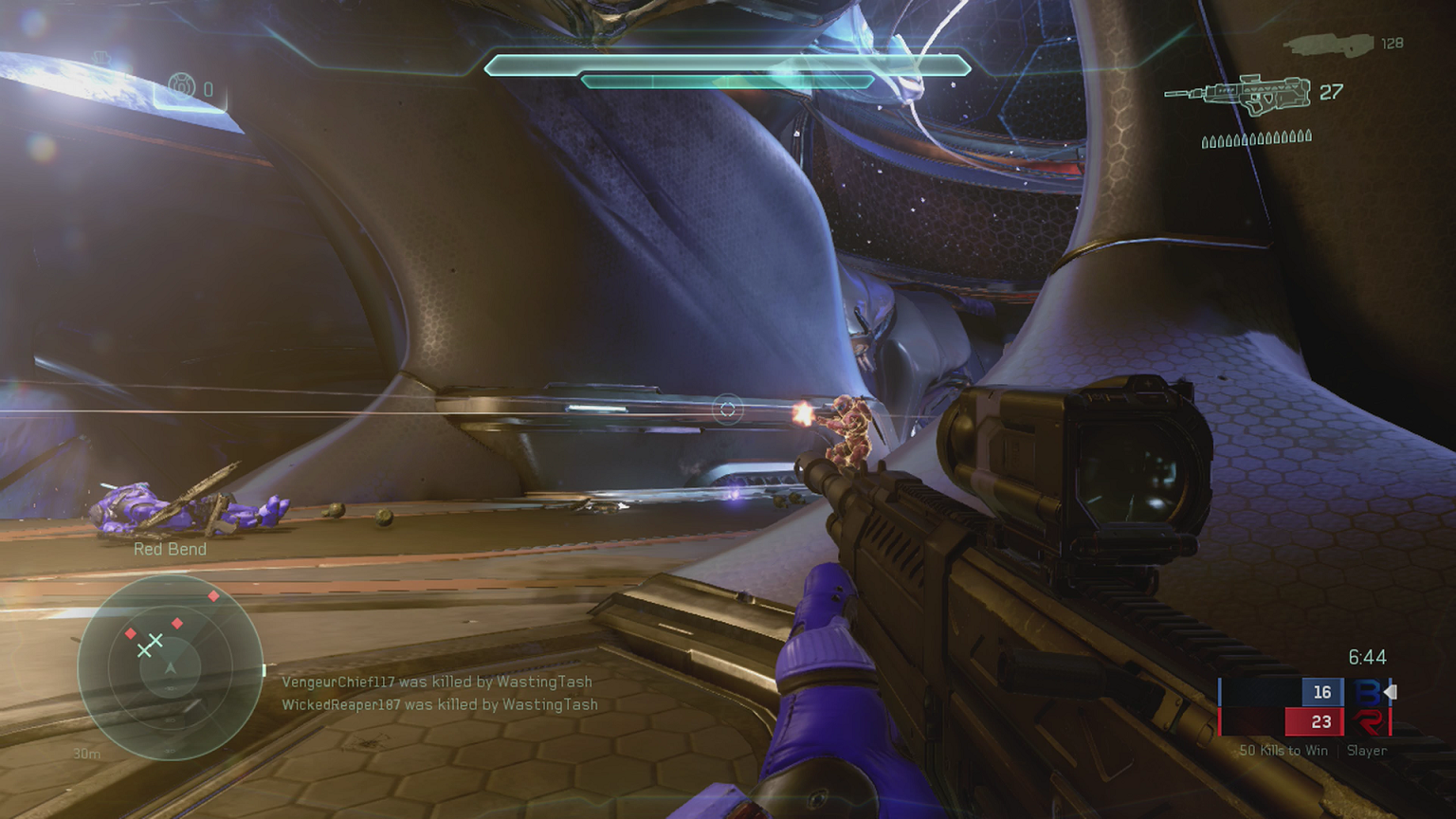 'Halo' is moving away from its roots, but what we have seen so far from this beta is very promising. It has been a relatively abbreviated experience, with only a handful of weapons, gametypes, and maps, but even at this stage it is quite well polished. I’m sure we can expect some tweaks from 343 after they receive feedback from the community, and the release version of 'Guardians' will probably differ from what we’ve been playing the last few weeks. As long as they continue to pair classic 'Halo' with a leaner, meaner profile, there is hope.