'Guitar Hero Live' Gets New Weezer, System of a Down, & Queen Tracks

Thus far, FreeStyleGames' 'Guitar Hero Live' had a big launch at the YouTube Space in LA, and that launch featured a live performance from Weezer. Now, one live Weezer track from that show, plus two from the subsequent iHeartRadio performace are part of the game.

In a new Premium Show, players can play Weezer's 'Thank Goodness for Girls (Live)', 'Undone – The Sweater Song (Live),' and 'Say It Ain’t So (Live).' This being able to record new performances and get them in the game quickly is a big deal. Hopefully, these Weezer tracks are just the beginning. 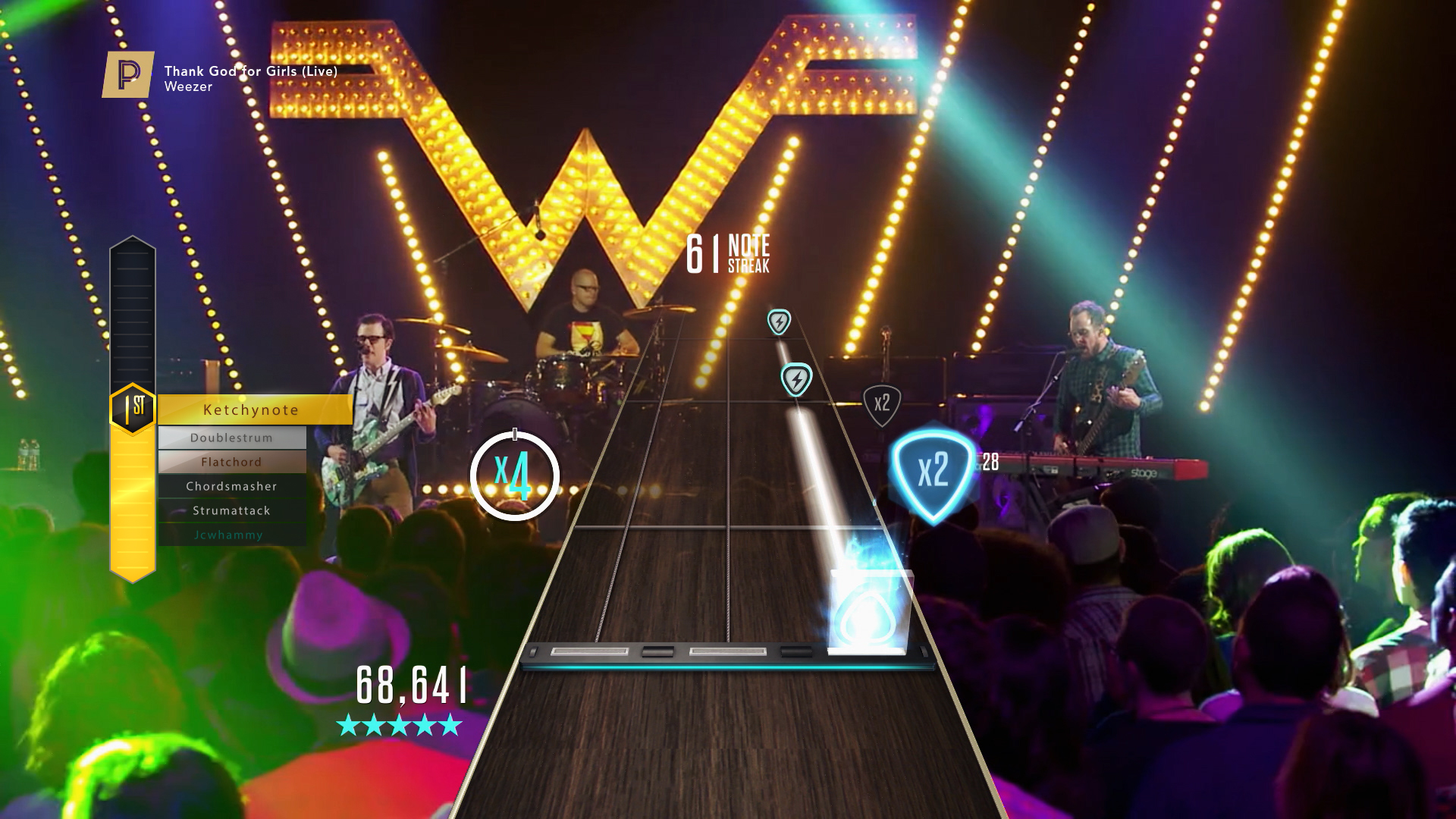 From Weezer, "We've been a part of the Guitar Hero franchise since day one. It's always awesome to see our songs take on new dimensions as part of these games." 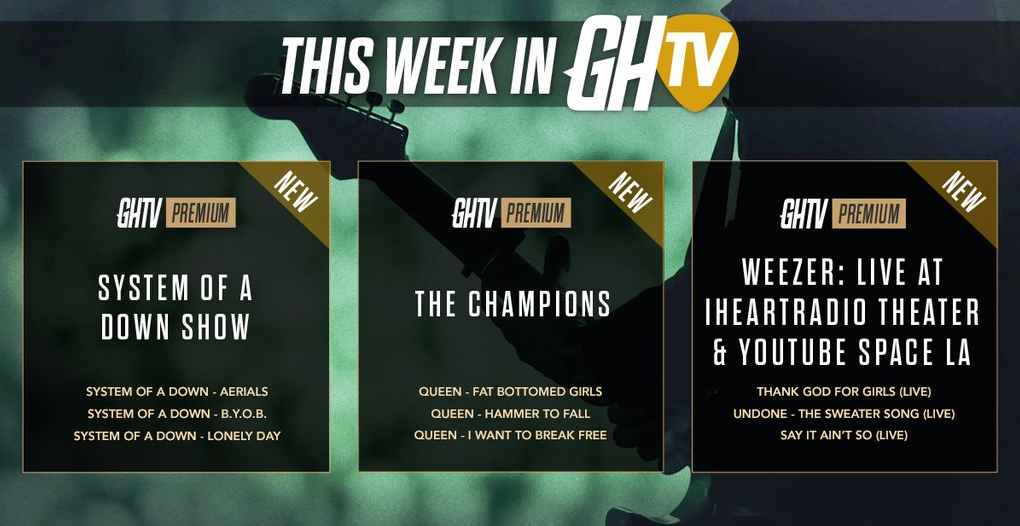 This content is free to play within the game. (Players need to three star three specific Regular songs to get in. This requirement can be bypassed via real money.) Having played through this new Weezer Premium show, I found the 'Undone - The Sweater Song' live performance to be decent, but the two other live songs from the iHeartRadio performance to be much better. 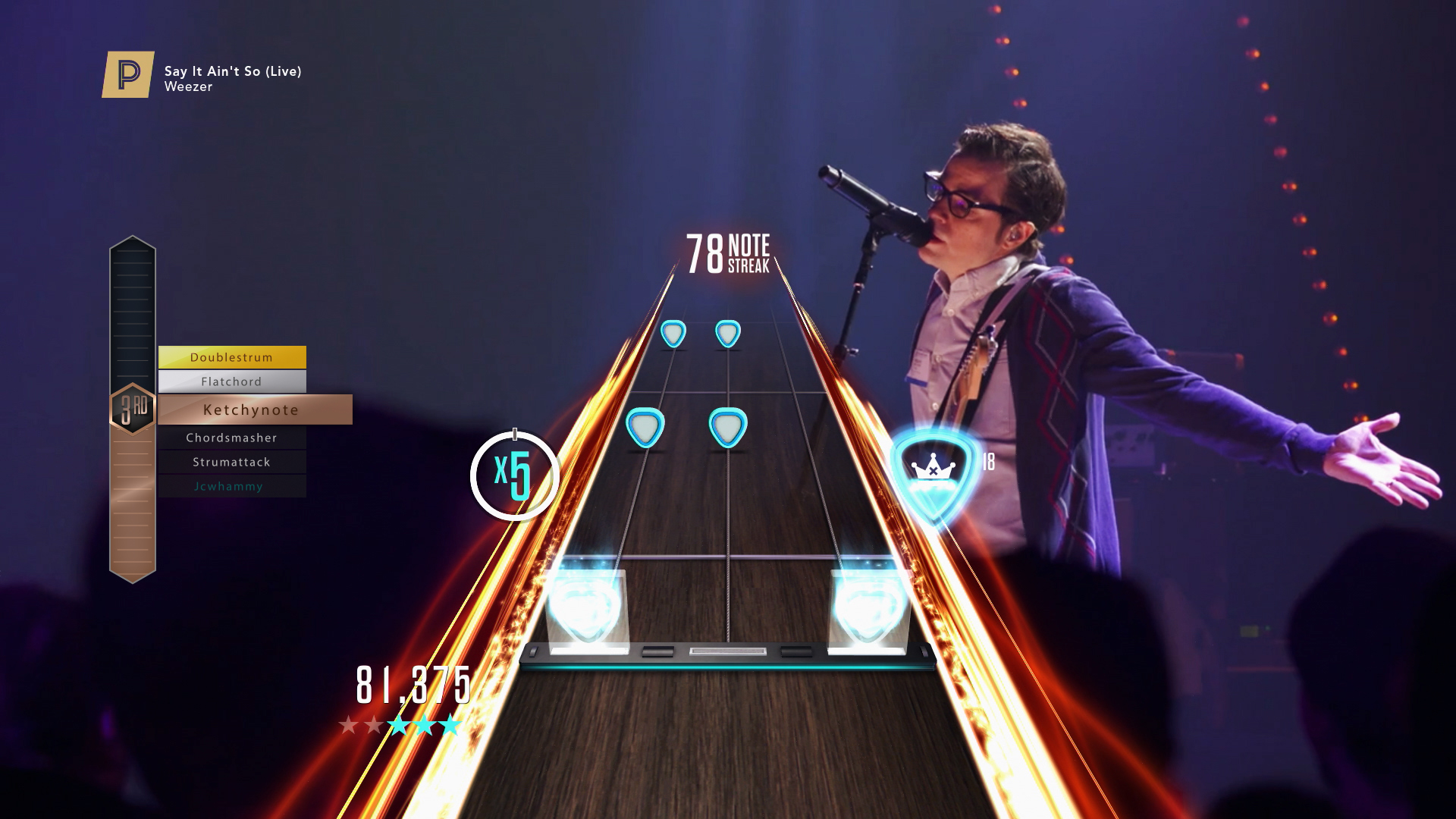 That's not all. Two other Premium shows are also now available.

There is 'The Champions,' which features Queen's 'Fat Bottomed Girls,' 'Hammer to Fall,' and 'I Want To Break Free.' (Players need to three star three Regular songs to get in.)

Then there is the 'System of the Down Show,' which features 'Aerials,' 'B.Y.O.B.,' and 'Lonely Day.' (Players need to four star three songs on Advanced to get in.)