Starts out basic, but ratchets way up.

The 'Indivisible' RPG prototype from Lab Zero has been available to play on PC for some time, and it's something special. Today, the prototype comes free to the PS4. Lab Zero has teamed up with 505 Games to try to get this game funded. Currently, the funding is at $586,982 out of the $1.5million goal (which 505 Games would match).

The free prototype is due out on the PS4 tonight. This is for North America, the EU version is still being tested at Sony,

In the 'Indivisible' prototype, players start out with Ajna, a combative female lead. When roaming around metroidvanie style, Anja enters battles in an action RPG way, with a classic side by side look, but with a frenetic combat that picks as Anja picks up party members. 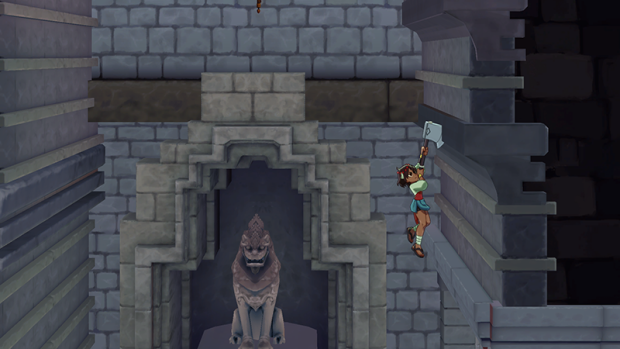 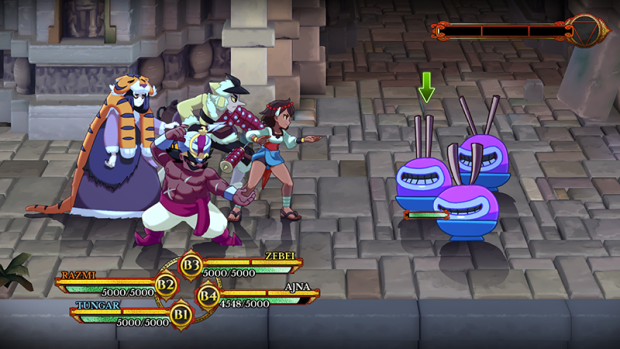 Get the free PC prototype here. It starts slow, so be sure to get a couple of party members before making a judgment. Also be sure that you fight plenty of enemies and get Razmi, the fourth party member, to where she can attack three times (level three meter) and learn how to use her heal ability before fighting the boss seen below:

The purpose of this free prototype is to show where this project is heading (some place special it seems so far). Lab Zero and 505 Games have launched an Indiegogo to get the game funded. (See here.)