Catch all the latest info in one place.

During its latest Active Time Report over the weekend, 'Final Fantasy XV' director Hajime Tabata and global Akio Ofuji revealed several details about the upcoming title, showcasing the development progress they've made as well as reconfirming the game's 2016 release date. The final release date will be revealed at an event on March 30th where a playable tech demo for the game will also be shown off.

The game's magic system was shown off for the first time, detailing how there will be two types of magic: Elemental Magic, which takes the form of consumable items taken from places in the environment (similar to the Draw system from 'Final Fantasy VIII') and is affected by aspects such as the weather and location it's used in (for example, fire magic will spread and burn anything flammable, dealing damage to enemies and allies, but it will be less effective in the rain, whereas lightning will be more effective againts foes when it is raining), and Ring Magic, which hasn't been detailed as of yet, but can only be used by the bearer of the royal ring of Lucis, making it exclusive to Noctis.

A second, and likely final progress report on the game was shown, revealing just how far along in development the studio is in many aspects Tabata states that the team has largely finished up work on PC, and is just in the process of porting everything over to consoles and ensuring it runs well:

Additionally, the studio also detailed the Niflheim Empire, the central villains of the game's story: 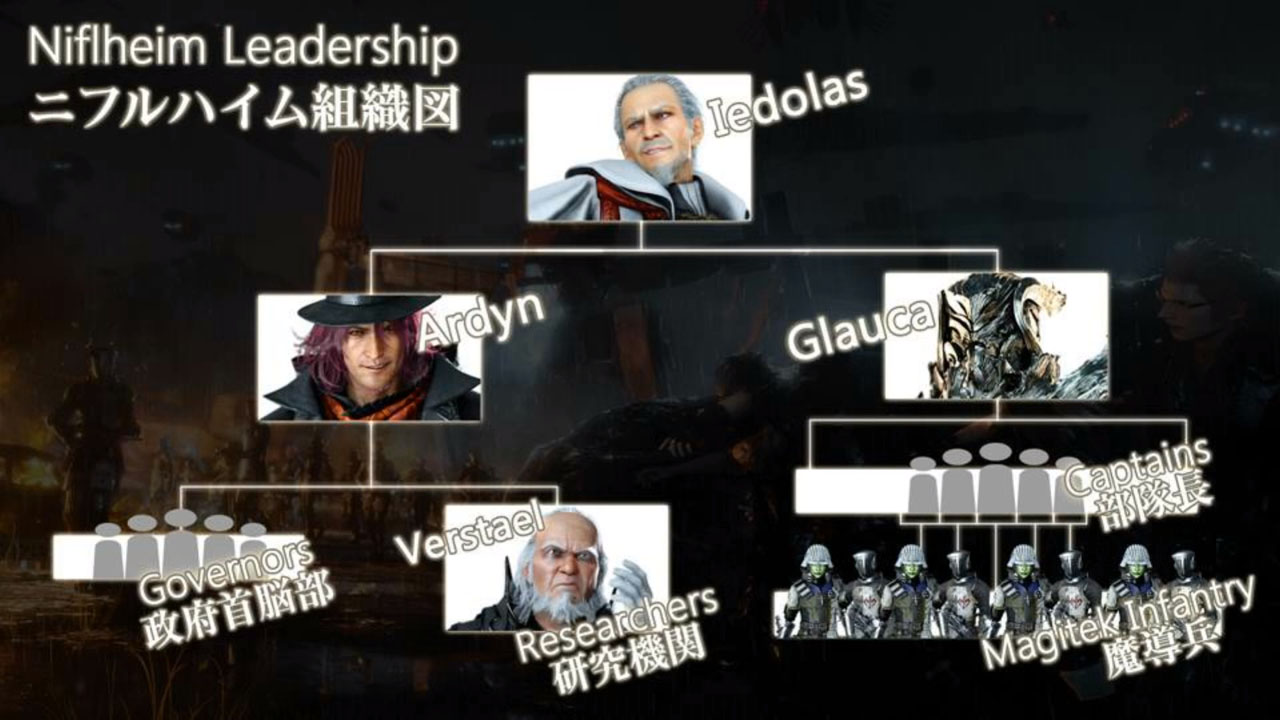 Starting from the top is Iedolas Aldercapt, the emperor of Niflheim and a supremacist who focuses largely on territorial expansion, though he's semi-retired from politics. Then we have Ardyn Izunia, who Tabata states is the one really in charge of much of Niflheim, and he plays an incredibly important role in the story. Glauca is the head of the military, as all of the infantry in the game is made up of Magitek soldiers, being commanded by humans. The Magitek troops were invented by Verstael, head of the Niflheim researchers. 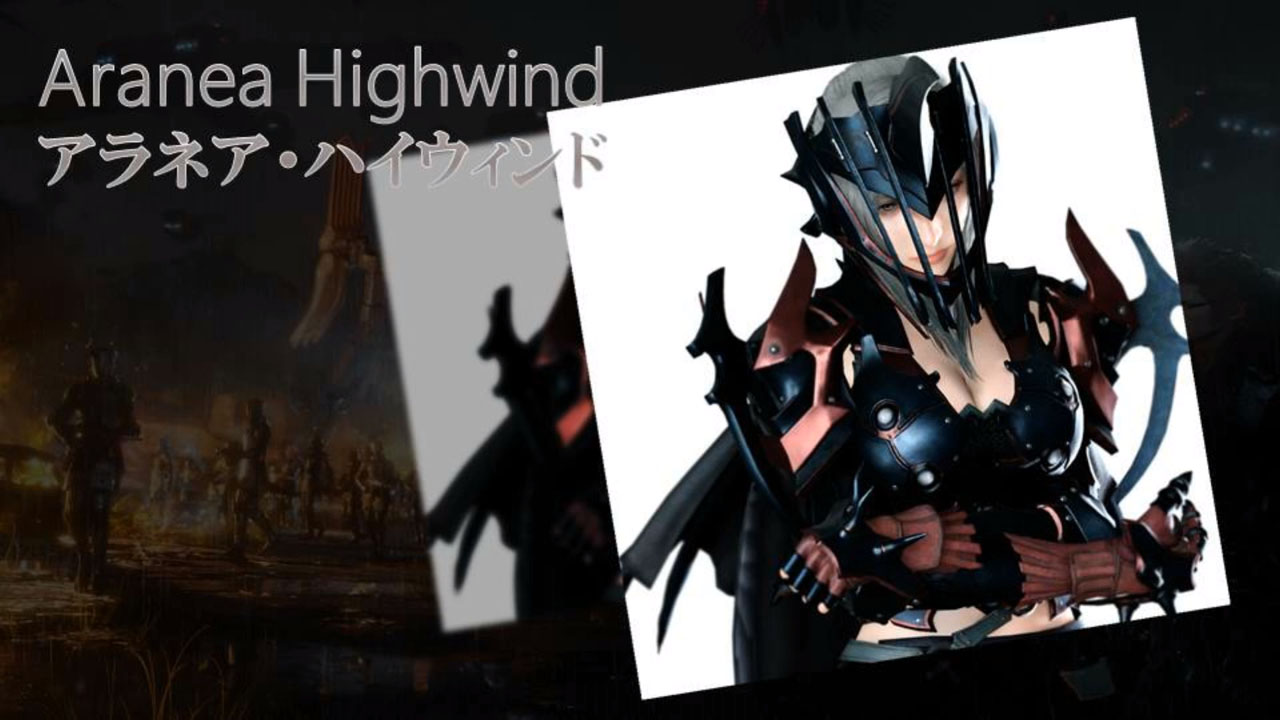 Finally, given most of the spotlight during the presentation, is Aranea Highwind, a Dragoon who is head of an airborne unit within the military who is extremely skilled in aerial combat.

The biggest highlight of the presentation was the new battle footage, showing the party infiltrating a Niflheim base, the game makes use of stealth mechanics during these parts of the game, though Tabata says it's not about getting through bases undetected, and major fights will break out as you work to destrory the bases from the inside.

The game is shaping up extremely well, and I, for one, am incredibly excited to play it when it releases later this year.