From the London-based two-person studio, Fiddlesticks, comes 'Hue,' a 2D puzzle platformer with color as its main theme. The game in its inactive form, as we'll call it, is grayscale. Most interactive objects have a single color, and they are tangible, clippable items when visible. When the player character Hue swaps out a color for another in his wheel, the background changes to that color and any matching items disappear, becoming completely incorporeal. They are still there, but are invisible and can be passed through by Hue and other objects. There is a level of physics as well - items will fall down or move around if the item they're sitting on becomes invisible, opening up new areas or means for Hue to collect things. 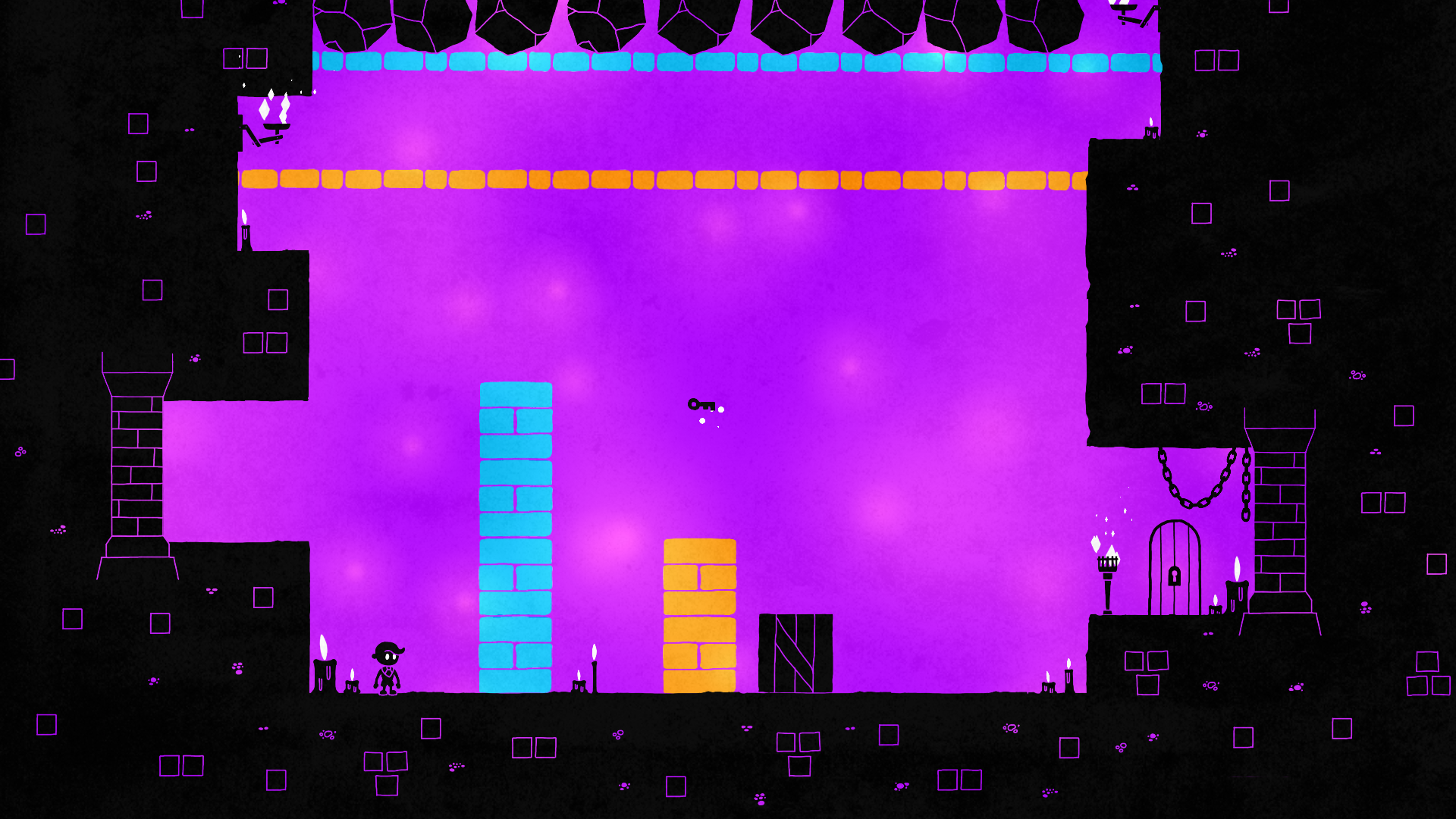 This is probably a fumbling explanation of a relatively simple concept, but hang with me, it gets better. Opening the color wheel slows down time drastically, permitting rapid changes to the environment. Some rooms require precise timing with jumps and color changes to succeed, like hopping between a set of six blocks that all have different colors. When I jump from one to the next I have to change color in midair or the block will not exist when I land. Some rooms have a timed variation of this, like differently colored rocks falling down a set of slides. Changing colors in between each one lets me pass unharmed through them, but I have to be quick or the next rock will crush me.

Eventually there are eight colors to add to Hue's wheel, and they permit some really clever puzzles. Not being a puzzle aficionado in the best of times, I was pleasantly surprised at how much I enjoyed 'Hue'. Each room is small and relatively quick, but there is a discernable variety. (The mark of good room-based puzzler pr puzzle-paltformer.)

There is danger to Hue as well. Hue can die from a lot of things but room restarts are usually painless. Figuring out the puzzle is only half of the solution; sometimes it has to be executed flawlessly with all button presses to succeed. Other rooms are more relaxed. I can sit back and move colored blocks around to my heart's content like a little kid, using trial and error until I can get through the exit. 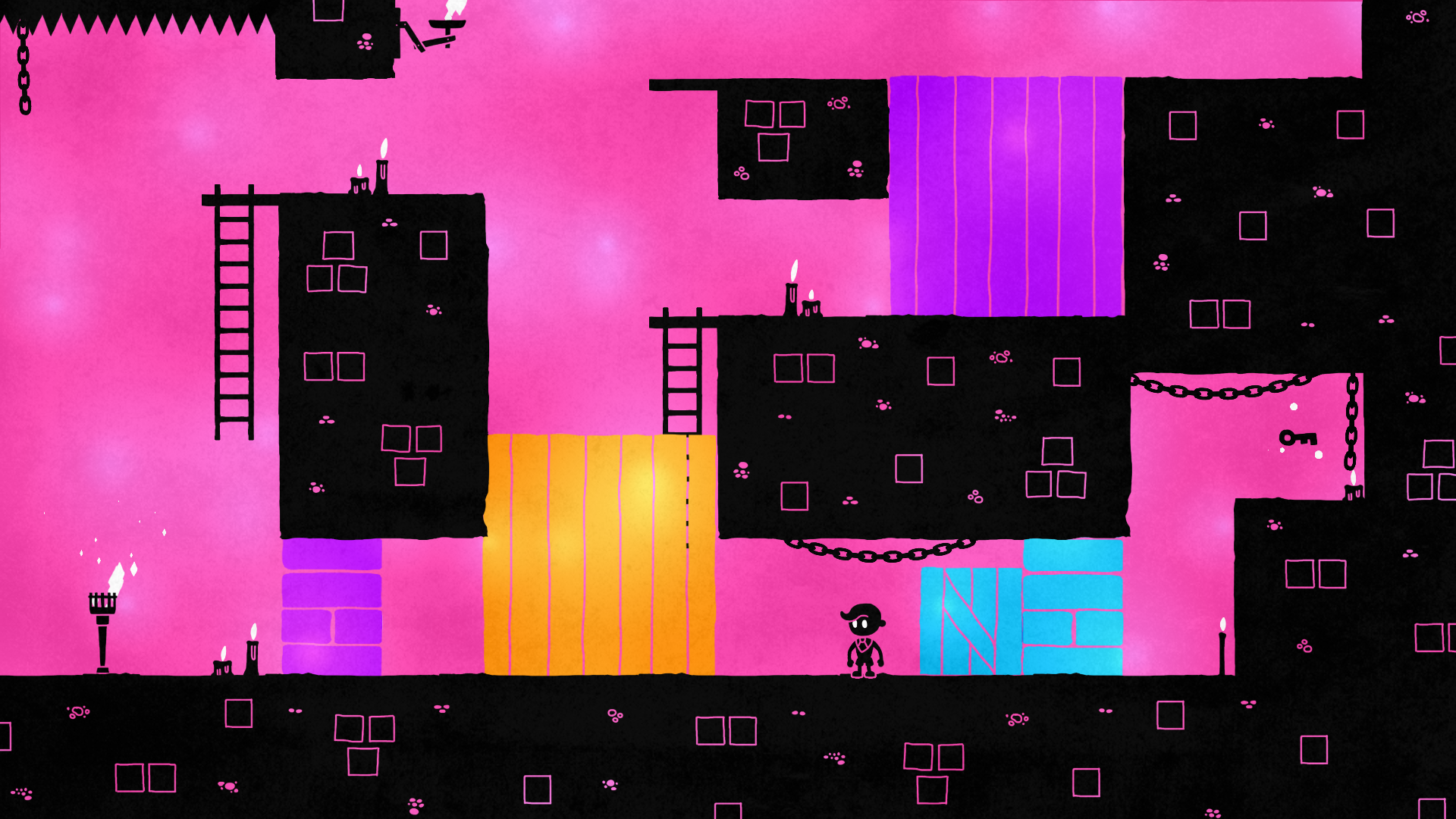 In the background of Hue's color adventure is a narration from his mom, who has gone missing. She is a scientist who of course specializes in light and color research, and picking up her lab notes gives Hue his abilities. As he collects more colors, the rooms become weird and sophisticated, and he also meets some strange, whimsical people.

The game might be a lovechild of 'Limbo's simple, superb platforming and minimalist presentation and 'Braid's heartfelt plot and interesting use of time. Hue's search for his mom is more light-hearted than the storyline in either of those games, but no less compelling. Her letters to him discuss her life in an unguarded and candid fashion, as though she knows she is dead and has no secrets left to hide. She seems resigned to her fate and yet a hint of hope shows through in her voice, and that is enough for Hue to keep going.

'Hue' is not a doctoral thesis but does try to tackle some ancient questions. Most of us see purple as purple, because the biology of our eyes is the same, but when you think purple is it the same way I think purple? What makes purple purple and not blue? Who decided purple? How to explain color to someone who has never seen it? Is that possible? Perhaps these questions aren't specifically asked in the puzzle rooms of 'Hue', but the game has that pensive quality. Color is something we take for granted, like all of our senses - just ask a colorblind person. Coincidentally, 'Hue' even has a colorblind mode, with little symbols identifying each obstacle and ensuring that the game is accessible to a variety of ocular senses. 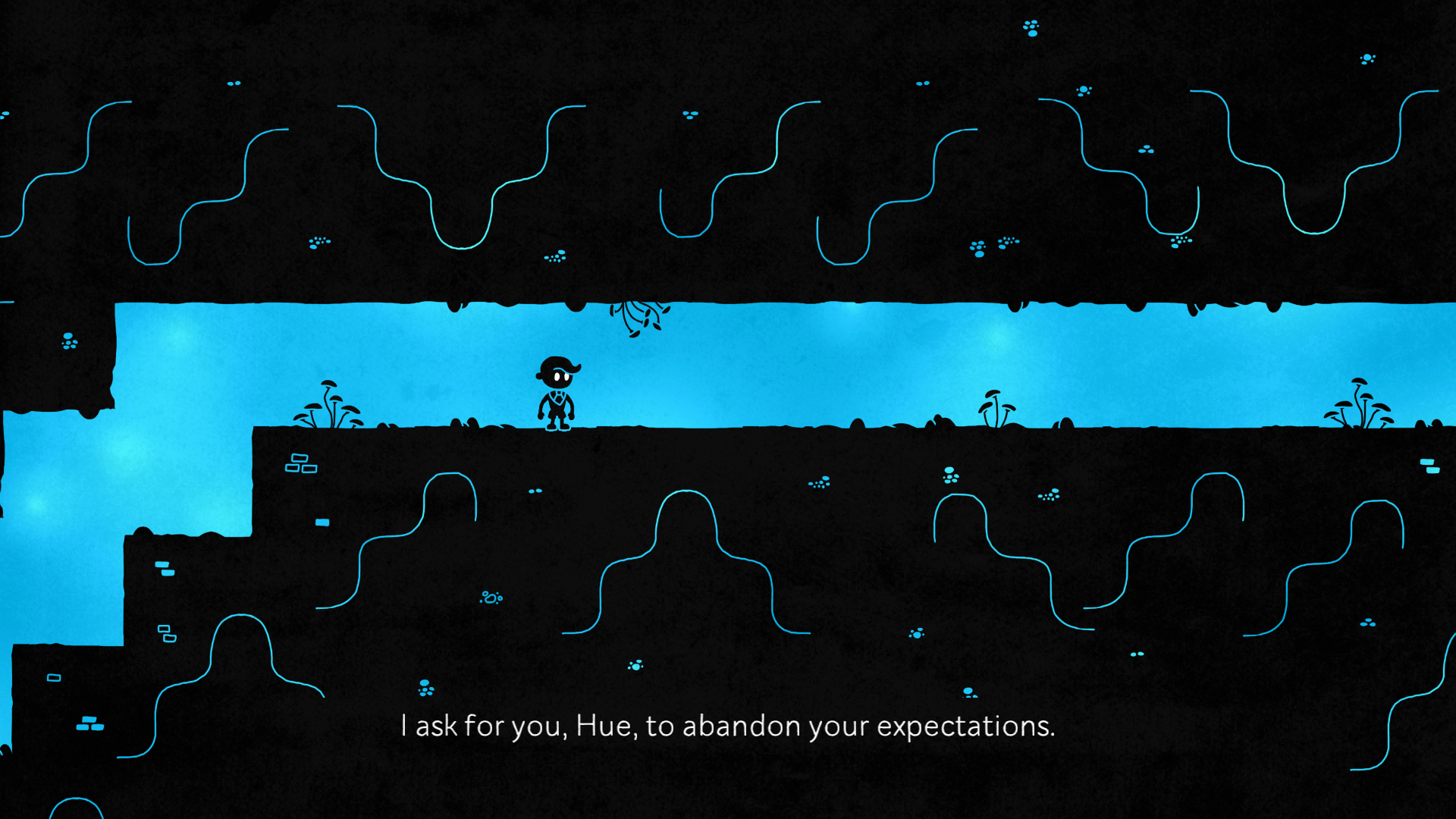 The marketing materials we were provided with describe 'Hue' as being able to instill "a genuine sense of wonder." For once this is not empty PR speech. 'Hue' is the perfect game for both adult and child lovers of puzzle games, and its challenges would make a great learning opportunity for very young gamers. In spite of this it is not edutainment, just an absorbing take on color as a game mechanic and bundled with the perfect amount of sentiment. The full release of 'Hue' will be upon us very soon for PC, PS4, and Xbox One (August 30th, to be exact, see the Steam page here). A Vita release is set for September, and so platform shouldn't be a barrier for this gem.