Just some of what made this icon stand out.

On July 11th, Satoru Iwata, fourth President of Nintendo, passed away from a tumor caused by bile duct cancer. Iwata was only 55, and although we as a community knew that the man's health has not been the best in recent years, the news of his passing came as a shock to the entire industry.

While the state of grief from a typically cynical community may not make much sense to those outside the gaming community--he is, after all, the President of a multi-million dollar corporation. But not only was Iwata the face of Nintendo, but he was an accomplished coder and developer as well. Unlike most executives in the gaming industry, Iwata started at the bottom of the corporate totem pole and did some great works on his way up, bringing with him a unique perspective for his comparatively conservative company and the gaming industry himself.

Iwata started as a programmer for HAL Laboratory right after his graduation from the Tokyo Institute of Technology. While HAL isn't one of Nintendo's affiliate companies, they work extremely closely to the company, rarely releasing games beyond the Nintendo family of systems. There, Iwata programmed the likes of 'Balloon Fight' and 'Kirby’s Adventure.' Iwata eventually became the president of HAL itself, helping to turn around the company’s rather grim financial outlook before moving onto the Nintendo proper in 2000. In 2002, he became the fourth president of Nintendo, succeeding Hiroshi Yamauchi, and becoming the first Nintendo president to not be part of the Yamauchi family, ending a company dynasty. 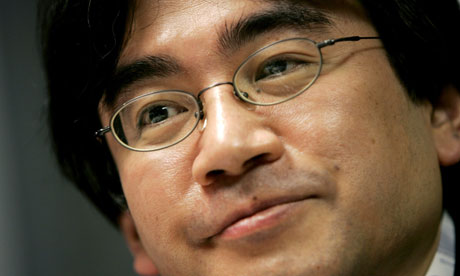 ...This is all sounding rather clinical, isn’t it? I think that, while few of us can claim to know Iwata intimately, most of us can agree that the man was far more than just his business accomplishments. The reason that gamers worldwide are mourning Iwata’s passing isn’t because he was simply the President of Nintendo; it’s because he was a personable man, and one that clearly cared about the games his company was making and the gamers that were playing them. He was, quite frankly, the personification of what Nintendo itself stands for: Making great, quality video games that brighten our days and, most importantly, are fun. 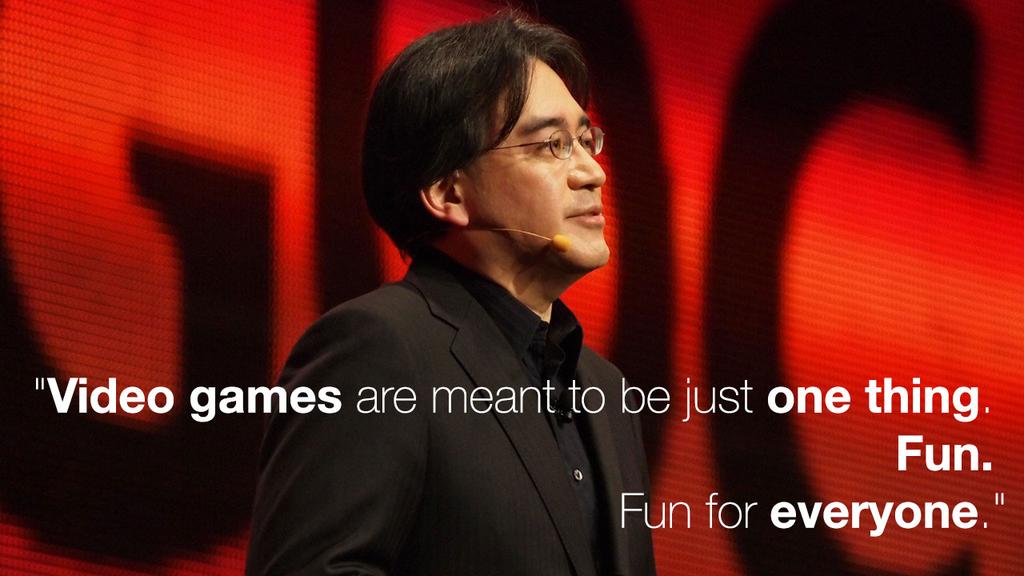 Iwata may have been a businessman, working with Nintendo’s shareholders to make a profitable company and walking the tightrope between what business executives want and what gamers want, but that made him no less of kind, passionate man. How many CEOs can we say sliced their salary in half to ensure no one at Nintendo would lose their job after a bad year profit wise? How many Presidents go down into the trenches of their company, interviewing the ones responsible for the products they are making and allowing the public to learn more about it?

It’s very telling when one man’s passing can put an entire community on standstill, bringing everyone together to mourn his death. That night, when I watched my Twitter feed overflow with condolences, sadness, uplifting quotes and commemorative art alike, I saw not one Tweet of sarcasm, and only one mention of anyone acting without tact whatsoever--in a community which is often cited for constantly being fragmented and fighting amongst themselves over everything, the unified showing of grief and mourning was downright overwhelming.

But while it’s clear that Iwata’s death was sudden, and has caused sadness for all of his admirers, I don’t believe he’d want us to dwell on his passing. Instead, we should celebrate it. Celebrate it by honoring the man’s legacy, by playing video games and having fun. Or maybe by eating a banana or two. I’m sure he would appreciate the gesture.

Rest in peace, Satoru Iwata. You deserve it.