New rooms and weapons coming to PC and PS4.

Dodge Roll Games have announced that a free update for 'Enter the Gungeon' will release this fall on PC. The 'Supply Drop Update' will come to PS4 shortly afterwards, and will reveal the pasts for Robot and Bullet. There are over 100 new rooms for players to explore, and a new boss fight, the Mine Flayer, is included. Most importantly, it introduces the Bullet Gun which is "a gun shaped like a bullet that shoots guns and those guns shoot bullets."

While the update won't be out until later this year, it'll be playable at PAX West this weekend. If you're attending the show, you can check it out at Booth 2343. 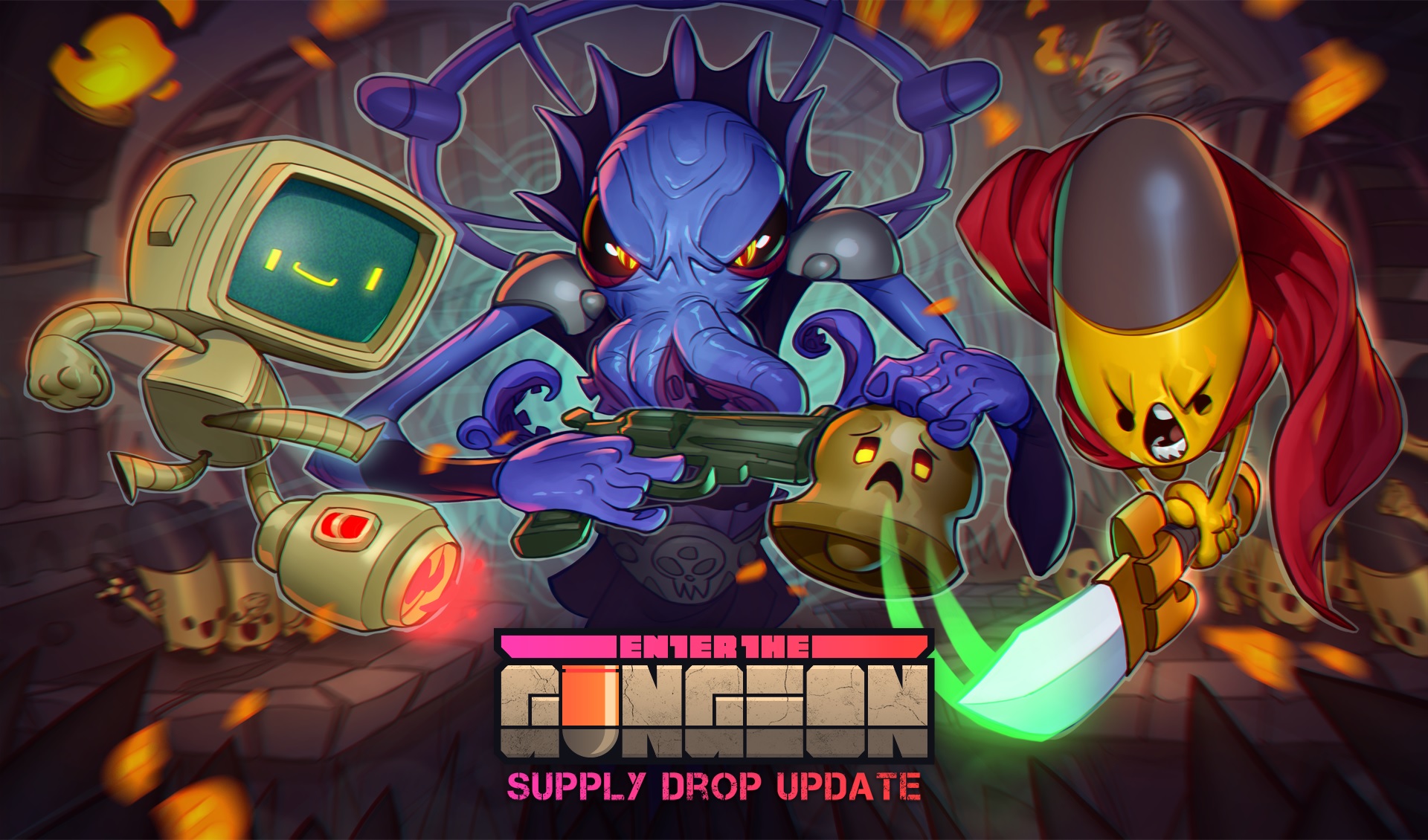 The 'Supply Drop Update' for 'Enter the Gungeon' releases on PC in the fall, and PS4 "soon after."