Of course you do, get in here.

Info on Bioware's next installment of 'Mass Effect' is still thin on the ground, and at this point, there's no real reason to suspect that will change prior to E3, but that's not stopping the internet from doing what the internet does: Obsessively digging. 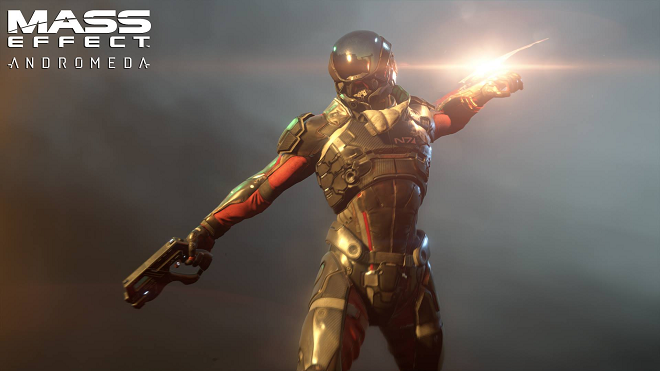 Today, that obsessive digging has managed to unearthed some demo reel footage of the game in a very, very early state from 2014. Naturally, it's pretty thin on plot, aside from some bits of a Krogan doing what Krogans do: Obsessively threatening to kill things dead. And according to most of the folks with knowledge of the game, they game has come much, much further since then. But more than anything, it's a fair hint of where Bioware's head is at the very least. Most folks will zero in on the jetpack as a highlight, but for this sci-fi nerd's money, the effect of a planet being pockmarked by meteor strikes during gameplay

As one can imagine, EA has been playing YouTube Whack-A-Mole with the video whenever it comes up, so theres no embed. But, you can head over this-a-way to check out the quick minute of footage.