All the news fit to print from the convention floor.

The big conferences are said and done, which means we've had two days of pure show floor chaos of E3, and filtering wheat from chaff hasn't gotten any easier. Fortunately, you've come to the right place to catch up on some of the big news you might have missed. 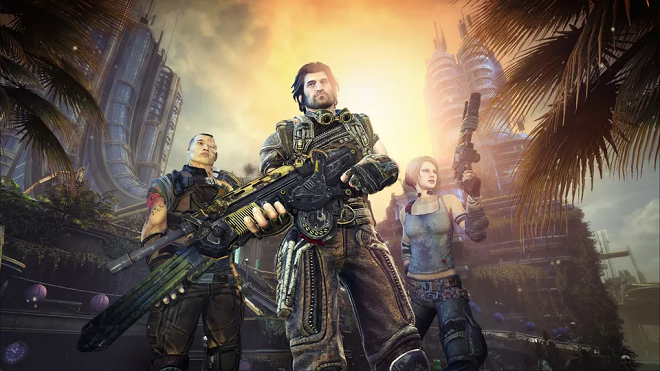 'Bulletstorm' Is Getting Remastered

In probably one of the stealthiest announcements at the show, Microsoft handed USB sticks full of show assets to press earlier in the week, which just so happened to contain a folder called 'Bulletstorm Remastered', containing three stunning 4K resolution screenshots of, well, 'Bulletstorm' remastered. Weirdly, though, days after the screenshots made the rounds, no official announcement has been made, though People Can Fly, the studio behind the game, has at least been quoted this week on the possibility, stating that, despite buying their independence from Epic Games some time ago, the rights to Bulletstorm were independent from that. So, keep an ear out: the official details are likely coming sooner than later.

Hopefully, if you have a PS4, you've put some time into the skin-crawling 'Resident Evil 7' demo. Pretty much everybody who saw the 'Kitchen' demo play out during the Sony conference noted the similarities between it and 'P.T.' (it's also been confirmed since that Capcom managed to poach a few folks who worked on 'P.T.' to work on this), but it seems like the two share one more thing in common: Just like 'P.T.' was only a statement of purpose that wouldn't necessarily be part of the actual game, the 'RE7' demo is a completely stand-alone experience. The main game won't even have the same protagonist. So, if you were holding off for spoilers' sake, don't worry, Capcom's got plenty more pants-ruining terror where this came from.

You're Gonna Need A Better TV For Project Scorpio

If you already started a new piggy bank for the explicit purpose of saving for Microsoft's Project Scorpio, you might wanna make that a fund for a 4K TV first. Otherwise, according to Phil Spencer, you're not gonna get much out of it. 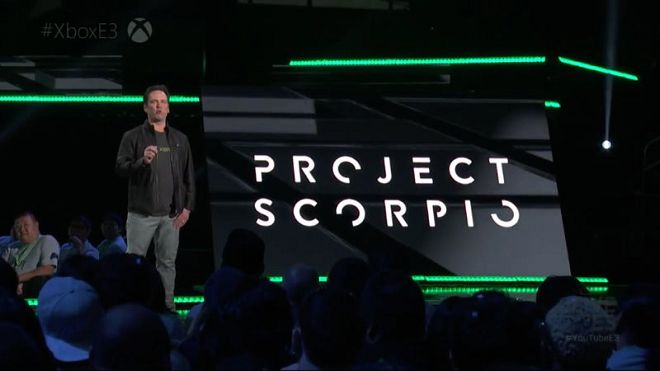 "Scorpio is designed as a 4K console, and if you don't have a 4K TV, the benefit we've designed for, you're not going to see. Clearly, you can buy Scorpio, and if and when you decide you want to buy a 4K television to take advantage of the increased performance, obviously the console will be ready for you."

Spencer elaborated a bit more on what exactly Scorpio might be able to do in a separate interview with Giant Bomb, making mention of some minor enhancements as it comes to how some Xbox One games--he uses 'Halo 5' as an example--might be able to run at a steadier framerate/resolution, which is something the current Xbox One consistently struggles with. So, there's that, but still. Buy a 4K TV.

The Game That Was 'Prey 2' Is Dust In The Wind, Dude

While it's definitely exciting news that Bethesda hasn't tossed 'Prey' completely to the wolves, it does beg the question of whether there's any of the Bounty-Hunters-In-Space game that got teased a few years back. The flat answer? Nope. Bethesda's VP of marketing spoke to Gamespot earlier in the week and stated, definitively, "there is not a single element of 'Prey 2' in [the new 'Prey'], other than aliens running amok and you're being hunted by aliens." Tiny bummer. That trailer was cool.

The Gods Have Abandoned T.C. Carson For The New 'God Of War'

During the trailer that kicked off Sony's conference, everyone might've been paying a wee bit little more attention to Kratos wailing on Norse Giants and being a terrible father to notice, but if Kratos sounded a little different to you, there's a reason for that. For reasons unknown, T.C. Carson, who voiced Kratos in every appearance, including his stint in the 2009 'Mortal Kombat' reboot, will not be growling the threats this time around. 'Stargate SG-1' actor Christopher Judge will be handling things from here on. Only theory I've got is this game's Kratos requiring a little more of a gentle touch than Carson had, but who knows.

Yes, Old Mods Will Work In The Remastered 'Skyrim'

Exhale, anyone who was worried that they might not be able to get that hilarious Thomas The Tank Engine mod to work in the newer, prettier 'Skyrim': Bethesda's Pete Hines confirmed on Twitter that the new version will in fact support the current mods. While he was at it, he also confirmed for the PC folks, it'll be 64-bit, saves will transfer, and you'll have a separate mod creation kit for ease of uploadin to Bnet. 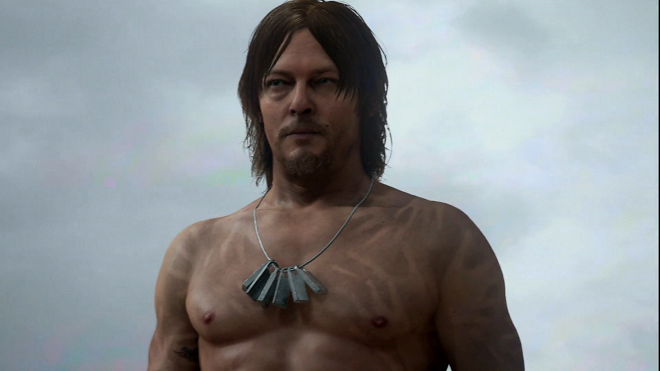 Long time fans of the man know that Hideo Kojima is mostly just a movie and game nerd just like many of us 90% of the time on Twitter. The other 10% is coy references to his work that'd make Edward Nygma kick himself. Today, Kojima fired of a series of Tweets talking about 'Death Stranding' is vague, and yet, maybe, not so vague terms? Here, you tell us, we have no fracking clue.

Sony dropped a ton of VR ews on us at their conference, but one of the bigger mysteries was 'Batman: Arkham VR', which came and went with a Joker-narrated trailer, and then vanished.  Geoff Keighley managed to wring the answer out of Rocksteady, who described the game as "a 60 minute murder mystery".

According to everyone who's laid hands on the game, they've been able to play what's ostensibly a glorified Detective Mode from 'Arkham Knight, investigating the death of one of Batman's closest allies, one who's alive at the end of 'Arkham Knight' too, leading folks to believe this game takes place some time afterward, which'd be weird considering how that game ends. But, we'll find out some time in October.