Party Up for the Zed Hunt: 'Killing Floor 2' is Finally Coming to the PS4

Watch each other's back for those crucial moments.

As much as ever, the crazy popular consoles were at the forefront of E3, and as much as ever, many of us were there on the lookout for the next big PC to console game. I'm talking about the kind of game that after being a popular hit on PC, takes on a second, even more virulent life on the consoles.

In recent years, such games have included crafting sandboxes like 'Terraria,' 'Don't Starve' and even 'ARK: Survival Evolved.' But later this year, Tripwire's 'Killing Floor 2' will make its public debut on the PS4. When that happens, the PS4 will change. A new sub community will form, and it will be felt on streaming channels, community pages, forums and so on.

That's in part because the PS4 version of 'Killing Floor 2' is specifically being developed to maintain the PC experience of the game. The performance target is 1080p at 60 fps, but it's really the amount of content and the delivery of updates that will keep the PS4 version in line with its PC cousin. 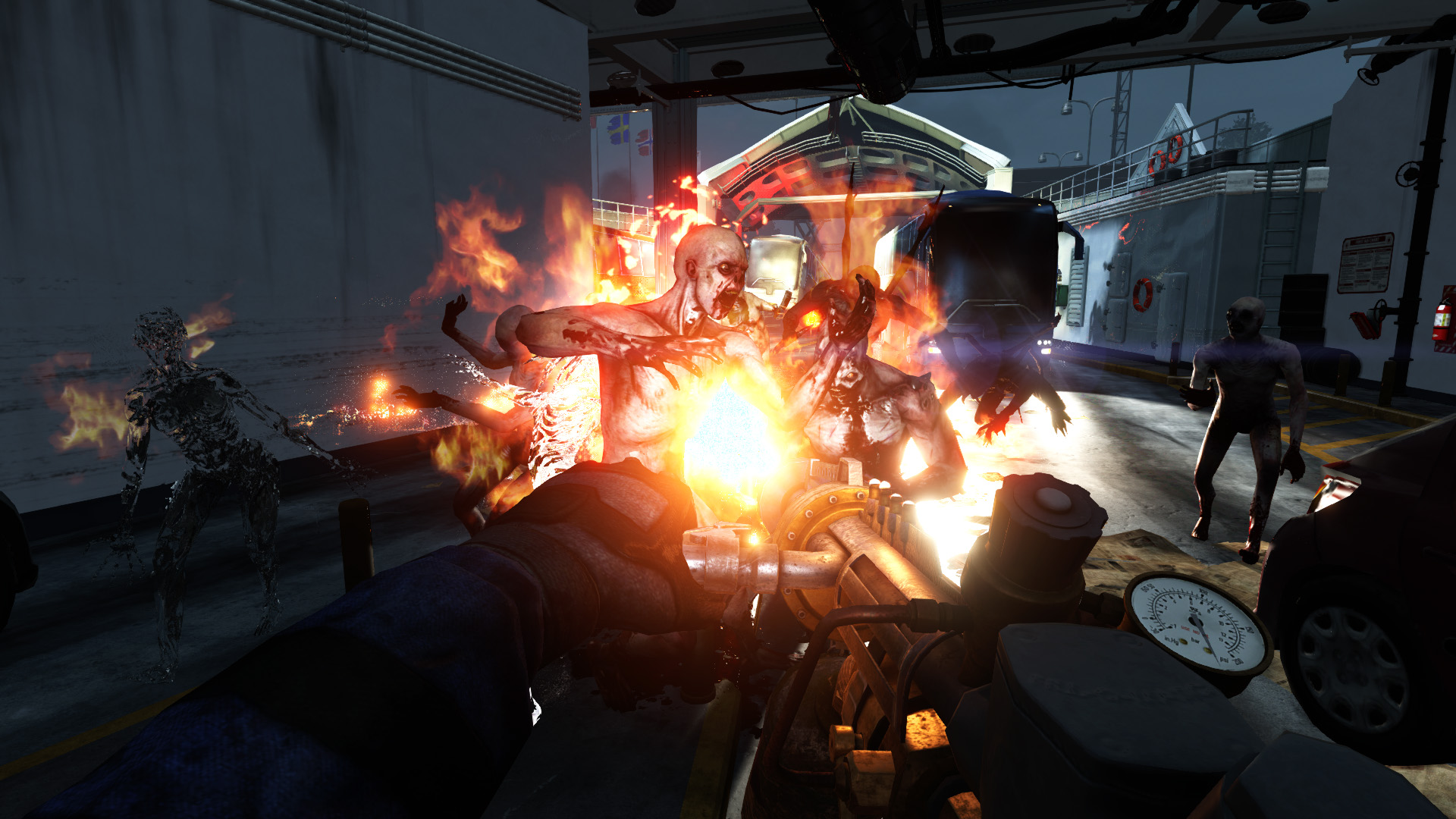 At E3 2016, I was able to make a run with a team of Tripwire devs, and we played long enough to be able to become semi-comfortable teammates. We picked our spots, called out heal grenades, tried to prepare before aggroing any heavies, and even shared Dosh between rounds as we readied up for the next wave.

Needless to say, the skill levels were disproportionate. The game really pushes players to develop tactics for dealing with specific Zed types. It's not just headshots and avoiding acid, either. Knowing which doors to close and when cam make a round. I tend to stick and move in a hectic manner, but the game will slow the action down for a second or two in response to cool move by one of the team. Those moments let me admire the action, and more importantly, let me pick my next move, or else adjust to what my teammates were doing.

Likewise, being able to sell and buy guns between rounds help us round out the perks (classes)that we chose at the beginning. The game supports six player co-op, and these adjustments will be key for all skill levels. I spent quite a bit of time using the flamethrower, but I couldn't help but buy a katana early on. There are some weapons in the maps that can just be picked up, so even during rounds I could try out dual pistols, shotguns, and so forth. 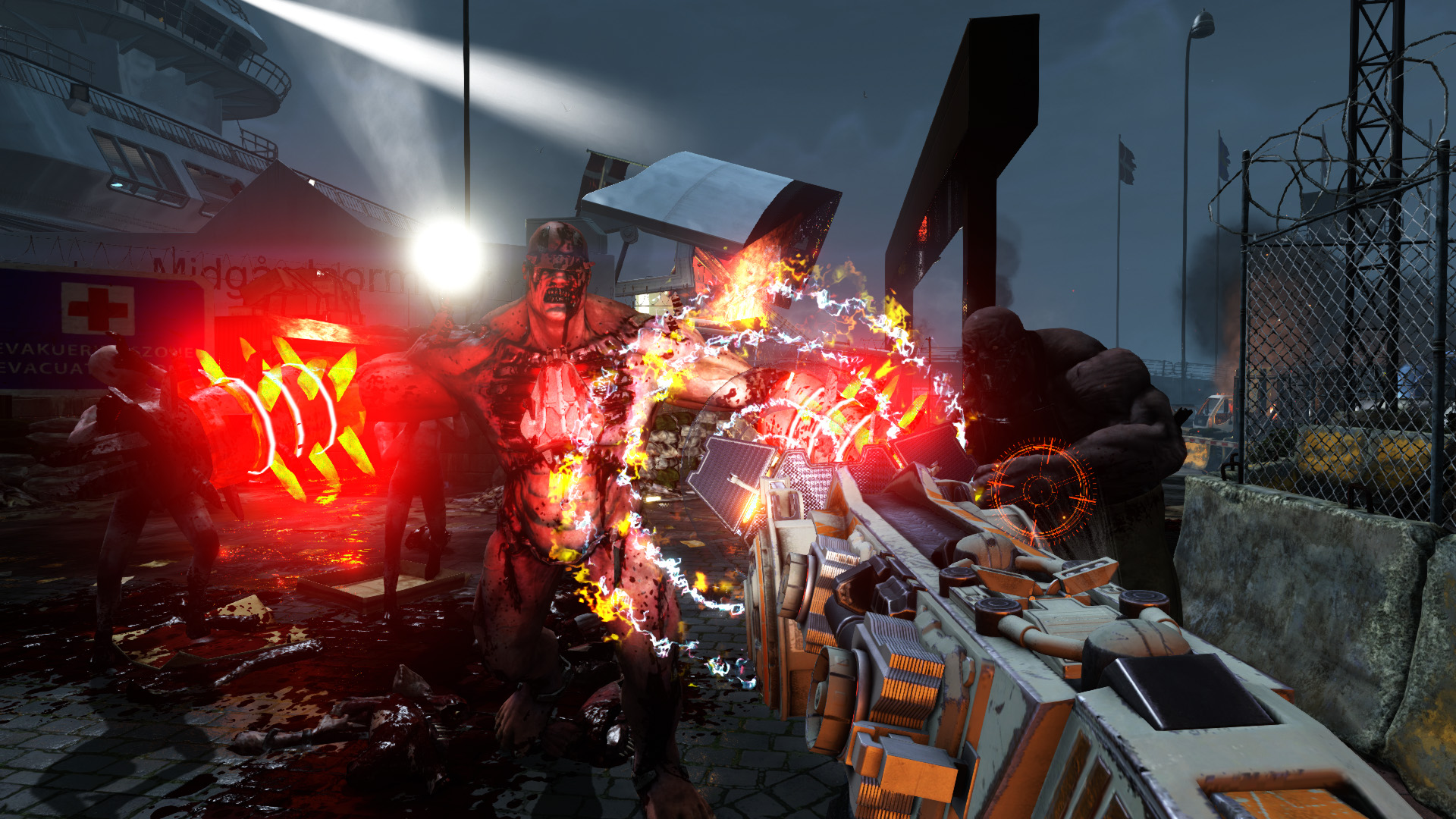 More than any game I know, 'Killing Floor 2' emphasizes shooting, stabbing, burning a Zed in a variety of pinpoint ways. Those skillful or lucky moves pay off with a visual flourish of classic PC shooter gore. Thereby, covering a teammate, holding your own, getting an assist- these actions have a in moment, camera cut free glory to them.

We even had an early round where we were withdrawing through the map (in order not be overrun), and we managed to shut a door and catch our breath. Realizing that we were close to the round's end, we decided to open the door and face the remaining zombies. As it turns out there were multiple Bloat zombies on the other side, and as they all unleashed their acid at once, we nearly went down in a green wash. Fortunately, our sense of team spacing (and some luck) prevented the backdraft of acid from hitting the whole team, but it was still a hilarious and unexpected moment. 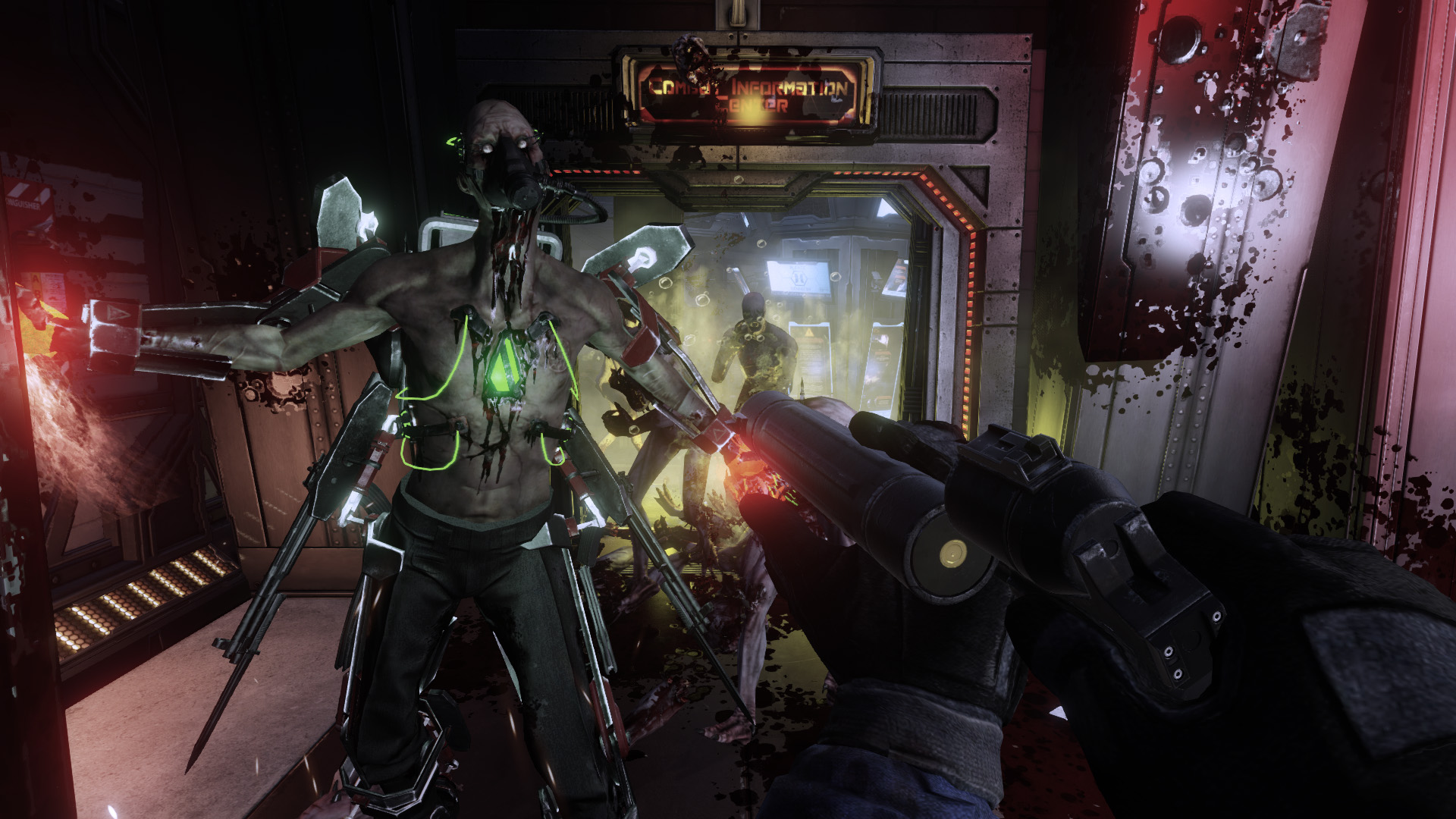 This "crazy stuff is happening but it looks cool" feedback can't help but get players talking to each other with a certain excitement. It's a game where scary looking enemies are in fact scary/challenging to deal with. Players must be mindful, but it's better be jolly than stoic. This leads players to communicate as though they were movie star bad-asses.

It also helps that the PS4 controls feel great. Both weapon aiming and navigation (me running to avoid missile strikes) have been dialed into the DS4. There are even touchpad swipes that are used in clever ways (like for sharing Dosh). The UI and metagame are dramatically different from the PC version. I was impressed what I saw and used, but I was also told that further changes had already been made in a newer build and that E3 feedback would be next up. 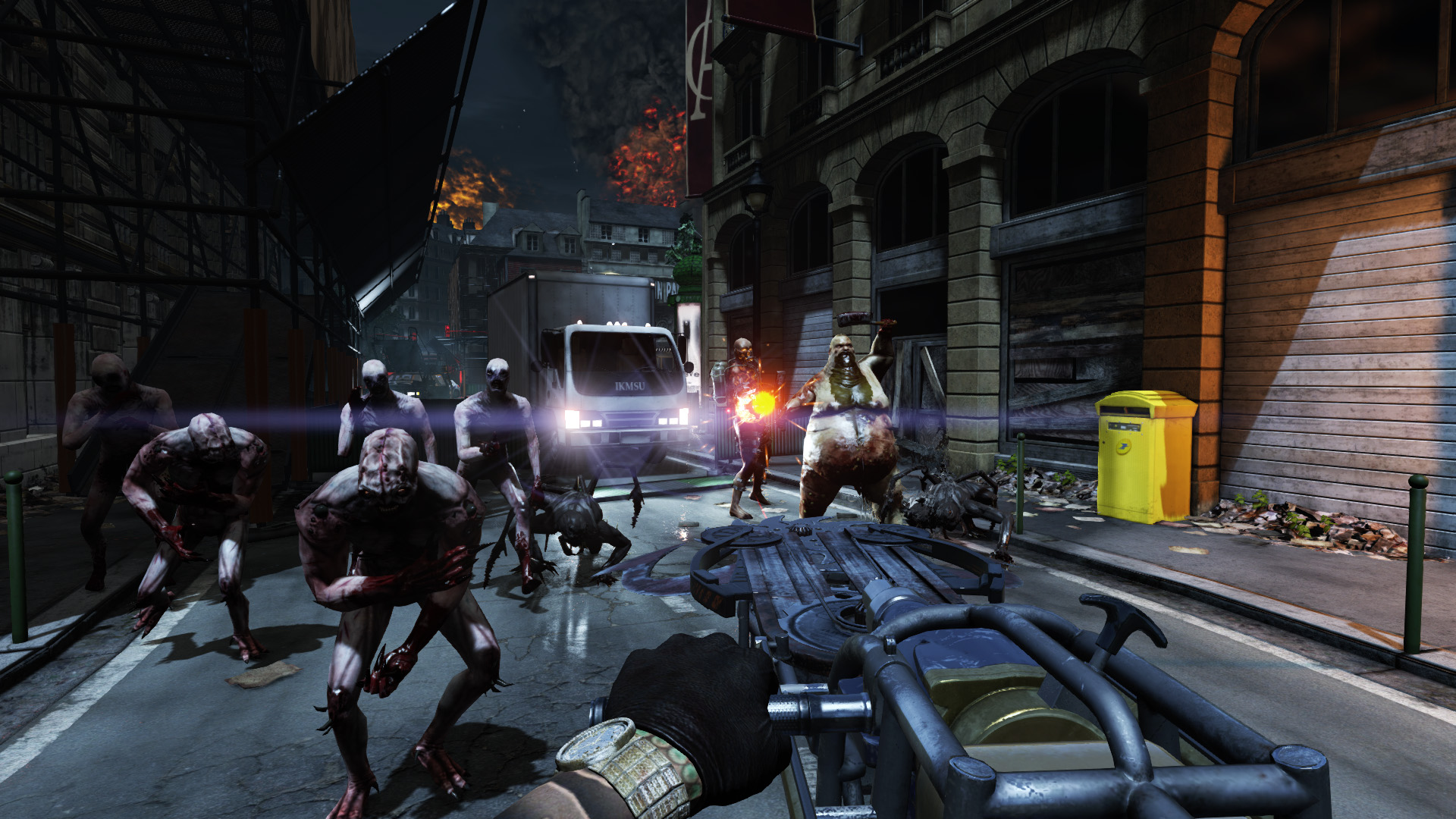 'Killing Floor 2' is being published by Deep Silver and should be priced at $39.99 when it hits later this year. In this case, I wish that there were multi-packs to buy and share with friends, or else even a PS Plus version. Once PS 4 players get a taste, I think they’ll be hooked.