The RTS trappings are there.

During E3 2016, I had a chance to play a match in Sparkypants Studios' 'Dropzone.' The game is an RTS, but it trades base-building for mechanics more suitable for 15 minute matches. Stepping up to play the game, I was ready to hate it. After all, I love building bases. Fortunately, what I found was that while 'Dropzone' has clearly been influenced by the extreme popularity of MOBAs, it does a great job of scratching that RTS itch.

Pre-match, I assembled my team. This means picking specific pilots to man my Gunner, Mechanic, and Tank units. It also meant picking what abilities I wanted to be able to unlock during the match. 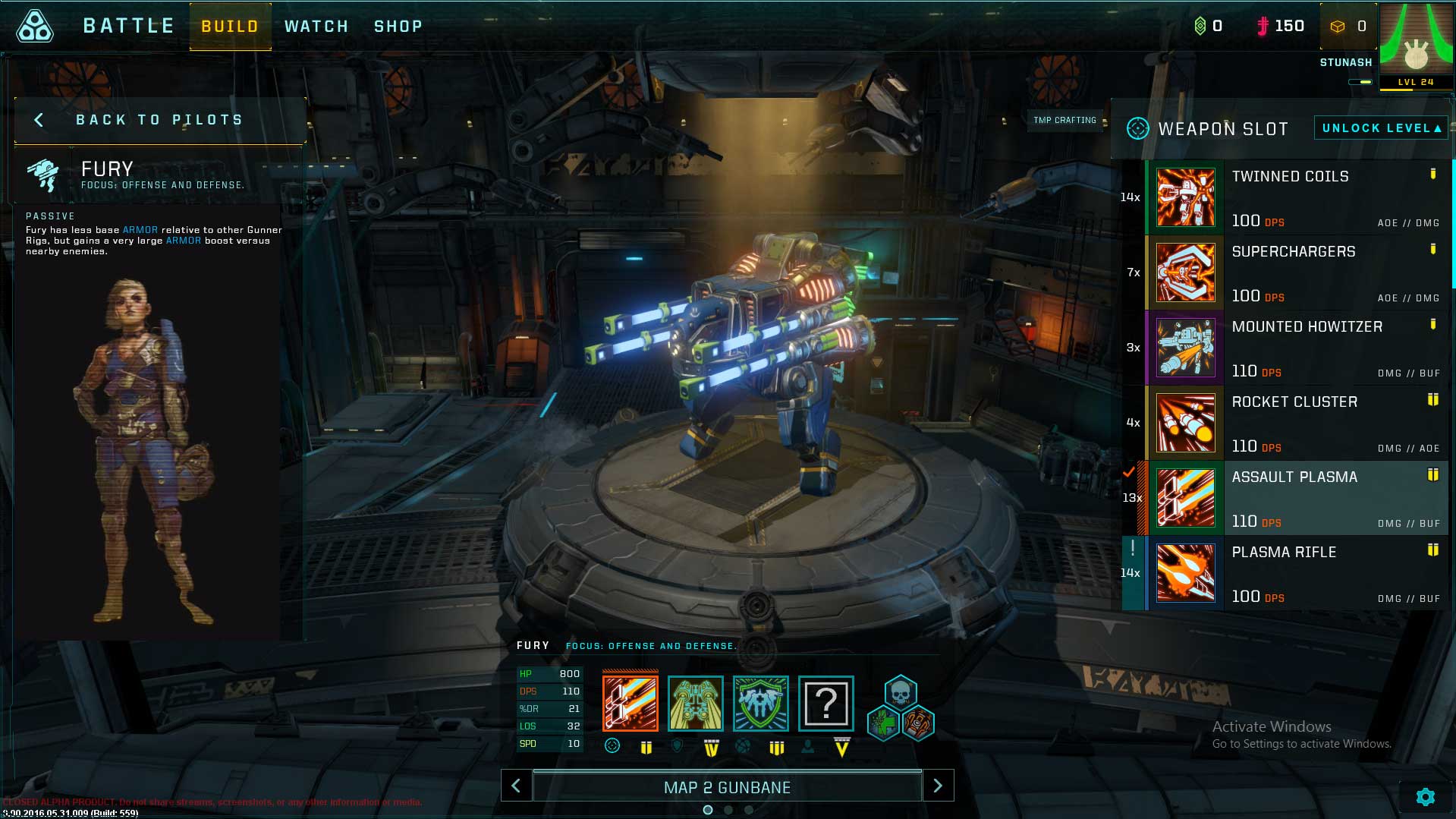 Once the match started, I headed towards the center of the map. Locating an alien Kavesh infestation, my units worked to take it down, and then, after it was dead, I had my gunner pick up the single core that was left. We moved to the upload point at the center of the map, and had that core uploaded just in time to meet my opponent's forces first the first time.

From that point on, I tried to divide my three units to harass my enemy's scoring attempts while not forgetting my own. I farmed the same Kavesh again, but my opponent bated me into fighting both him and the Kavesh at the same time. As I picked up on this technique, I turned the table. (Basically by moving a bit away from the Kavesh, it made my opponent the closer priority for the AI.) 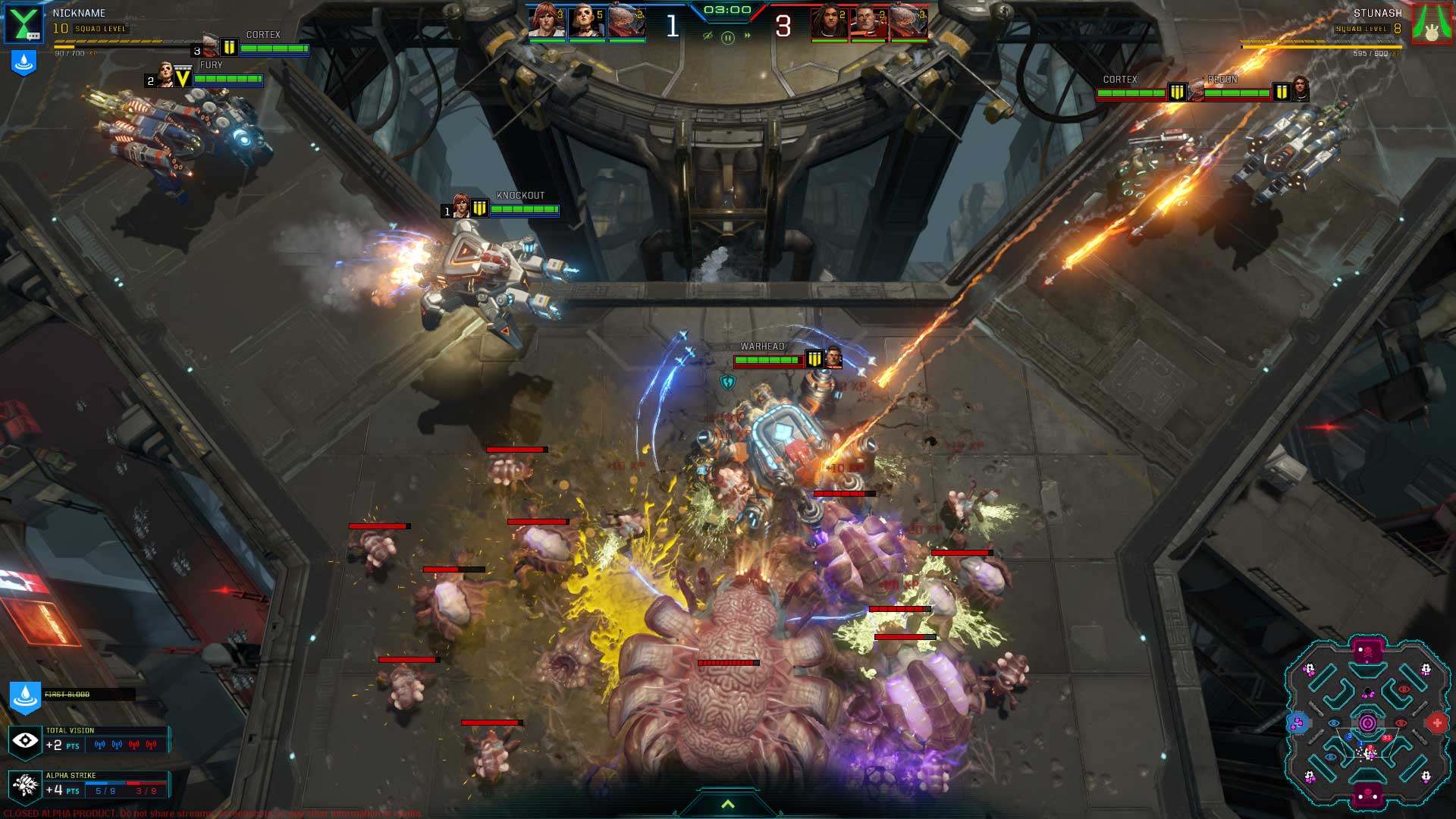 As it turns out, each time a Kavesh location is cleaned out, it yields more cores. First one, then two, then three. This sounds great, even if only one core can be uploaded at a time, and having units waiting with cores to upload is like begging to be attacked. The problem is that the Kavesh get stronger and angrier each time. It got tough enough for me to move south and check another spot. 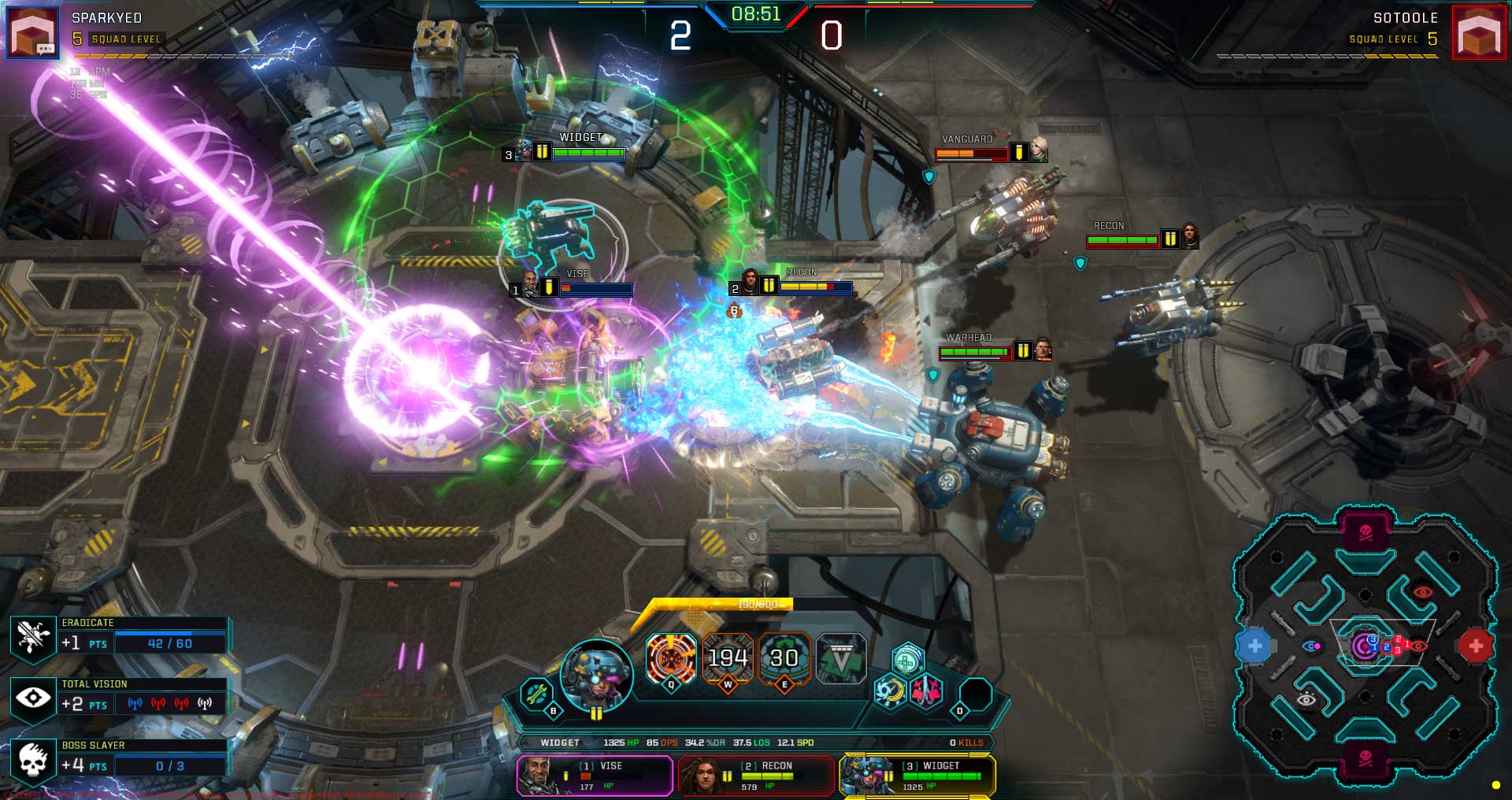 While the matches are 15 minutes long, we wound up in a 3-3 tie. I had clumsily abandoned using my Mechanic for any solo fighting while my opponent had unlocked his mechanic's acid-based armor destroyed attack. Still, somehow, while he was toying with me, I managed to win.

No doubt, having unit cooldowns for both destroyed units (respawn time) and unit special abilities was an adjustment, but it does seem to work really well. It's an aspect of MOBA mechanics that blends well with the conventional RTS controls.

Right now 'Dropzone' is a 1v1 game, and the maps are designed to change things up. There are even special goals like really tough but worth it (risky) computer enemies to be found. 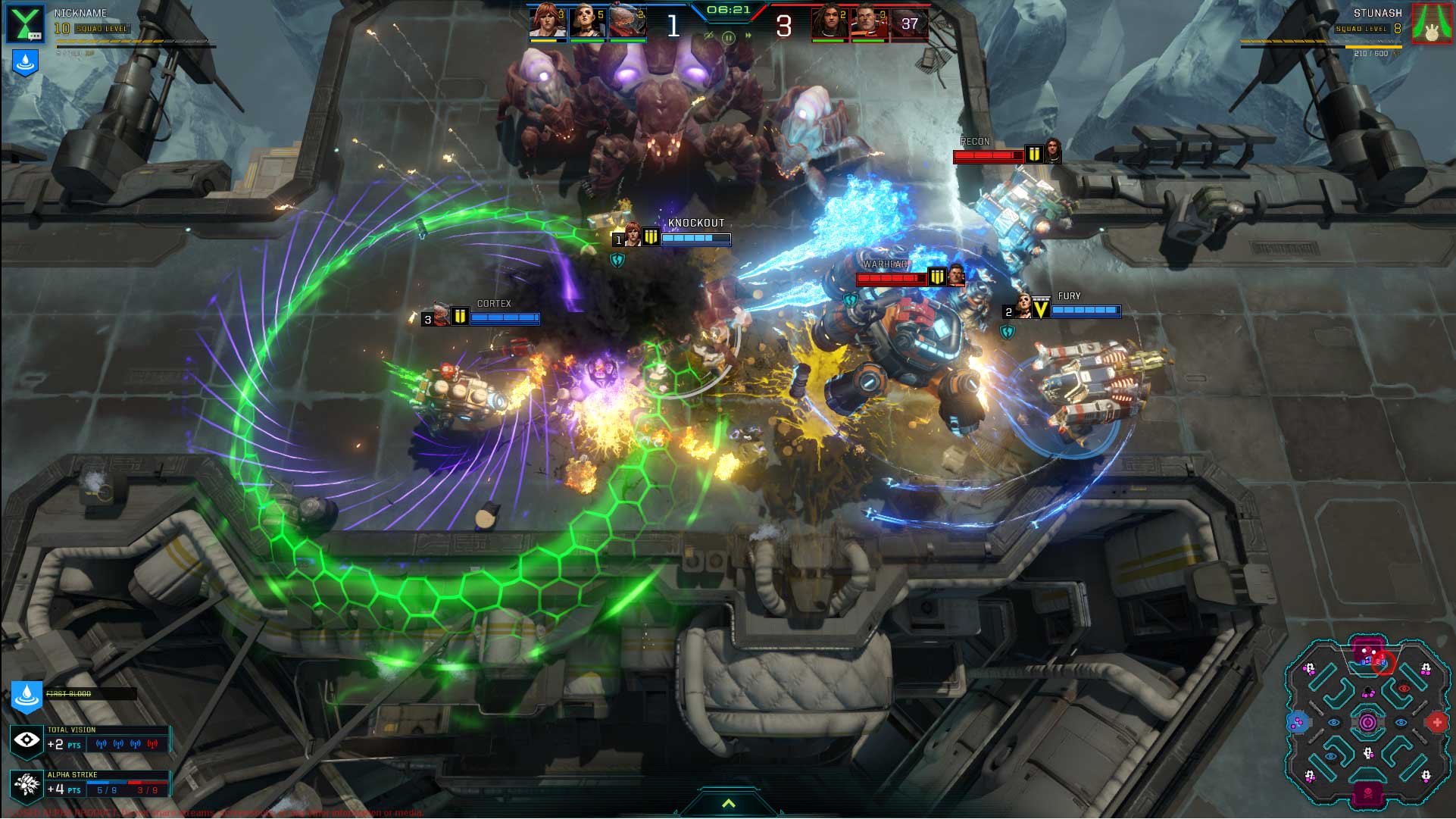 'Dropzone' feels like a game that has borrowed liberally from various other titles, but it also a potent mix. Certainly, the quick competition is there, and with it is some of that RTS magic. I look forward to seeing more of the game later this year.