Sneak or Die: There Are Stealth Games, and Then There is 'Aragami'

Live again, but in the shadows.

E3 2016 has come and gone, but I'm left with memories of game demos of all sorts, including a few that straight up kicked my ass. 'Aragami' is such a game. 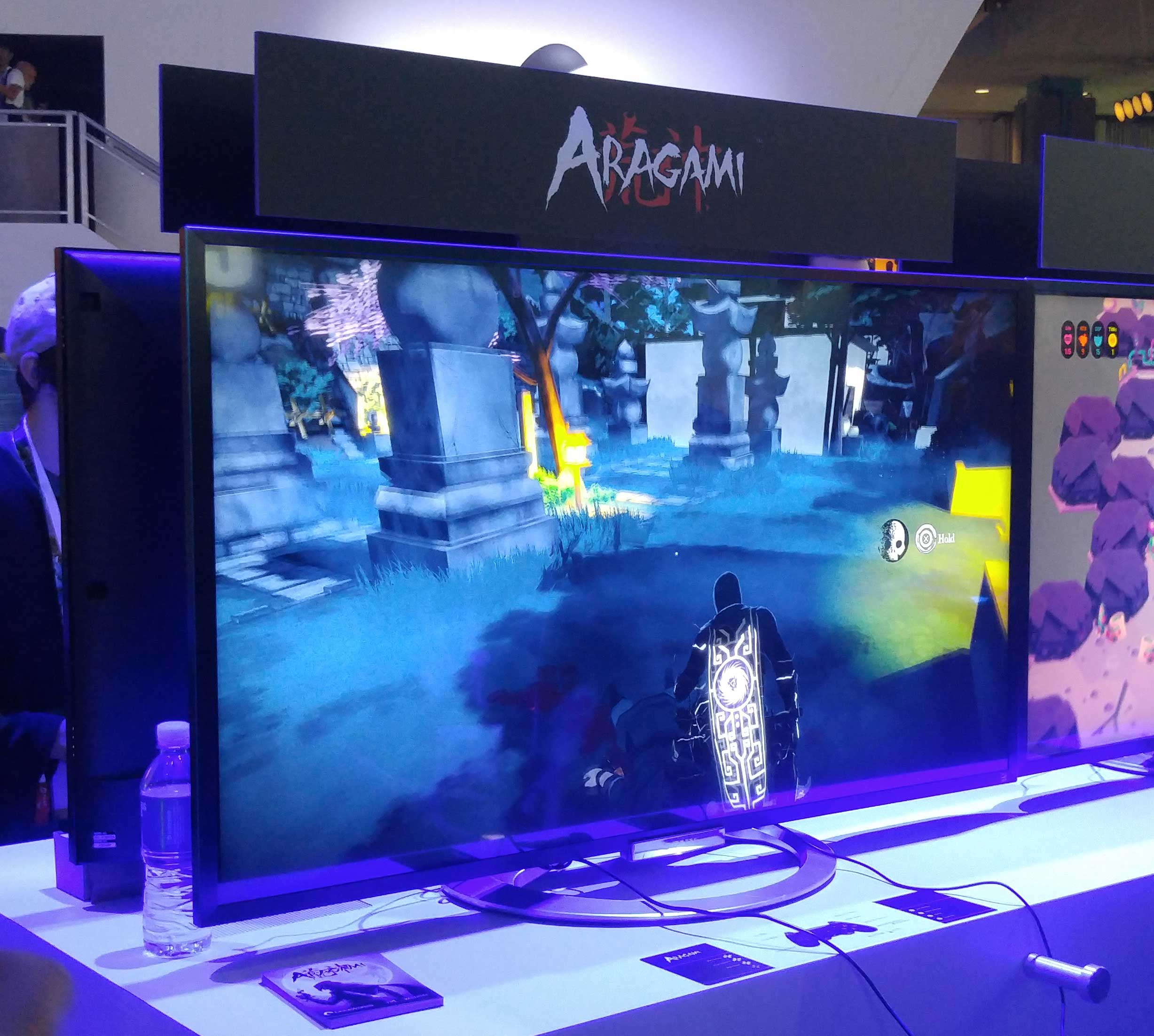 Playing on the PS4 as an undead assassin, I should have made the shadows my ally. I also probably shouldn't have skipped the tutorial. Still, I learned some hard lessons. 'Aragami' is about stealth and discovery. 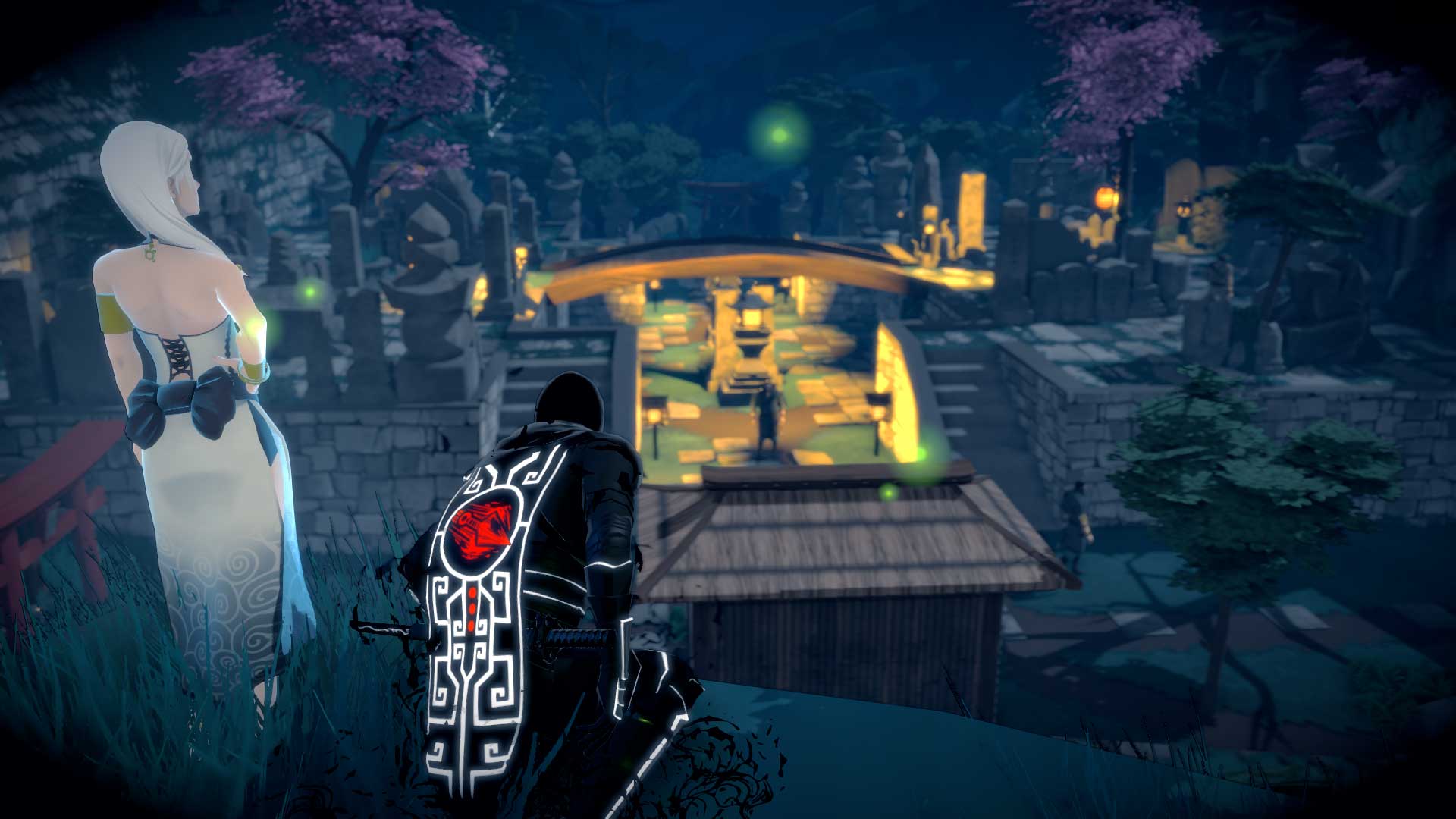 The girl visible in these screenshots, well she has brought me back from the dead. We are linked somehow, but my memories have suffered in that way they do after death, and so while she directs me onward, I am only slowing learning what I knew before.

More importantly, I know that I have lots of different ways to either sneak past, or else, kill enemies. One of my instant favorites is the swallowing shadow. This is the most basic stealth attack. If I can get close enough without disturbing an enemy, I can suck them into their own shadow. Not only does this kill the enemy, but it also makes it impossible for any other enemies to discover the body. 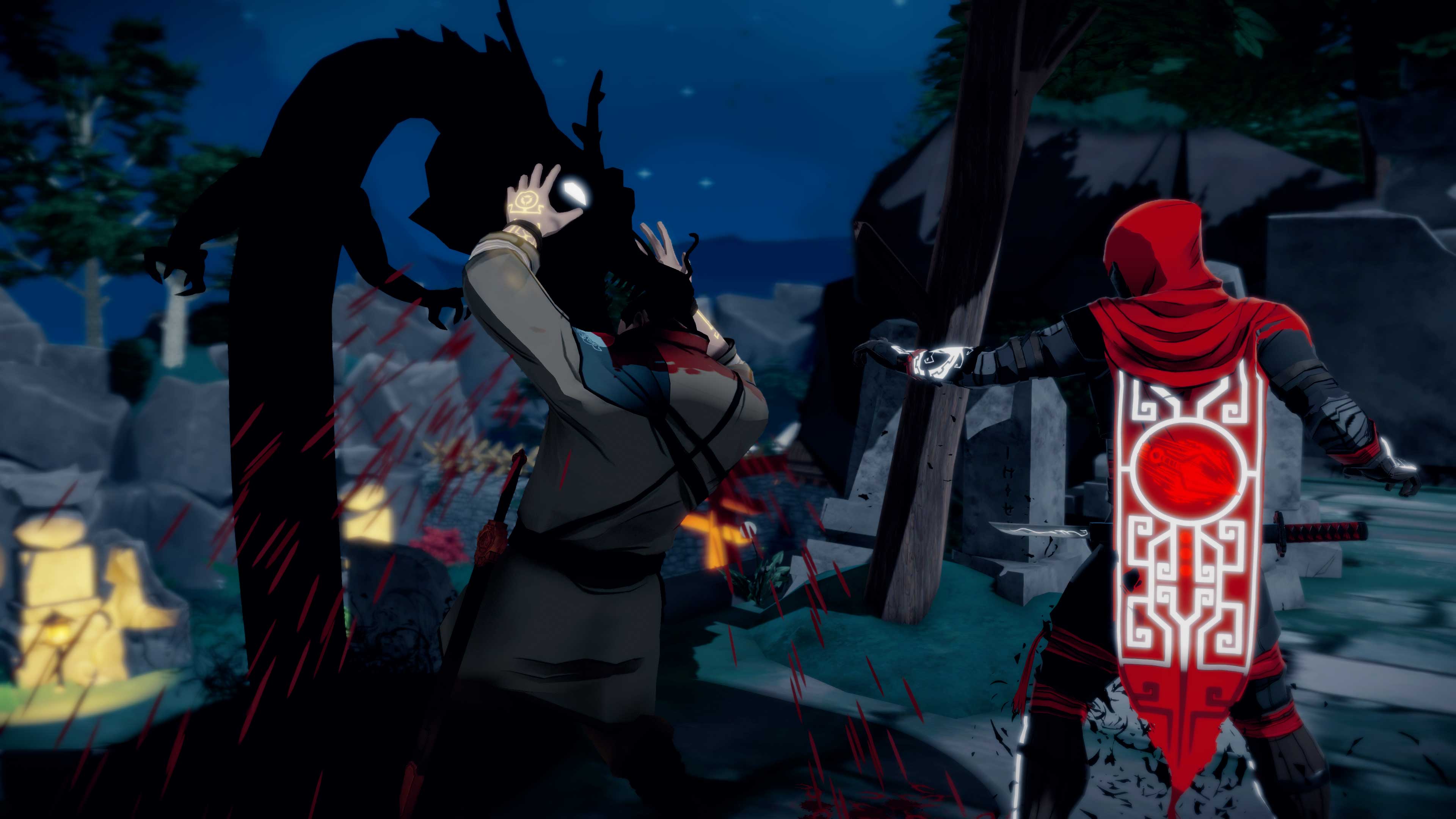 Of course, killing enemies isn't mandatory. I could also cast a shadow on nearby rooftop and then warp to that shadow. One technique that's good for both approaches, is a distracting shadow. Rather than face, say three enemies at once, I can split them up using distracting shadows, or even trap shadows that cut them down like a mine.

It isn't all abilities. I can strike an enemy, but it needs to be the first decisive strike. (Afterwards I can send the body away via the Shadow Vanish.) Aragami can't really face enemies head on. A single strike, say from an enemy arrow is enough to dispatch this shadow assassin. 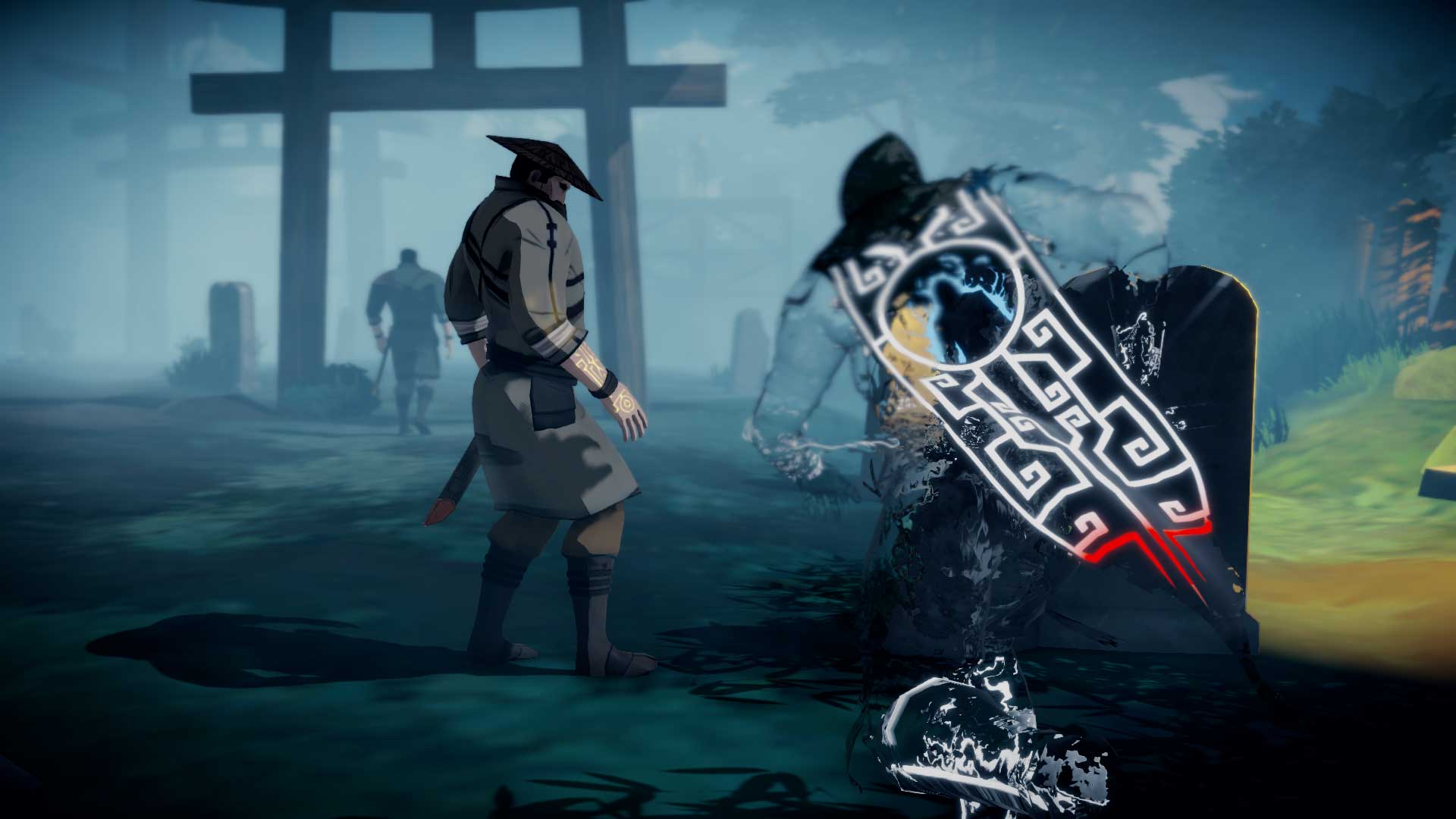 In spite of my bumbling, these elements are all quite apparent. The game has many powers, but it's not an information overload. The developer, Lince Works, is not only committed to making a proper stealth game (with a low margin of error), but they are also committed to a certain style. This a no-HUD game. When Aragami is about to be discovered, his cape/clothing twinges yellow. Upon Discovery, it goes to red. Likewise, when shadow power is charged, the cape is full of color, like the default state of black. But as power is expended and not refilled, say by laying down a bunch of shadow mines or teleporting willynilly, the color drains.

And I must say that relaying these visuals details feels dry, but I love the look of the game. There might be plenty of 2D indie games of varying art styles available these days, but we need more developers willing to do something so striking in 3D. 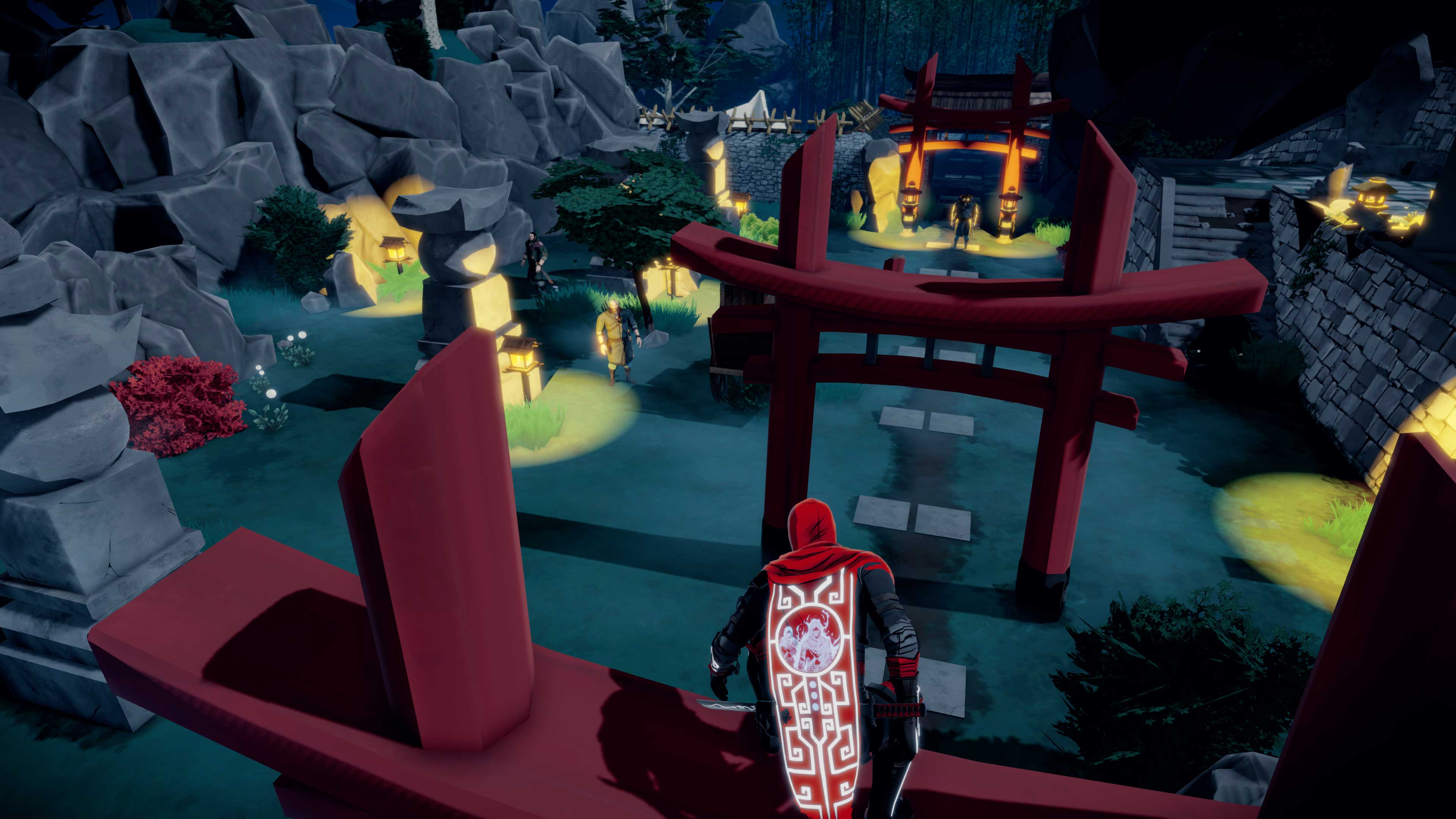 While it will take me some practice to get the discipline needed to survive the one-hit system, the satisfaction of moving with skill is hard to deny. But the high difficulty isn't meant to make for a static playstyle. 'Aragami' has a bit of that 'Dishonored' magic where the player is encouraged to use their powers in new and creative ways.

I'll only get good enough to be impressive if I can play 'Aragami' at my leisure, which I intend to do when it's released later this year. 'Aragami' is coming to the PS4, PC, Mac, and Linux this fall.