The New Xbox One S Only Has One HDMI Out, Will Use an Updated Blu-ray Player App for Ultra HD Blu-ray, & a 4K Scaler for Games

Some things to consider for Ultra HD Blu-ray.

Update: Microsoft has shared some new info about the Xbox One S. Come see notes on HDR10, Dolby Atmos, and more here.

This week at the Xbox E3 2016 briefing, Microsoft revealed something incredibly enticing for the realm of 4K and HDR, the Xbox One S. The small console bears some nice "Slim" features as compared with the original Xbox One, which with a starting $299 price, ought to make it quite enticing for both playing games and watching 4K UHD HDR video content.

And that includes Ultra HD Blu-ray.

A small, accessibly priced Xbox One with Ultra HD Blu-ray support is an attractive offering for any owners or would-be owners of a 4K HDR TV. Although the console is positioned as being only as powerful as the original Xbox One when it comes to games (unlike Project Scorpio), it does have its own 4K scaler. Also, games like 'Gears of War 4' and 'Forza Horizon 3' will even have HDR support, though we will have to wait to see how this will work out in practice with the Xbox One S.

(Such "Slim" features include being 40% smaller, not needing an external power brick, including the new controller, supporting both vertical and horizontal positions, having a USB port and sync button on the front, and having a 2TB configuration as an option. )

Considering what's currently on the market, the built-in 4K scaler, HDMI 2.0, and HDCP 2.2 support should, in theory make it a natural 4K HDR TV gaming companion when it arrives later this year.

Ultra HD Blu-ray is already by my reckoning a must for seeing what a new UHD HDR set can do. But when it comes to Ultra HD Blu-ray, and even streaming 4K HDR video, the Xbox One S may have some important issues. 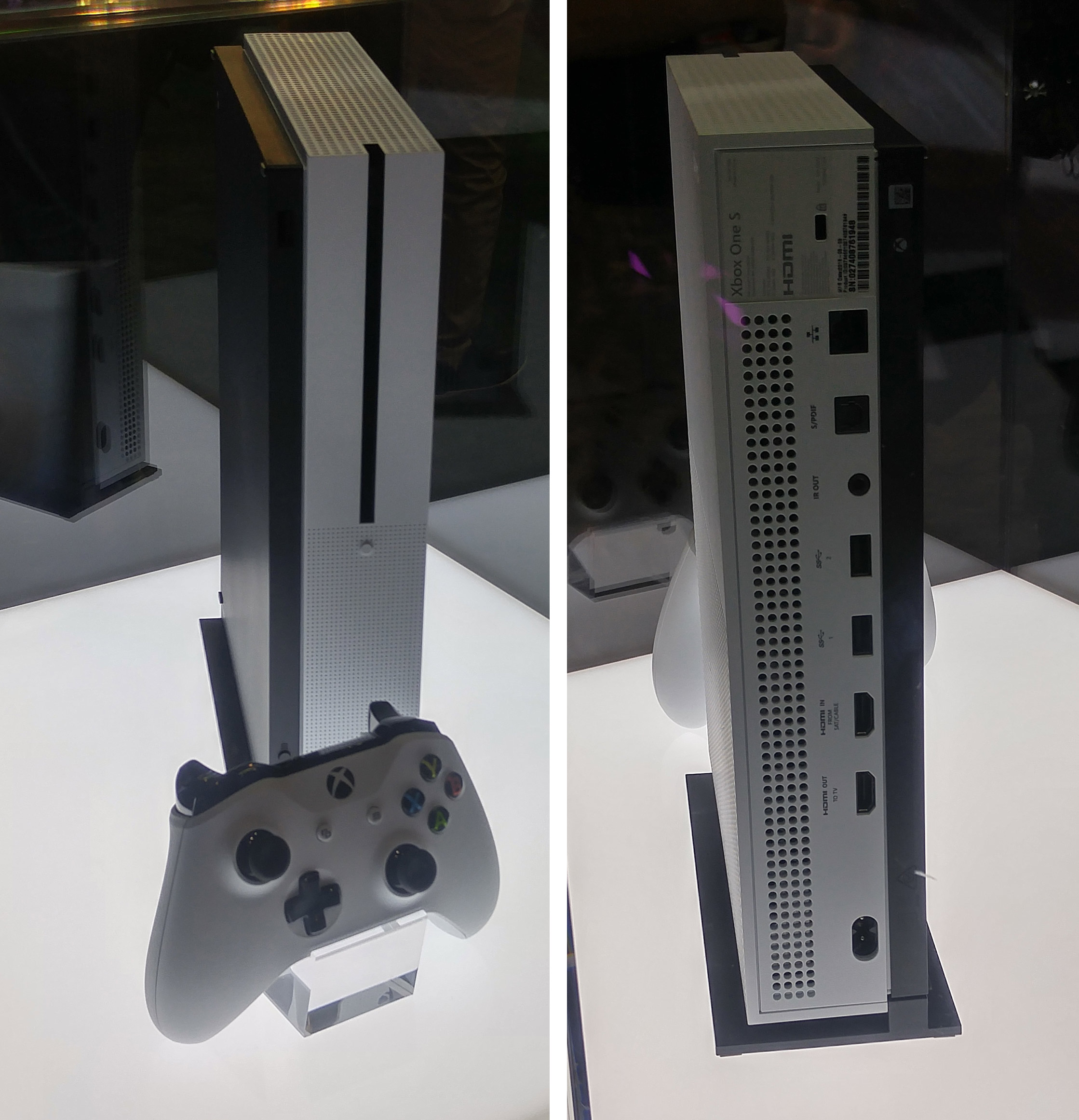 First up, while the console retains the HDMI In the original Xbox One, it also only has one HDMI Out. Not only is this a fairly significant problem for anyone with a non HDCP 2.2 AVR (and of course HDMI 1.4 only AVRs), I've personally seen that even with HDCP 2.2 AVRs, the 2016 UHD HDRs and video apps prefer that direct video connection. That's something that the Samsung UBD‑K8500 is easily able to address, because, like with early Blu-ray players, it has two HDMI Outs.

And then there is the software. The current Xbox One uses an app called "Blu-ray Player" for Blu-rays and DVDs, and it's not one of the better ways to play Blu-rays. For Ultra HD Blu-ray, Microsoft plans (according to the Xbox Platform team) to "evolve" this app. That the app is not ready to show right now, causes me concern. That the current app on the Xbox One has no Atmos or DTS:X support (unlike the PS4 or most Blu-ray players, the Xbox One does offer a direct bitstream support) is a major issue that remains unaddressed.

Along the same lines, the Xbox One S is doubling down on the IR blaster featured in the Xbox One Kinect module by putting it directly in the console. This is so that the Xbox One S can control other devices like cable boxes and AVRs through relayed IR commands. The flip side of this philosophy is that the UI tends to be a little voice dependent. I'm not sure that I want to be stuck using either an Xbox One controller or Cortana to control Ultra HD Blu-ray playback. The current media remote tends to be the last thing that anyone thinks to account for on the Xbox One though does usually get the job done.

(PDP has a new Media Remote coming for the Xbox One, so that's one option to consider as well. It may help smooth out the functionality.) 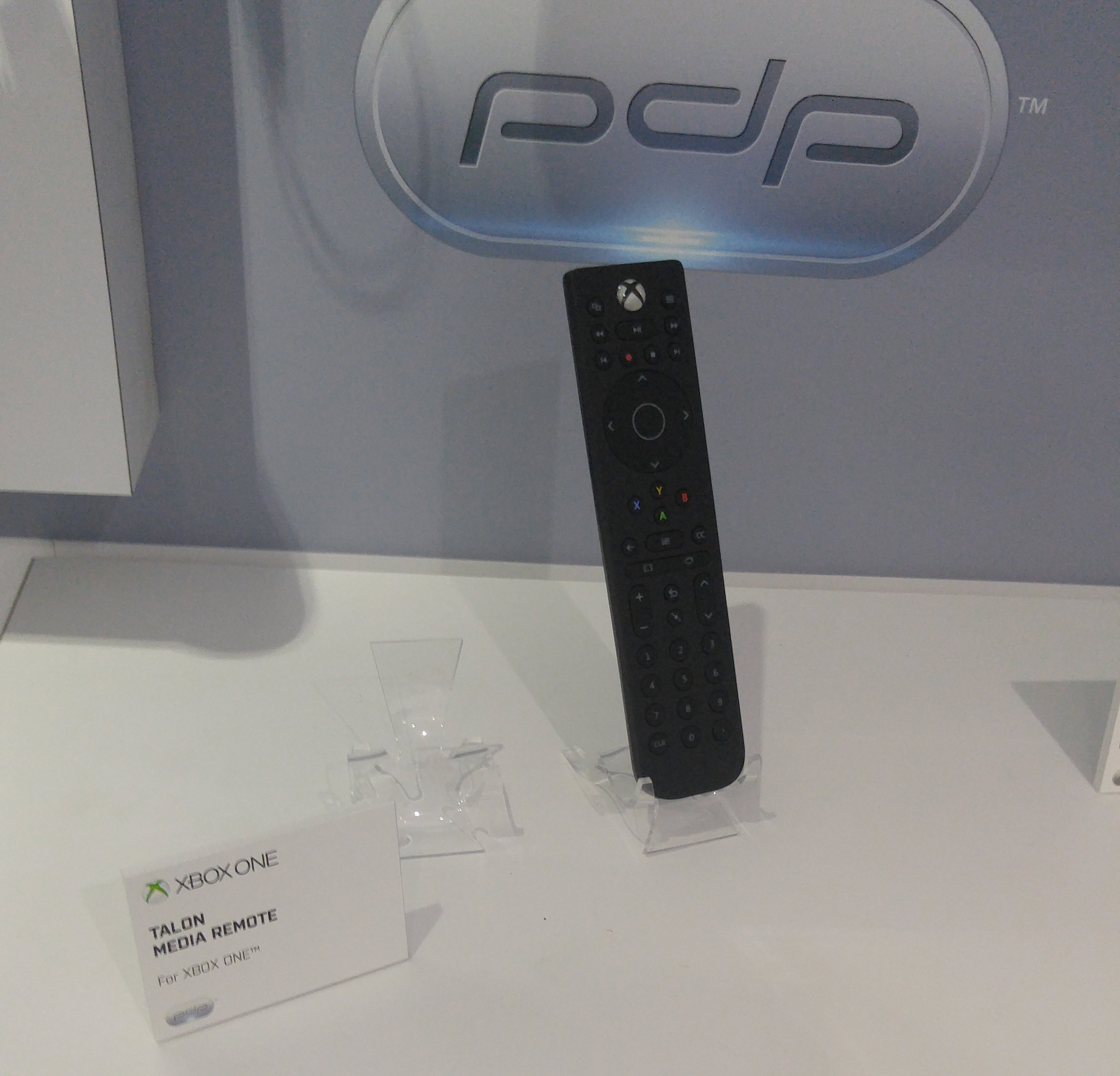 If all of this sounds a bit familiar in terms of using a game console to play Blu-rays, then it's likely not shocking to expect the same from Ultra HD Blu-ray on the Xbox One. Still, for early (or semi-early) adopters, the Xbox One S could be a nice a way to get into Ultra HD Blu-ray without having to commit $400 directly to the format. At the very least, when picking a Xbox One S to go with a new UHD HDR set, be sure that a HDCP 2.2 (with at least one, if not multiple HDCP 2.2 inputs) is part of the equation.

Update: We've reached out to Microsoft post E3 in order to discuss these concerns. Hopefully, an update will be forthcoming.