E3 2016: Nintendo Details 'The Legend of Zelda: Breath of the Wild'

Check out our recap of Nintendo's 'Legend of Zelda' E3 2016 press conference.

'The Legend of Zelda: Breath of the Wild' won't be available on the Wii U or Nintendo's next gen NX until 2017, but the legendary (wink) Japanese company was on hand at E3 2016 with a few updates on the new game's features. Before we outline those, I wanted to give a shout out to our New York readers. If you weren't fortunate enough to head out west for E3 this week, you still might be one of 500 lucky fans who might get to play 'Breath of the Wild'.

How? Head into the Nintendo NY store today through June 19 to watch Nintendo experts conduct guided demos through 'Breath of the Wild' where 500 fans will get a chance to play. Think of it as Nintendo E3 East. 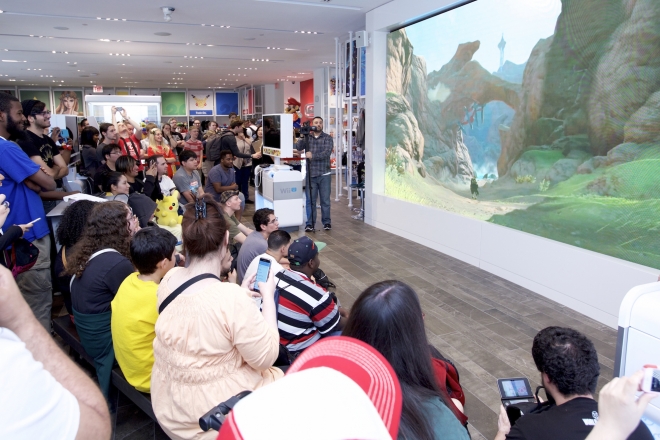 Okay, but back to the game details. Let's break down what Nintendo mentioned.

Nintendo says there will be more than 100 of these locations to find throughout the world. They may be literal puzzles or challenges to overcome. Succeed and you earn yourself a coveted Spirit Orb.

There are definitely going to be helpful Runes to be earned while exploring the Shrines. Nintendo listed the Magnesis Rune (lift and toss metal objects), the Remote Bomb (with TWO different bombs), the Stasis Rune (stop moving objects) and the Cryonis Rune (freeze water and form an ice pillar). 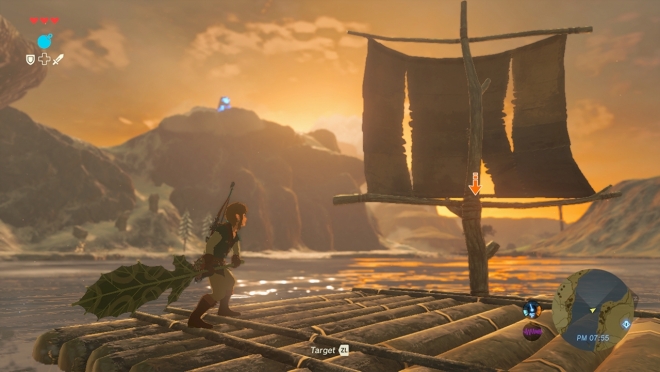 'Breath of the Wild' will feature tons of weapons, new and old, but it's important to know they wear out as you use them. Also, you'll have the option to slow or speed up time to help your offensive and defensive maneuvers.

Forage for food in the environment, or hunt. Your choice. What's more important is that cooking multiple ingredients together boosts health faster than simply eating uncooked foods. Also, depending on what you mix together, the different dishes you make will result in different immunities (things like heat or cold resistance). 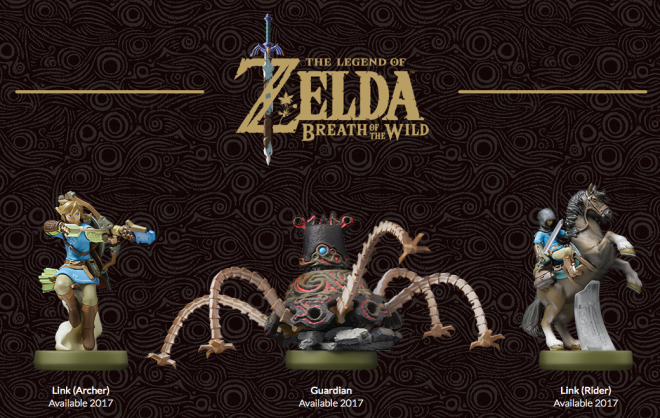 Your overall health will be linked (get it?) to how you dress. In other words, you'll need to acquire climate-specific clothing for a variety of environments. Oh, and watch out for lightning storms if you're wearing metal armor (zap!).

A new series of amigo figures will be specific to this game  -- including Link (Archer), Guardian, and Link (Rider), all pictured above -- BUT if you own the Wolf Link amigo from 'The Legend of Zelda: Twilight Princess HD' will also connect to 'Breath of the Wild'. Wolf Link can be summoned on a day and disappears when his hearts run out. And FYI, he comes with three hearts, but you can earn more by completing the Cave of Shadows and carrying over your saved data from 'Twilight Princess HD'. 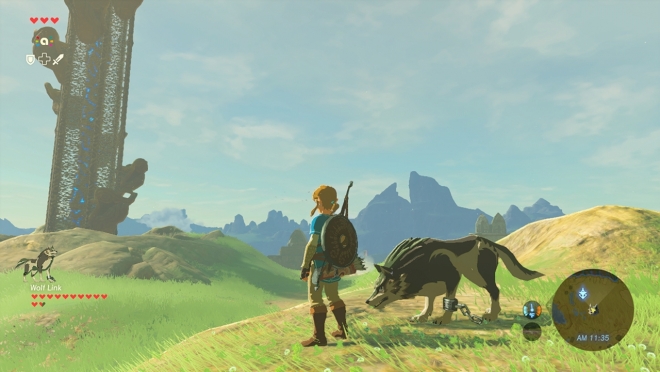