Die-hard fans will get it for half-price.

While 'DriveClub's launch was a total disaster with broken online play, and a disappointing game underneath it all, developer Evolution Studios kept hard at work improving the title. While it was too little too late for most gamers, those that stuck around for the 'Season Pass' content and 'Bikes' expansion got to experience a much better racing game than when it launched October 7, 2014. In a rare act of kindness, Sony has revealed that everyone who own's 'Driveclub's 'Season Pass' be able to purchase 'Driveclub VR' digitally at a discounted price.

Instead of the game's regular $39.99 price, those that own the Season Pass (before September 28th) will only have to pay $19.99 to play the PlayStation VR launch title. According to the game's store page 'Driveclub VR' features "the best bits from ['Driveclub'], along with selected packs from the extensive DLC collection." New content will supplement what non-VR owners have already played as players will also get "new VR modes and features." What exactly those features are aren't exactly known yet, but it should be revealed soon considering the racing title launches October 13th. 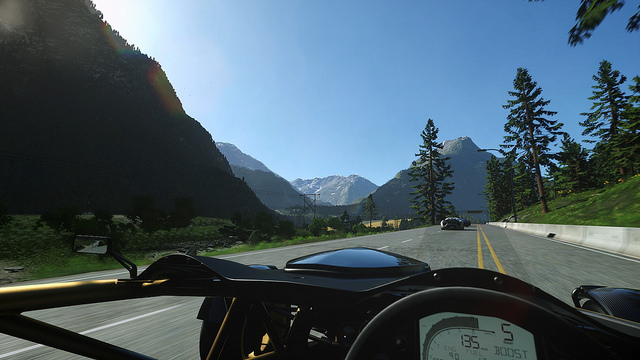 The announcement also notes that while 'Driveclub' developer Evolution Studio is now defunct, the studio was able to complete "the majority of the game." The rest was finished by veteran team members, many of whom are now employed at Sony's WWS Immersive Technology Group.