As has been tradition over the past few years, Nvidia has sought to kick of the 2015 International CES with a bang. As part of the 2015 Nvidia CES Press conference, the graphics chip giant unveiled what appears to be a breakthrough, the Tegra X1 Super Chip.

"Tegra X1 is built on the same NVIDIA Maxwell GPU architecture rolled out only months ago for the world's top-performing gaming graphics card, the GeForce GTX 980. The 256-core Tegra X1 provides twice the performance of its predecessor, the Tegra K1, which is based on the previous-generation Kepler architecture and debuted at last year's Consumer Electronics Show." 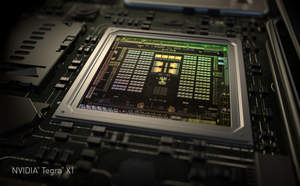 That's right, Nvidia's newest mobile ready chip is so powerful that it can run Epic's Unreal 4 Elemental demo. This is the same demo that was introduced on PCs in 2012, and shown on the PS4 in 2013.

The Tegra X1 can not only process a teraflop, but it can do so while only consuming 10w of power.

But before anyone had a chance to consider the super chip's potential, Nvidia, revealed that dual Tegra X1s will power the Nvidia Drive. The Nvidia Drive is computerized system built around the chips that when paired with 12 cameras becomes the Nvidia Drive PX autopilot system. 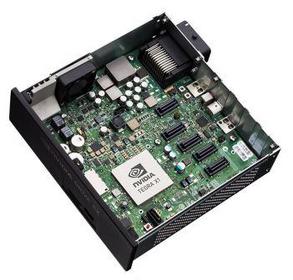 Also demonstrated was the Nvidia Drive CX, which uses Nvidia tech to create complete software and hardware system that does more than the various current driver assist systems combined.

The Nvidia Drive PX was shown to have been designed with idea of deep learning, and the system uses a neural net to learn how to visually identify everything needed to safely pilot a car.