David Jaffe went to the PlayStation Blog today to announce that 'Drawn to Death,' his upcoming multiplayer shooter, will now be launching as a traditional paid game. Originally the game was going to be free-to-play, but the change was made after beta testing and listening to the game's community. While a price and date weren't revealed today, Jaffe did go over what will be in the game at launch.

The game will feature six characters (which can be seen in the artwork below) at launch, although not all of these will be unlocked from the beginning. While not all characters will be able to be accessed staight away, no moves are locked up. Jaffe says that "when you unlock a character you get all of its moves, abilities, and weapons, right from the get-go." The shooter will also have 10 multiplayer maps at launch with more to come in the future. These levels (which were detailed on the PlayStation Blog) be played in a variety of modes that range from several variants of deathmatch to 'Organ Donor,' an objective-based mode where players must shoot the heart out of their foe's chest and then take it back to their base. 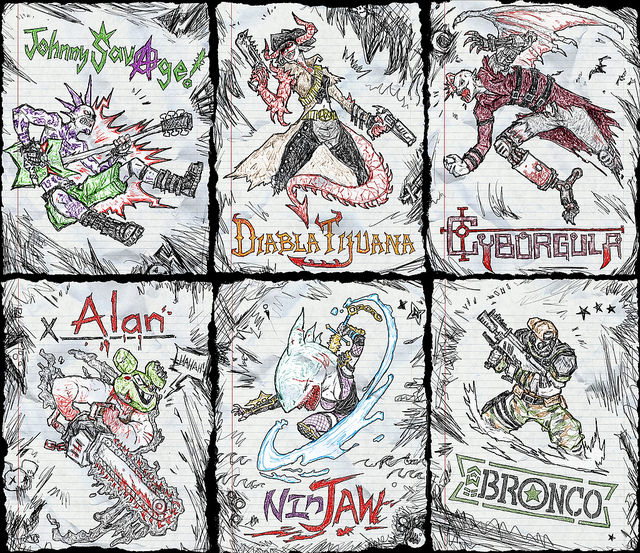 'Drawn to Death is coming exclusively to PlayStation 4 and a launch date is expected "soon."