It was only a matter of time, but things have gotten quite dire for 'ARK: Survival Evolved.' By that I mean that Studio Wildcard has decided that now is the time to unleash direbears within the world of 'ARK.' The direbear, is very bear like. The massive mammal is content to hang around its elected area (which is anywhere it likes). When a threat appears, the aggression and power are evident; however, should one be tamed, the direbear has a lot to offer. 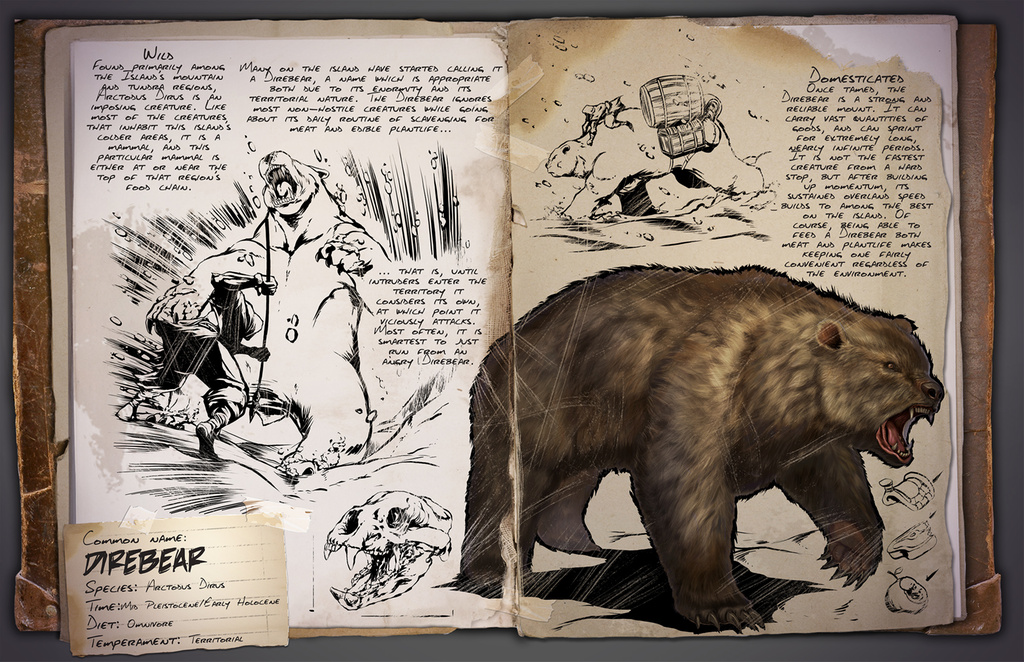 Tamed direbears are good for riding and hauling. They build speed slowly, but can sprint at length. The direbear is an omnivore, and does well with eating plant life.

'ARK: Survival Evolved' is in Early Access on PC and is coming to both the Xbox One and PS4 next year.