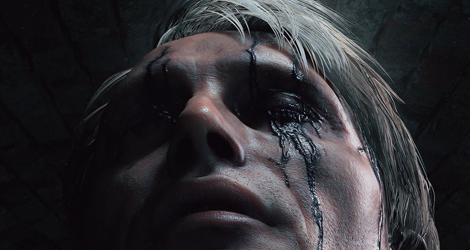 'Metal Gear' creator Hideo Kojima took the stage at The Game Awards last night to accept the Industry Icon award, and also took the opportunity to show off a brand new trailer of his next project, 'Death Stranding.' The video for the PlayStation 4 exclusive was just as baffling as the E3 reveal that starred Norman Reedus, and featured even more celebrity cameos. In fact, it featured Kojima's friend and 'P.T.' collaborator Guillermo del Toro and 'Hannibal' star Mads Mikkelsen.

Check out the full teaser below, which I'll refrain from summarizing since I'm not exactly sure what happened despite multiple viewings. Kojima confirmed that the second trailer is running in real time on the PS4 Pro.

'Death Stranding' will star Norman Reedus and is being developed by Kojima Productions for PlayStation 4.