Could the hard heart of Bungie actually be softening?

As most fans know, 'Destiny' is headed for its first big expansion next month, 'The Dark Below,' which is a paid expansion. At the same time, Bungie has been promising that there would be some additions and changes that extended to all players on all platforms. And now, ahead of the update, some of the promised changes are here along with a ton of minor fixes meant to improve the game.

Chief among these changes are two features, Team Chat and additional Bounty Slots. With Team Chat, which launches as a beta feature, players can (on a per activity beta) switch from the standard Fireteam chat to the new Team Chat. This is done from the Navigation Mode screen (the same screen used to go to orbit or summon a vehicle) and with the d-pad. This new feature is not compatible with Party Chat. 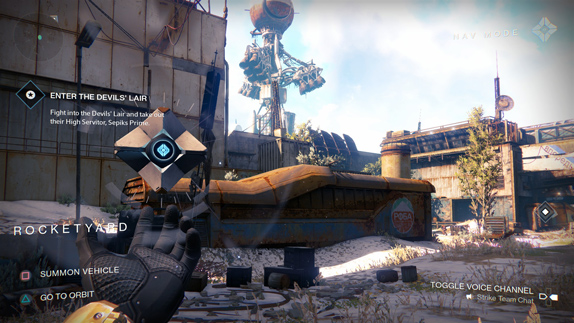 Now if that doesn't sound like something that at the very least should have been added ages ago, the other major free addition is additional bounty slots. Yes, the five slots that contain 90% of the game's activities and can be taken up long term by Exotic Bounties, Event bounties and other longer than one session bounties, is being expanded from five slots to ten. There's no telling how agonizing it was for Bungie both to decide to add this feature and then to pour in the hours required to make the change, but at least it's free for all players.

Other additons abound: Bungie has added both new shaders, and shader preview functionality. The game's seldom public events will now happen 10%-15% more often. While the update also tweaks various weapons, classes, and maps, Bungie has also started tweaking the UI, and doing things like adjustins the feedback from sticky grenades. All of these changes are detailed here.