Today, in a big February update from Harmonix, lots of info about upcoming 'Rock Band 4's DLC tracks, updates, and fixes were shared, but most telling of all is the new switch to regularly updating the promised features and fixes timetable. 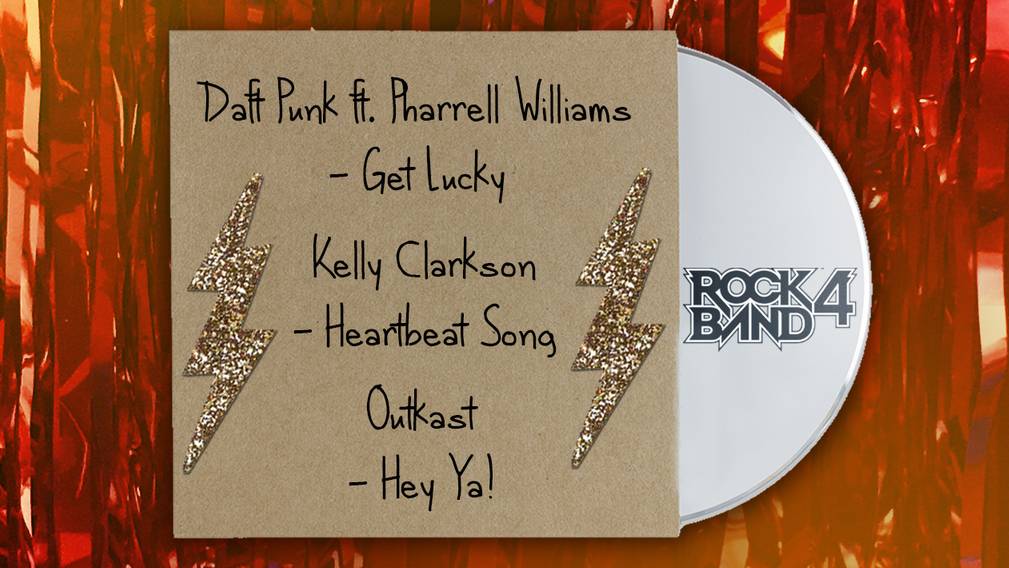 Also, promised for tomorrow, here are the incoming updates:

Scores earned via Play a Show mode now post to the leaderboards;
New Rock Shop items include Raz’s helmet from Double Fine’s Psychonauts as well as a Whispering Rock t-shirt;
Puts the end to several scoring exploits, including the Band Overdrive issue;
Several fixes that improve scoring issues with the Freestyle Guitar Solo system;
Audio mix adjustments which result in a more “full” and “live” mix, as well as several minor bug updates.

And finally, here's a peek at the upcoming DLC artists:

Once more it seems, Harmonix (or a small subset thereof) is going to take at stab at making game sound better. The idea now will be to try and make actual live recorded tracks sound different from studio stuff and vice versa. This follows a front stereo approach to everything and a more recent 5.1 crowd for everything. What's really nice, though, is that thus far this year, the support of the game, and its platform status are continuing. It's interesting to think where it might be in a year.