Finally get that card collecting achievement.

Ok, so it's not quite time yet for New Game+ in 'The Witcher 3: Wild Hunt' (review here), but Patch 1.08 is the groundwork (2.1GB worth) that gets the game ready for the upcoming free New Game+ DLC. The new patch is now available to download on all three platforms, and one it of its chief fixes is to fix some of the issues introduced in patch 1.07.

Although patch 1.08 follows the massive 1.07 and precedes the final piece of free DLC, CD Projekt RED has not indicated any slowing in patch releases. 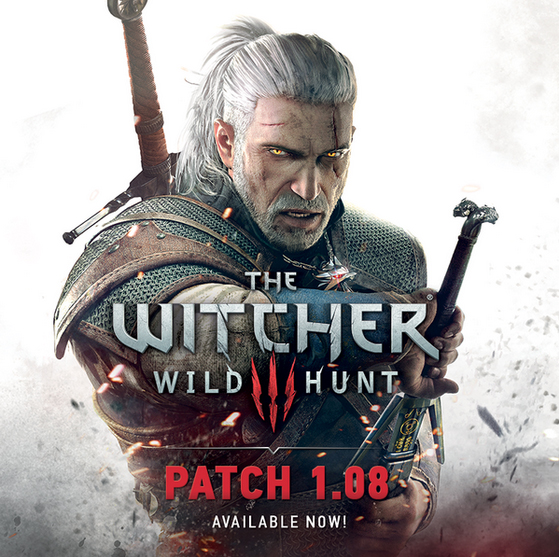 Here are the full patch notes:

PERFORMANCE:
Overall improvements to performance, including some issues that may have been caused by 1.07.

GAMEPLAY:
Fixes a rare issue where items would disappear from the stash.
Fixes a very rare issue which would cause Geralt to get stuck when trying to run.
The interaction pop-up will no longer appear on lootable objects that are empty.
Fixes an occasional glitch in one of the dwarf combat animations.
Heads chopped off during finishers will no longer disappear.
"Players can perform a roll just before landing to significantly reduce the damage caused by falling.
We've added a tutorial pop-up window explaining this to make it clearer."
In patch 1.07, the level requirements for certain items were scaled up, leaving some players stuck with only unusable gear. With patch 1.08, we are introducing the Wolven Hour potion. This potion will be available in everyone's inventory once they install the patch. It will reduce level requirements on all gear for a period of one hour. This will give players time to level up or find alternative equipment using the gear that was available to them in patch 1.05 but became unusable after patch 1.07. After one hour, the potion's effects will cease and the requirements for all gear will revert to their original, pre-potion values.
Fixes an issue where players were unable to compare their items with ones sold by merchants.

ACHIEVEMENTS:
Players will now be able to complete the Card Collector achievement.
Achievements are now working properly again and will be unlocked if players meet their requirements after installing this patch (PC version).

GENERAL:
Preparatory features paving the way for the introduction of New Game + in the future.