The season of Xbox is upon us.

This guide focuses on the Xbox One, but includes a large overlap with our PS4 Holiday Gift Guide.

It's been a heck of a year for the Xbox One, and the system has improved in all kinds of ways, from new games, to new features, to better prices and bundles, it's the best time yet to get an Xbox One.

There's no getting around it, new owners are going to need the actual Xbox One console to be able to play games, and thanks to ye olde market competition, the entry price is a shadow of its 2013 self. The normal low price for the holidays is $349 for the Xbox One Assassin's Creed Unity Bundle, which includes the black 500GB console, one controller, and two games. There is a more expensive version, which includes Kinect, but most users won't miss the $100 add-on.

Meanwhile, the 'Call of Duty: Advanced Warfare' bundle, which is the only custom art model, and the only one with a 1TB hard drive, includes the game and console for $449.

The Xbox One is all about gaming online, and to do so, the player needs a Xbox Live membership. The nice thing is that the membership now includes free downloadable games on a monthly basis as well as access to special weekly sales.

For Xbox One owners who expect to have a few local friends, siblings, roommates, etc., a second controller is a good idea. The Limited Edition Call of Duty Advanced Warfare Controller is the easy stand-out pick, as it features a brilliant custom design. After that, it's important to remember that Xbox One controllers run on double AA batteries. Microsoft offers both a standalone battery and cable solution, as well as a controller, battery, and micro USB charging cable bundle. 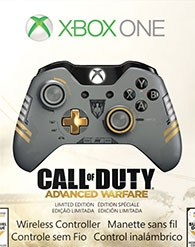 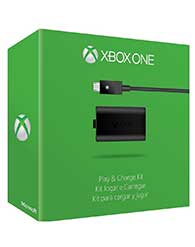 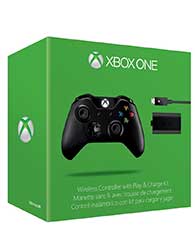 The Xbox One includes what I'll politely call a starter headset, which can handle online chat. For those looking to get quality game audio through their headset, (thereby sparing everyone else in the household during quiet nighttime hours), Turtle Beach's Stealth 500X is the stand-out choice. The wireless headset includes delectable DTS Headphone:X 7.1 surround sound, a 15 hour rechargeable battery, separate game and chat volume controls, Dynamic Chat Boost, phone integration (for receiving calls, texts, and listening to music while playing), and can be used in wired mode with tablets, phones, etc. 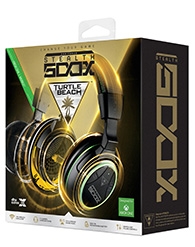 Users are buying digital versions of console games at an accelerating rate, but even for those that stick to discs there are all kinds of add-ons (like Call of Duty maps) that require Xbox One digital credit.

An Easy Foursome to Give

Not unlike the 'Batman Arkham' games, 'Middle Earth: Shadow of Mordor' does what we have begged for since the 1980's, it combines a beloved license ('The Lord of the Rings') with a fresh take on existing game genre, third-person action/stealth. Taking on the echelons of minions in Sauron's army is too much fun.

Millions have taken the 'Destiny' plunge, and millions have stepped back, wishing that the game delivered more. Make no mistake, the game is an excellent shooter with enjoyable co-op but falls short in terms of delivering MMO levels of content. In the Activision pantheon, the game offers something for both fans of 'Call of Duty' and fans of 'World of Warcraft' while at the same time channeling much of what has made 'Halo' a great series. The key characteristic here is multiplayer; it's all about playing and competing with fireteam friends.

The 'Far Cry' games always have offered fun (and violent) ways to travel through lush and exotic locales, and the first person view has been a big difference maker. 'Far Cry 4' adds to the toy box that was the third game, but goes one better by offering online co-op and the incredible Kyrat setting.

In the 90's, RPGs were like a core facet of gaming, but these days, they are a rarity. With 'Dragon Age: Inquisition' that amazing sense of a having fallen into a fantastic world returns, and the game is a must for any players looking for a memorable cast of characters.

In spite of several misadventures in cinemas and on video game consoles, there are still thousands of 'Alien' fans, and an endless number that encounter the franchise's best for the first time year after year. And that is why 'Alien: Isolation' is such a great gift. The game gets the player into the eerie world of the Xenomorph and what follows is a space platform worth of trouble that has to be experienced to be appreciated. 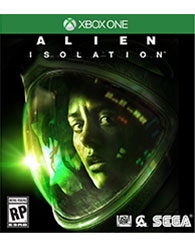 Anyone who likes Legos or icons like Batman and Superman needs to check out 'Lego Batman 3: Beyond Gotham.' The co-op play has always helped to make the series great, and families can try to puzzle out each character in the game's massive cast.

It may have blossomed to multiple platforms, but EA and PopCap's 'Plants vs Zombies: Garden Warfare' is a very colorful and light take on the shooter genre. It is really an online only game, but there is lots of depth, even at a value price. 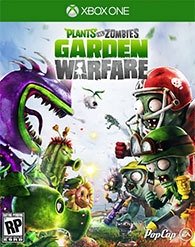 While it's far from a perfect game and is surpassed in terms of pure gameplay by last year's 'Assassin's Creed IV: Black Flag,' 'Assassin's Creed Unity' is still a great gift because of how visually impressive the virtual French Revolution era Paris is. When the game is behaving, it can look stunning, right down to the customizable character clothing. This is the kind of game that when bundled a new system, just looks great, not unlike last year's 'Killzone: Shadow Fall.'

'Call of Duty: Advanced Warfare' is the best 'Call of Duty' in years, and even better, the in-game exosuit has added the kind of dimension that the franchise so desperately needed.

These games have made the jump from older consoles to the new ones, and in so doing, have attracted millions of players new and old.

The three protagonist campaign for 'Grand theft Auto V' was a blast on the PS3 and 360, but on the new consoles the whole thing can now be played in a stunning first person view. For older gamers, this is one not to miss.

Lara Croft has hung around a long time, but it's in 'Tomb Raider: Definitive Edition' that the character became worth caring about. 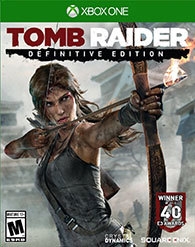 If you're torn between 'GTA V' and 'Tomb Raider: Definitive Edition,' then why not pick the game that has the best of both? 'Sleeping Dogs: Definitive Edition' is a sandbox title that brings the player to the seedy alleyways of Hong Kong in a way no game has ever before. 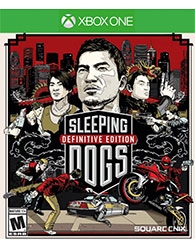 This should be a slam dunk as the on paper, almost every Xbox One owner should own 'Halo: The Master Chief Collection.' Unfortunately, the game has some serious launch issues, namely when it comes to online matchmaking. The good news is that 343 and Microsoft seem to be committed to fixing the problems and making this HD 'Halo' showcase what is should have been on launch day.

Rounding Out the Xbox One

There are a quite a few shooters out now that have mixed the old run and gun formulae, but only one offers the dynamics of titans (mechs), pilots, and bots combat. Of course, we're talking about 'Titanfall', which is almost a must-have for all Xbox One owners. 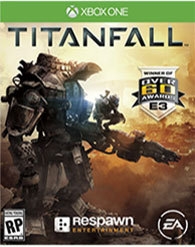 'Forza Horizon 2' is easily one of my favorite Xbox One titles, and the best bet in racing anywhere right now. Get in and feel the speed while cruising around the European countryside and enjoying some of the finest cars around.

The newest Xbox One exclusive, 'Sunset Overdrive' is perfect for those who like a little a chaos in an otherwise vanilla world. It's all about combat the effects of mutating energy drink and the evil company trying to cover up there mess. That and shooting LPs at orange mutants while grinding around like a skateboarder's dream. 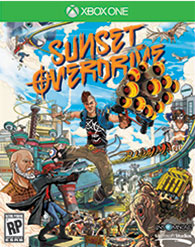 While I said at the onset that skipping out on Kinect isn't a big deal for most users, the best game for the maligned peripheral has to be 'Disney Fantasia: Music Evolved' which will get the user moving to both pop hits and classic pieces, all while enjoying Harmonix's lovely visuals.