'Lawbreakers' Will Begin Breaking The Law This Month

The time has almost come for Cliff Bleszinski's post-'Gears of War' project, 'Lawbreakers'.  Cliff's development studio, Boss Key, announced today that the game will be holding a closed alpha sometime around the middle of June. 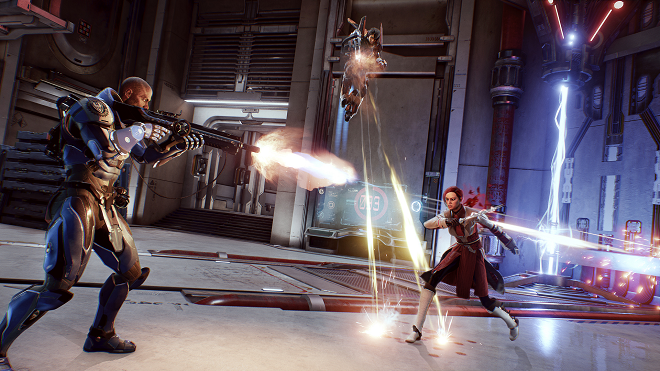 The specifics as to what players can expect from said alpha will be revealed by Cliff during the PC Gaming Show, 11:30 am Pacific/2 pm Eastern on June 13th. Before then, however, a small collection of high profile Twitch streamers will get to show off some of the alpha on June 6th and 8th. The full list of streamers and their channels can be found here.

Anyone who wants in, there's no guarantees, but registration for the alpha is still open over at www.lawbreakers.com . Can't hurt, right?