'Bloodstained: Ritual Of The Night' Demo Called Forth For Kickstarter Backers Who Wish To Pay Iga Tribute

No stealing of men's souls requireded.

'Bloodstained: Ritual of the Night' was one of the most successful video game Kickstarters ever, and surely, more than a few folks splurged the $60 for the physical release. If you're one of those folks, you may want to check your email sometime around RIGHT NOW.

Anyone who backed 'Bloodstained' at the $60 level or better, and filled out their backer survey prior to June 13th currently has access to the E3 demo, the codes for which were sent out just this morning. The demo is short: basically just the first stage, with Miriam on her way to Totally-Not-Dracula's-Castle on a rotting galleon, and dealing with a pretty serious Kraken problem along the way. But make no mistake: this is a 'Castlevania' game, to the bone, albeit prettier than ever. 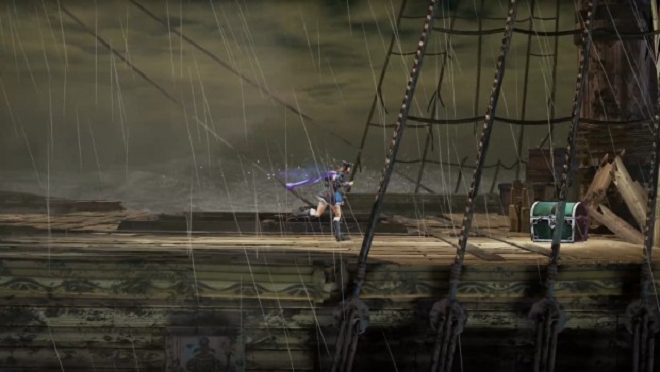 There's a few sidenotes, though. The demo is Steam only, and the system requirements are on the low-side of high-end, so make sure you can run it before making your computer sweat unnecessarily. The demo is also only active for three months, and there's a couple of minor, but not game-breaking bugs that are being addressed. You can get the rundown, and a letter straight from Iga himself right over here. But enough talk. Have at it.