The fifth downloadable team for 'Blood Bowl 2' has been released on Steam, and this time it stars werewolves. The Necromantic team is comprised of flesh golems, zombies, the aforementioned werewolves, wights, and ghouls. All of these creatures will take to the football field to battle it out in this turn-based 'Warhammer' spin-off.

The Necromantic DLC will set back buyers $6.99 in the future, but is free for 'Blood Bowl 2' owners on PC until the next DLC (featuring the Nurgle team) is released. While the Necromantic team is available now on computers, console players will have to wait until later this month to play (where it will be paid DLC). This is all part of Cyanide Studios' "founders incentive," where they are trying to please a fanbase that feels the game launched without enough content. 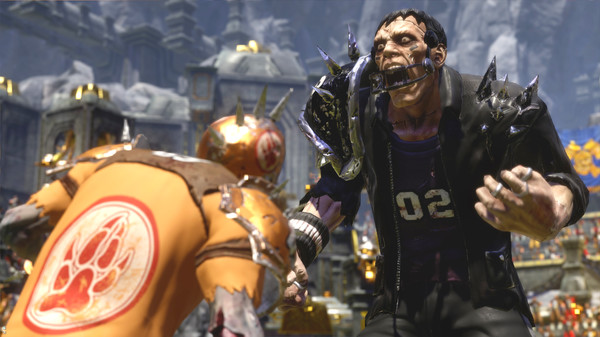 'Blood Bowl 2' is available now on PC, Xbox One, and PlayStation 4.