Get your wayback machine in gear.

Editor's Note: The following news item involves events and transactions that were not particularly well-documented when they occurred several decades ago. The new info is also of somewhat shaky quality, but is certainly more than rumor. In effect, this can all read as conjecture involving an unfolding story.

It's been nearly 25 years since it all went bad, but once upon a time Nintendo and Sony entered into a partnership based around optical disc-based gaming. The deal, which was struck in 1988, was ahead of its time, and by all indications, once actual hardware was ready to show, Nintendo realized that they may have "given away the store" with regards to the terms of the deal. Nintendo blanched, struck a deal with Philips, and then proceeded to ignore optical formats for years to come.

This past week (and really yesterday), a prototype that would seem to fit the dual format Sony design has resurfaced. For now, the user, who purports to have come by this through his father, who in turn may have come by it through a former chief of Sony Electronic Publishing, does not have a power supply on-hand, and seems to be growing aware that attempting to power-on what appears to be an otherwise complete (console, controller, demo cartridge) prototype might be a bad idea. 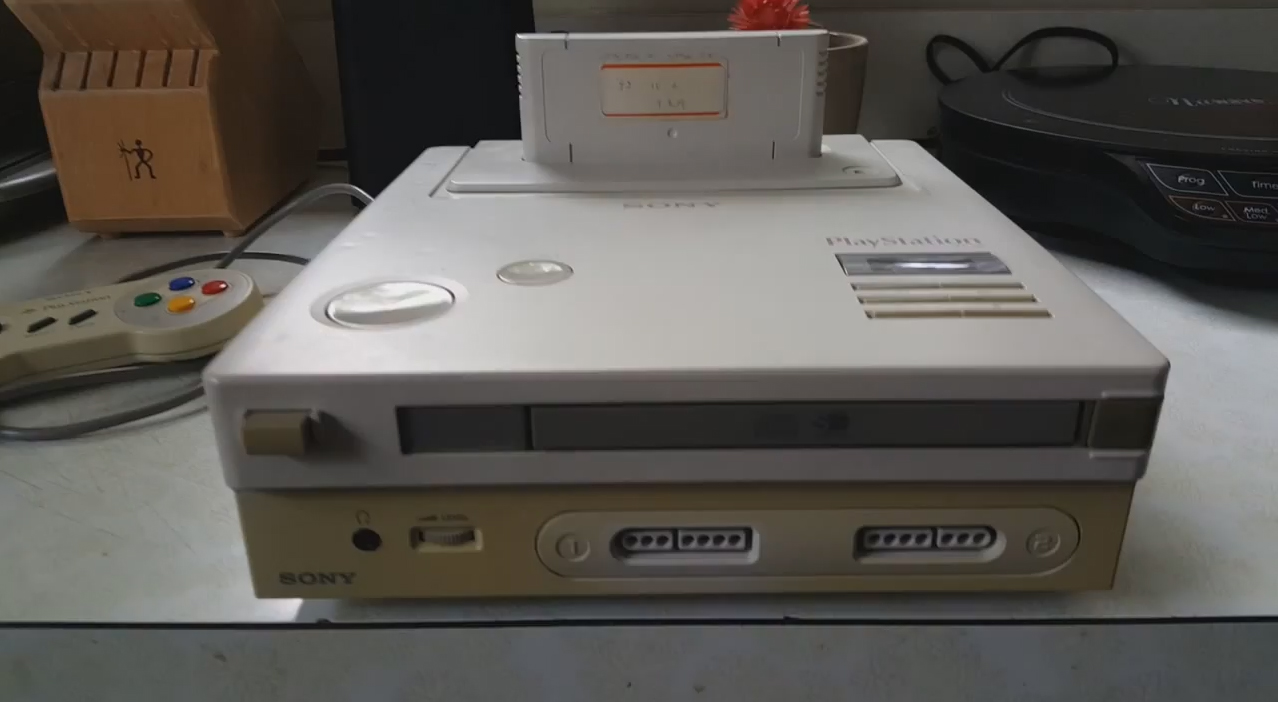 At any rate, he's captured footage of the unit, which everyone can now view and regard what seems to a legitimate, and extremely rare curiosity of the gaming world.