Microsoft Now Offering Built-In Xbox Wireless For PCs and For Peripherals, Lenovo & PDP Among the First the Showcase the Tech

A big deal for accessory makers.

This generation, Microsoft has been slowly taking an even firmer grip on the PC controller side, thanks in part to offering a simple Xbox Wireless Adapter. That adapter lets Xbox One controllers work wirelessly on Windows PCs (as opposed wired via USB). At first this functionality was limited to Windows 10, but was later expanded to Windows 7 (and 8). But now, Microsoft is making good on a recent promise to get more accessories involved.

First off, today, the VR focused Lenovo IdeaCentre Y710 was announced as having built-in Xbox Wireless. Furthermore, the upcoming PDP Fender Jaguar Guitar Controller will work with both this new Lenovo and all existing Xbox One Wireless adapters. And that's not all. Astro, HyperX, Plantronics, Razer, SteelSeries and Turtle Beach are all on-board in terms of making accessories that can be used with both built-in and adapter-based Xbox Wireless. 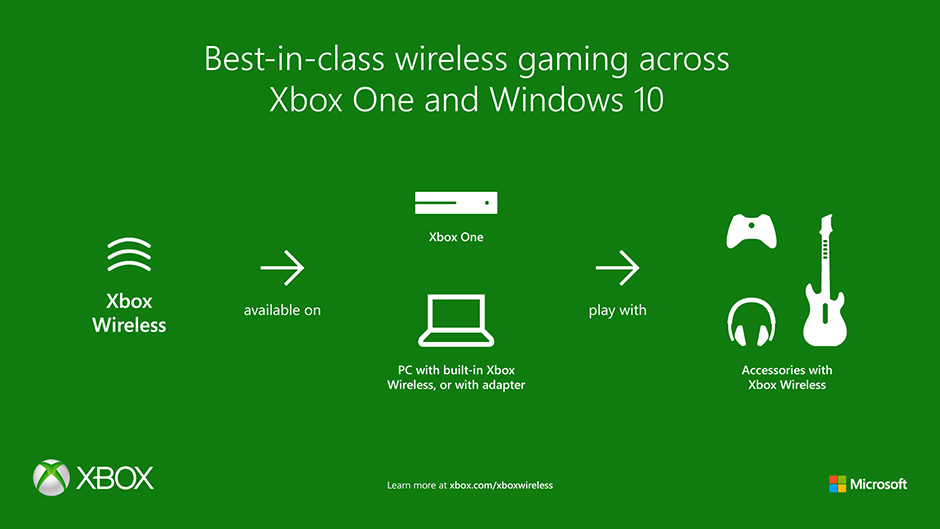 Naturally, this means that more PC partners will be tempted to add built-in Xbox Wireless tech.

As related by Microsoft, here are the advantages for Xbox Wireless:

Microsoft has a plan to let hardware makers place Xbox Wireless directly into PC motherboards, but for those of us with our own rigs, the USB-based Wireless Adapter will continue to be be able to talke advantage of whatever accessories join into the Xbox Wireless plans.