Both coming November, free for everyone.

Ubisoft has announced two bonus character outfits for 'Assassin's Creed Syndicate' that will be released worldwide for free in the month following the game's release.

These two costumes—one for each of the game's twin protagonists—are a bit more creatively designed (though seemingly less practical) than traditional Assassin garb. Evie will receieve a steampunk-inspired outfit, complete with stereotypical steampunk goggles and electrified vacuum tubes carelessly placed on her shoulder. Jacob's new outift is taking another page out of 19th-century English literature with a rough, patchwork cloak inspired by the monster from Mary Shelley's Frankenstein. 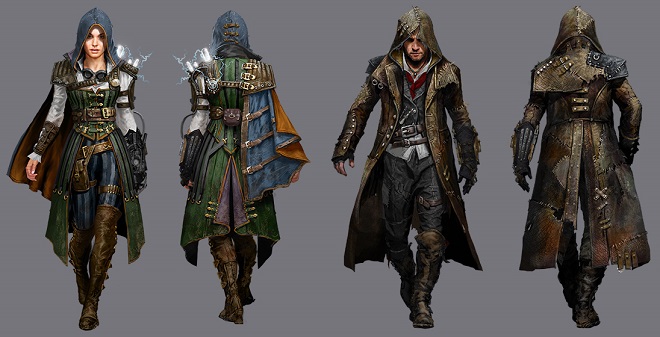