If you're really (and we mean really) looking forward to Ubisoft's 'For Honor,' then Gamestop has an exciting offer. The retailer is selling the 'For Honor' Apollyon Collector's Edition on their website for $219.99. The premium offering also comes with the 'Gold Edition' of the game, which normally costs $99.99 and comes with the game's Season Pass and exclusive DLC.

Here's what players get from the $220 package (description courtesy of Gamestop): 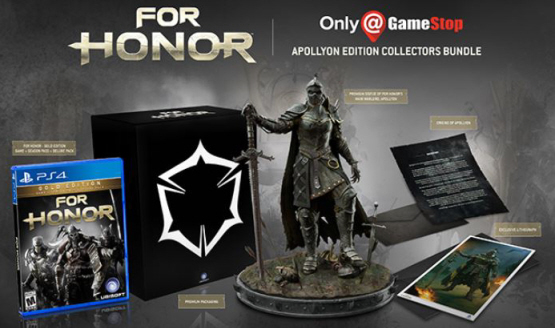