The life and times of an amateur detective.

Editor's Notes: 'Kathy Rain' impressions based off of the PC demo. That demo is now available on Steam and GOG.

Adventure games and pixel games alike have seen a revival in recent years after petering off for some time. Recently, we were able to play the 'Kathy Rain' demo from Clifftop Games (which is a one-man band consisting of Swedish dev Joel Staaf Hästö), and it manages to mix both of these old-school conventions into one interesting AGS-type experience.

Kathy is a sophomore in college and she returns home for the first time in forever when she learns that her grandfather has passed away. His death is not necessarily suspicious, but the vegetative state he had been in for the fifteen preceding years certainly is, so Kathy puts her journalism major to good use and begins investigating what happened to the old man. What immediately struck me about the game’s tone and characters is how normal everyone is, at least on the surface. After gaming for so long with superheroes and war heroes and protagonists who never speak, it’s refreshing to spend time with characters who are just human beings. Not boring ones, there’s a definite distinction there - but they’re not perfect either. Kathy has neglected her family for a long time for reasons unknown, and her mother is mentally unstable. Dad is a deadbeat who walked out when she was a child. You know, just regular people stuff. 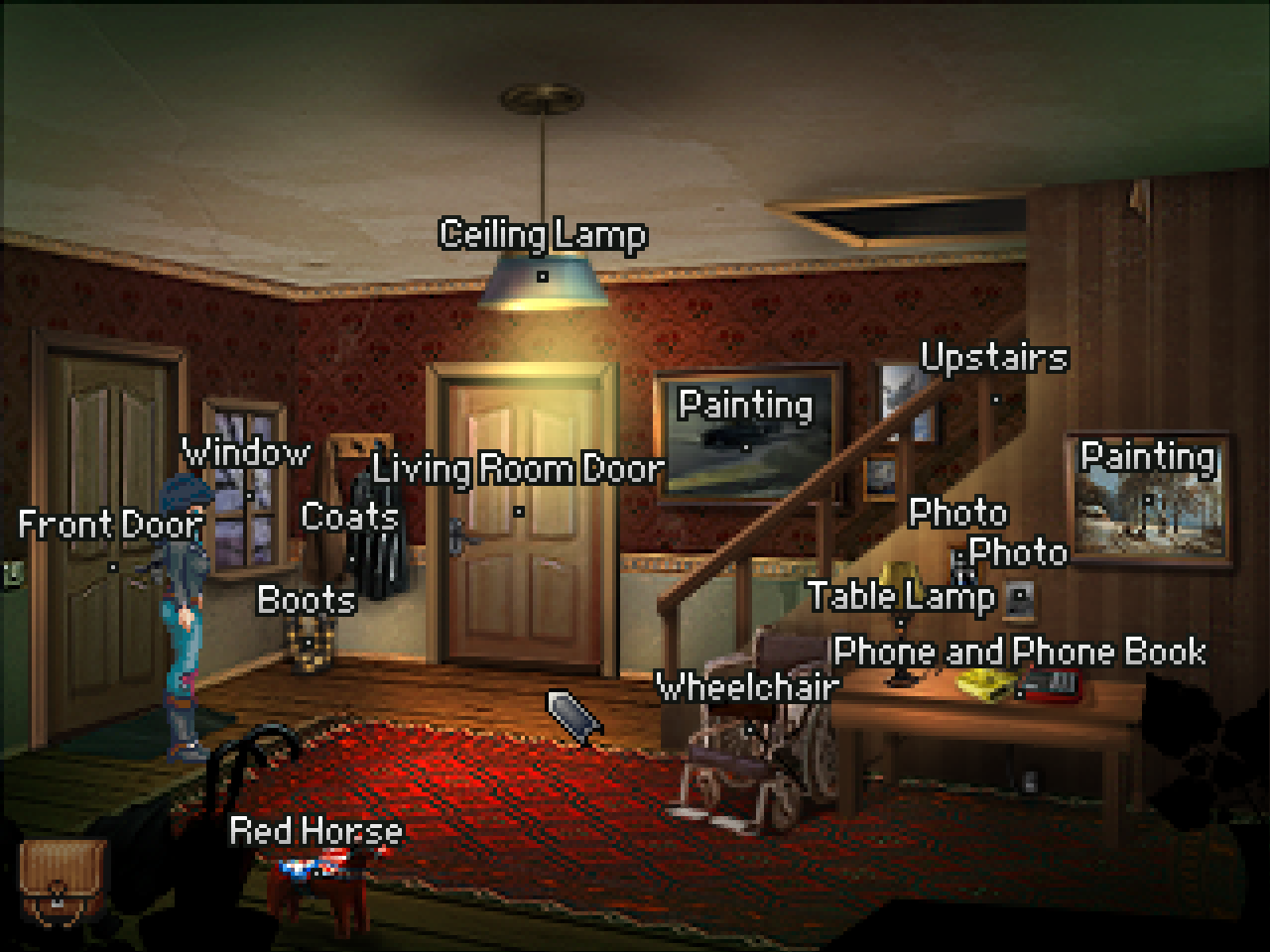 The writing and voice acting, both of paramount importance for a point-and-click like this, are quite good. Kathy in particular is very convincing. She is both smart and a smart ass, and has a defiant streak that colors how she interacts with other people. When asked on a date by a nervous cop, her responses range from firm to downright mean. There are a few odd phrases that pop up in dialogue here and there, subtle anachronisms that probably look fine on paper but sound curious when spoken aloud. By and large, however, conversations are interesting and believable. 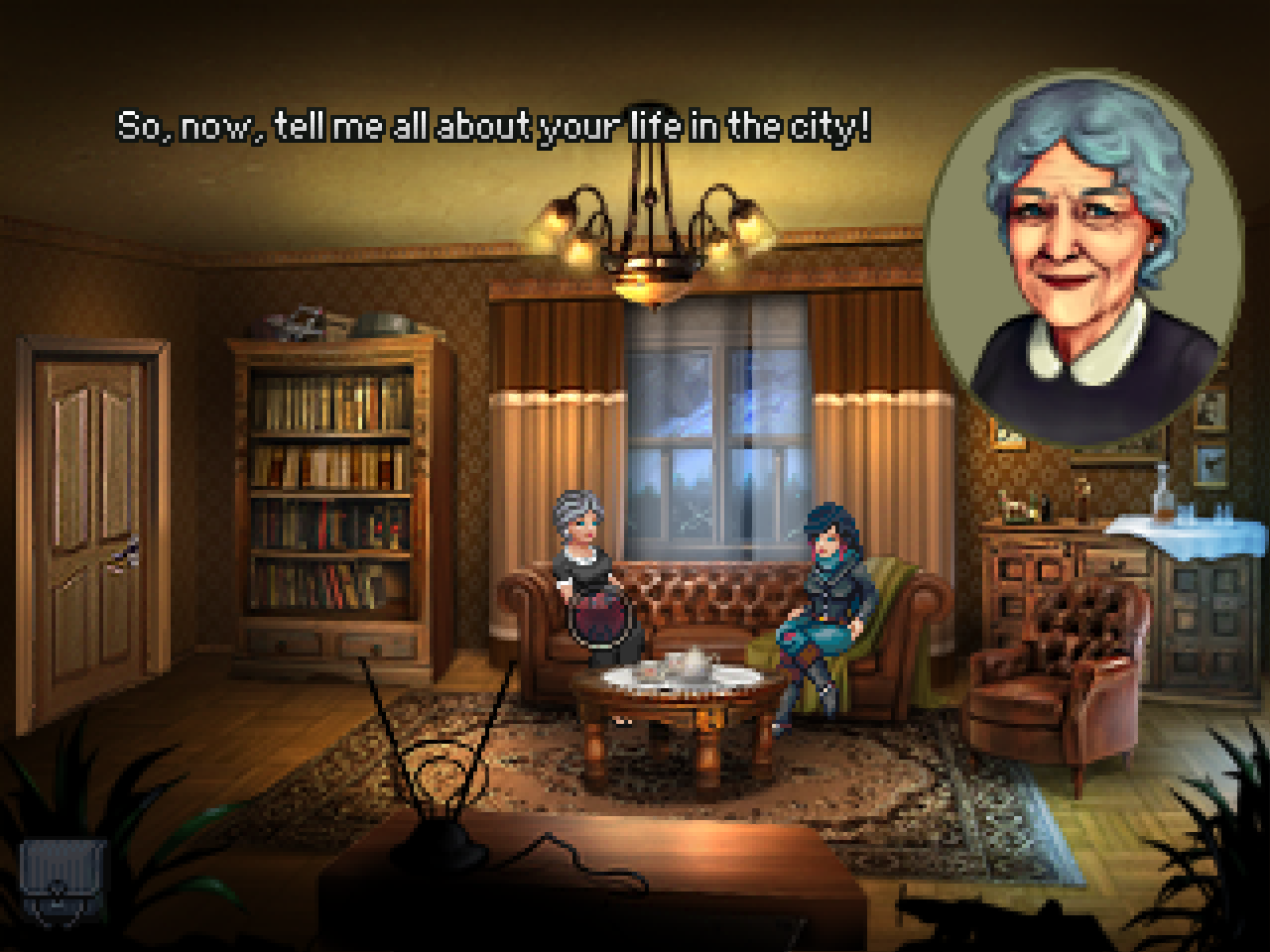 Kathy’s investigation is recorded in her notebook, and speaking with people about it has a hint of 'L.A. Noire' style questioning. Gameplay is otherwise conveyed by classic adventure actions, like stealing random objects and then plugging them in later to solve little environmental puzzles. Actual puzzles also make an appearance, like a simple but clever number problem that completely baffled me for the better part of ten minutes and then made me feel foolish because the solution was right in front of my eyes. 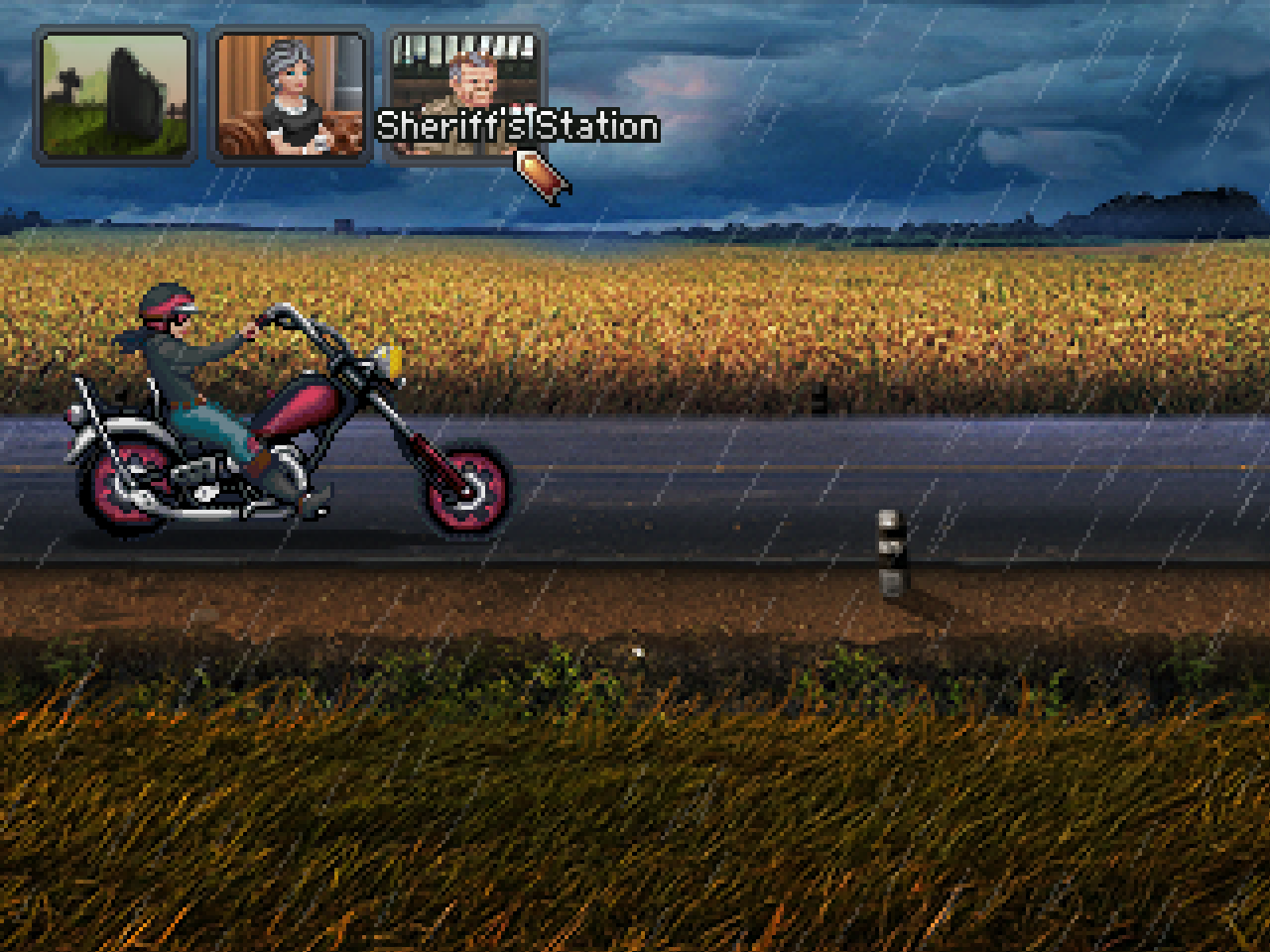 The pixel style is smooth and pretty, with a level of detail not usually seen in this kind of artwork. The portraits especially are impressive. The game takes place in the mid-90s, which wasn’t a whole lot different except for the fewer cell phones, big computers, and a lot more paper books. There’s no fullscreen mode or any settings at all in the demo we tried, but hopefully they will be added with the full release. 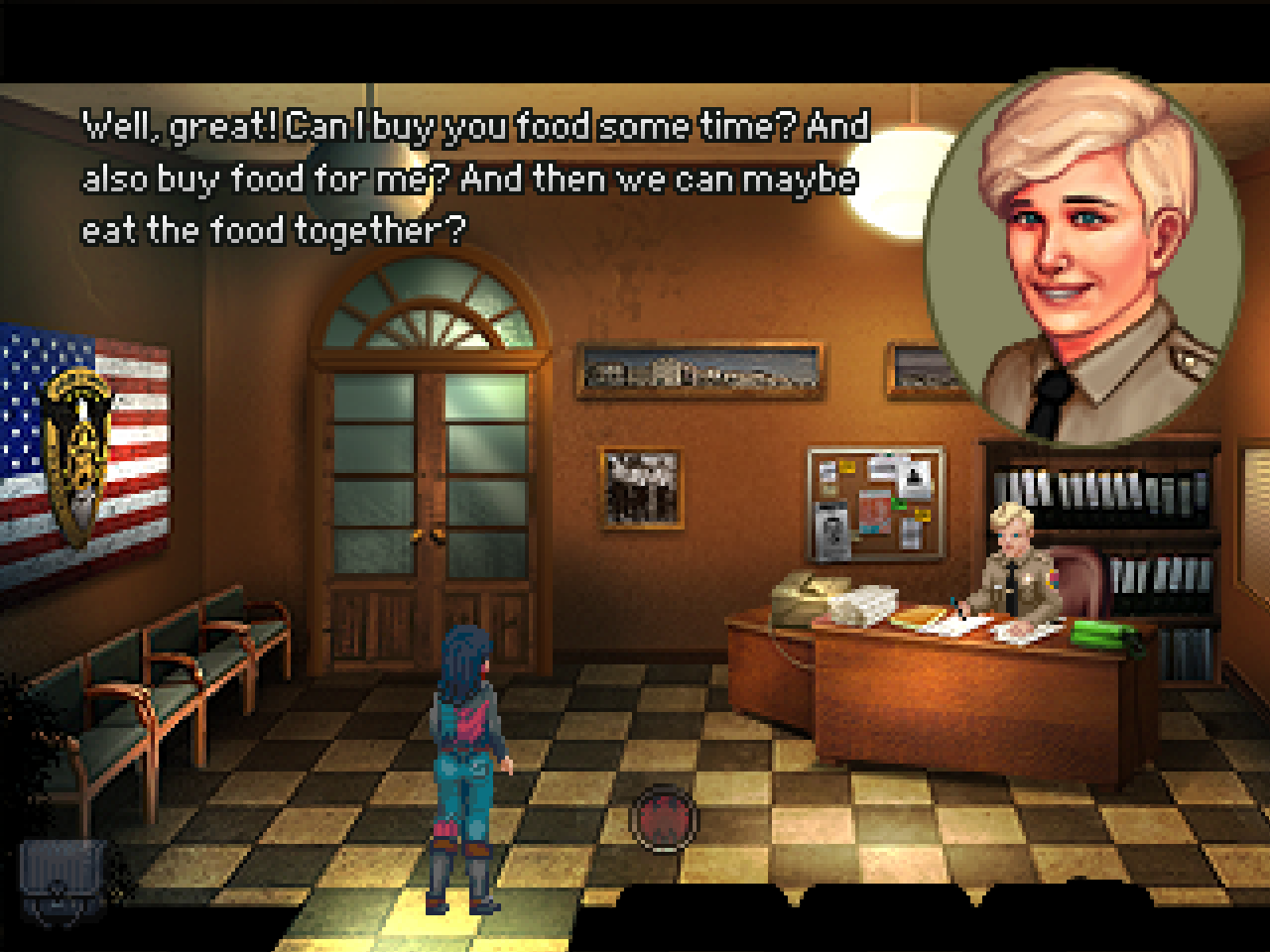 We only played a little bit of 'Kathy Rain', but Clifftop is clearly writing a love letter to fans of the old adventure games, not to mention pixel art and the 90s in general. I’m very much looking forward to the full version when it releases on May 5th.