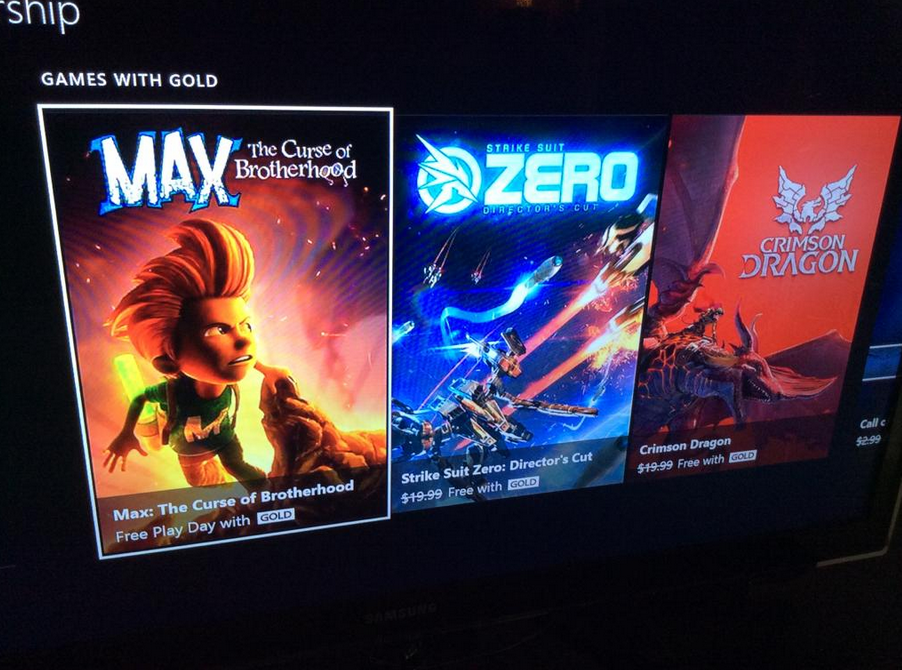 Under the reported plan, Microsoft will offer Gold members free 24 hour access to specific games, possible on a monthly basis like the Free Games with Gold program. The 'Free Play Day with Gold' is reported as being tested now with 'Max: The Curse of the Brotherhood,' which as the Free Games with Gold program has shown, is likely only the beginning. Conceivably, Microsoft could even offer something like 'Halo: The Master Chief Collection' for free with a 24 hour timer. In theory, Gold members would be able to download the game and upon first launching it, would have 24 hours to play it.

Microsoft support has confirmed the tests and stated that an official announcement would be coming soon.