Here's how it works. First off, EA Access is exclusive to the Xbox One. Membership runs $4.99 a month or $29.99 a year. Come this Thursday, EA Access members will be able to download and play the full version of 'Battlefront' for a period of ten hours. Basically, anytime the game is running that clock is ticking, so if you want to just play for an hour, be sure to close the game to save the remaining 9 hours.

After the 10 hours, players will have to wait until the Tuesday launch to continue (assuming they buy the game). That 10 hour early session is free as part of EA Access, and will be available to play after the launch as well. Also as part of EA Access, the digital Xbox One version is 10% off.

Again, this is the recent norm for games like 'Madden' and 'FIFA,' which are huge games with massive online player bases; however, 'Star Wars: Battlefront' is a AAA 'Star Wars' team-based competitive shooter. The arrival of 'Battlefront' narrowly preceeds the arrival of 'The Force Awakens' film, which again, goes to show what a big year it is for 'Star Wars.'

Those looking to play 'Battlefront' tomorrow on the Xbox One, should pick an EA Access membership. EA Access grants players EA's Vault, which includes their biggest games of this generation, including 'Titanfall,' 'Battlefield: Hardline,' and 'Dragon Age: Inquisition.' 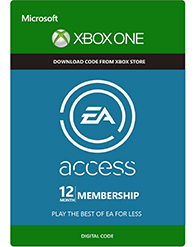