Optional game trials just another way to promote a game

Accentuating the positive, recent news that [email protected] developers can now offer game trials reminiscent of Xbox 360 Arcade titles is great news. Hopefully, in the future, a Xbox One user will be able to browse the Xbox Marketplace, and easily find a plethora of games (indie and AAA) with playable demos and game trials. This new option is likely bred from feedback from developers, publishers and fans, and it's great to see Microsoft continuing to listen. But what I don't hope is that this new option ever comes close to a return of mandatory game trials for games on the marketplace.

Lots of gamers love the idea of mandatory game trials, and in some cases (even on this site), the potential of the try before you buy for downloadable games on the Xbox One is considered integral to carrying on what made the 360 great. Not only do I completely disagree with this line of thinking, my objections don't even touch on the shaky relationship between demos and sales.

When the Xbox Live Arcade made the jump to the 360, it was the first time that many gamers had a real chance to purchase and play smaller games. As its name suggests, the XBLA was at first a museum where arcade classics could be played. While the games were classic, they had several important updates ranging from a variety of things like Achievements, demos, chat support, and even download size, and these updates were a mandatory requirement for getting the games certified and on the XBLA . Alongside these classics, which had their own built-in cache, were new games, many of which were independent in nature as they did not all originate from traditional game studios. Pre iPhone and Facebook gaming, when Steam was a much quieter platform, this was one the best ways to get a game out there, both in terms of exposure to players and in terms of delivering a monetary return, and securing the promise of future work. 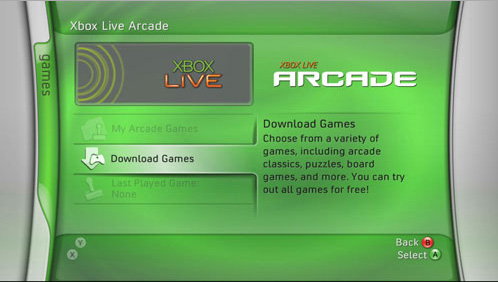 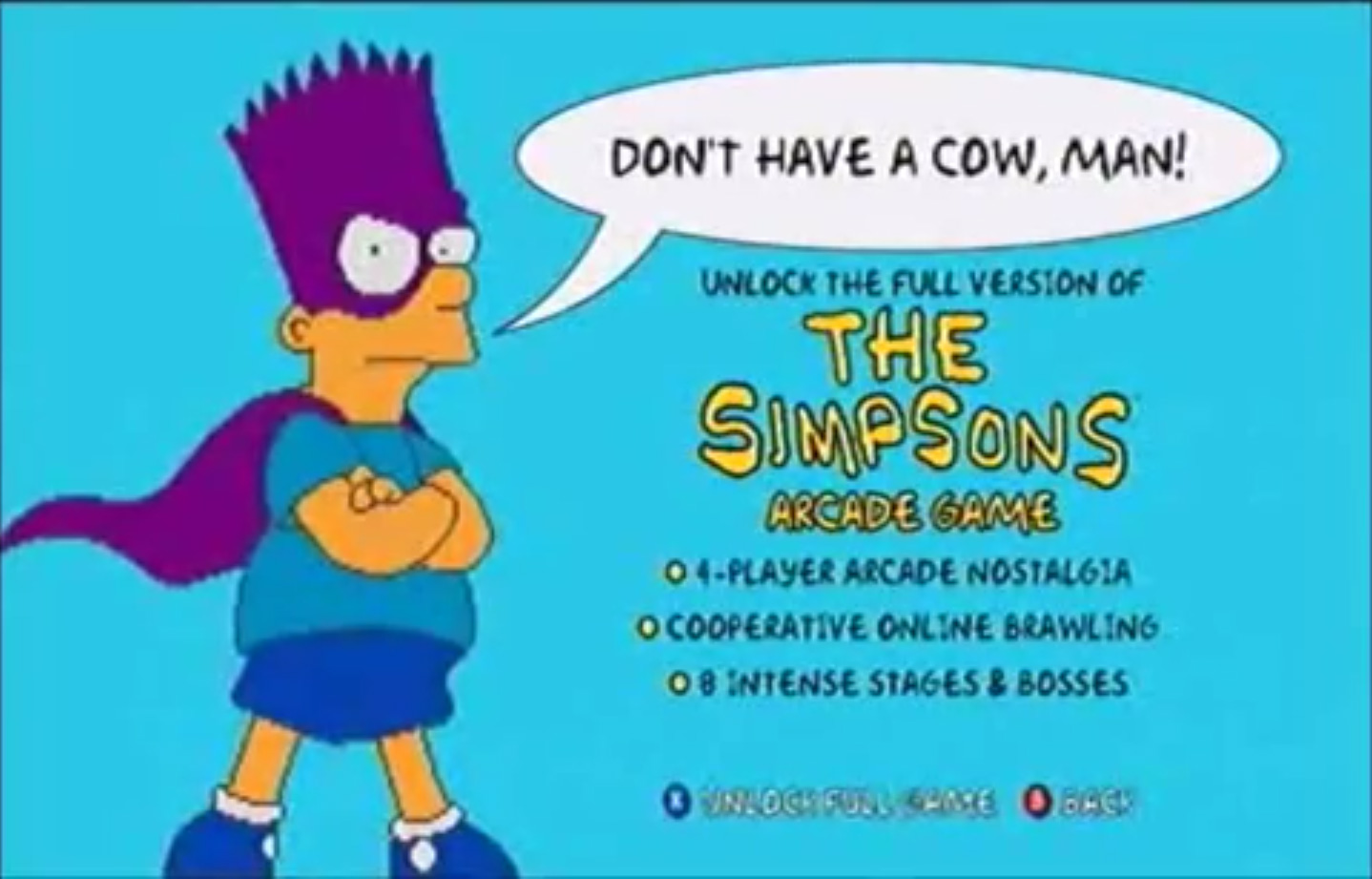 At that time, the mandatory game trials were very important. Just being able to download game demos and purchase digital games was a huge part of the next-gen experience at the time. (My Xbox 360, PS3 and even Wii were queued up with demo downloads within moments of being powered on and updated for the first time.) Fast forward a few years after the release of the 360, and the XBLA turned into the XBLA of 'Indie Game: The Movie,' where indie games can become runaway sensations within hours of release. (As opposed to a newer platform, like the Ouya, which holds the try before buy concept as key to the paltform's success.)

The Trouble With Demos

With the ascension of the XBLA platform as a huge success and smaller scale downloadable games a sensation on several platforms, the dynamic had clearly changed. Players awaited (and still do) new releases and store updates eagerly, and ultimately, just as the requirements to fit on the now defunct Xbox 360 memory cards had been relaxed and dropped, the requirement for game trials on the XBLA was dropped. Though it had been standard practice, this came as relief to many developers. 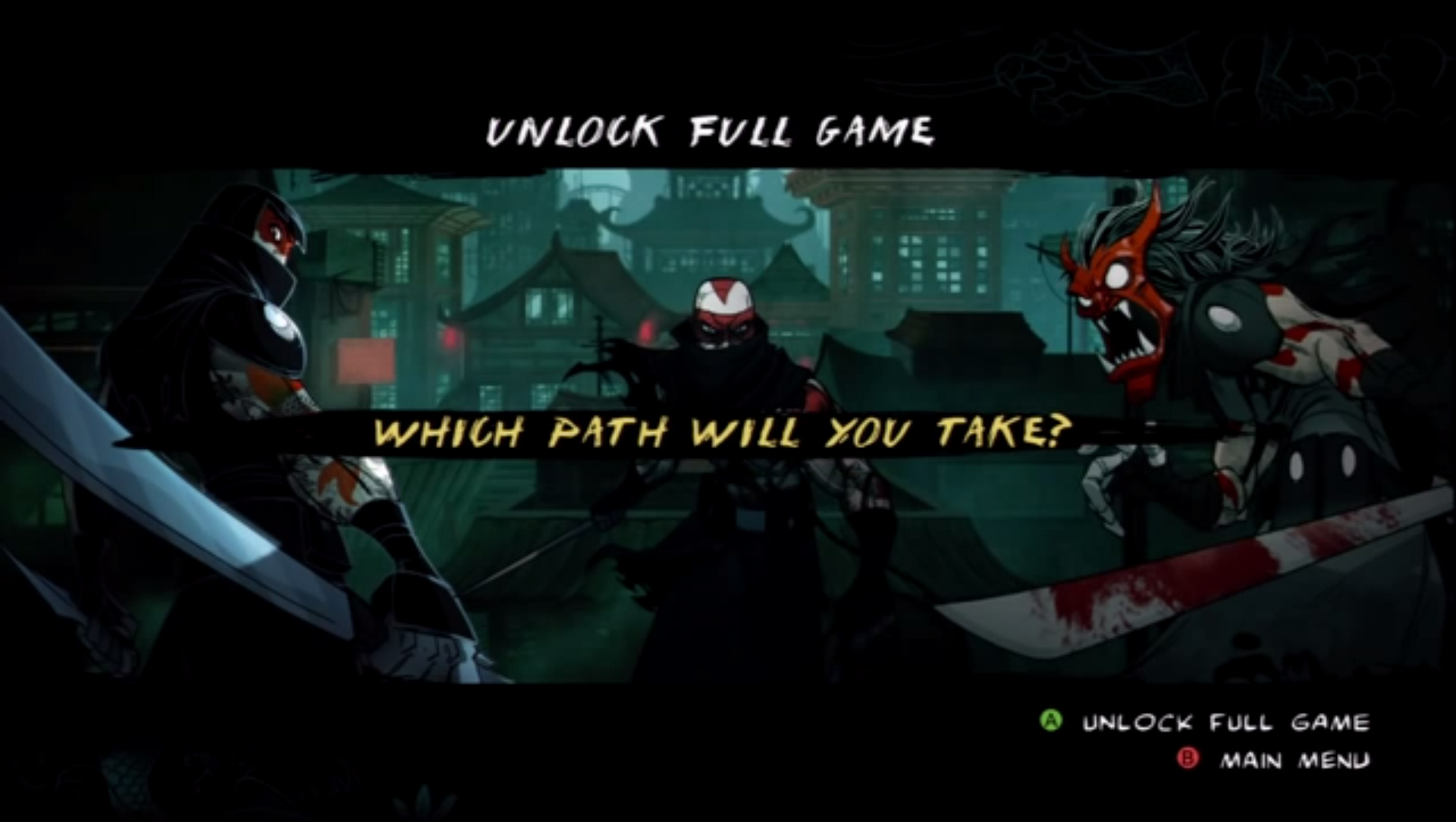 In general, game demonstrations of both the hands-off E3 type and the hands-on direct to player kind, are often a grumbly concern of developers. Time spent making things work for a demo or vertical slice does not always translate to improving the final product.

A vertical slice might be necessary for getting funded or approved, and could be considered a necessary evil or the biggest example of the proof-of-concept that occurs on a regular basis over the length of a project. A vertical slice though, like the kind of often shown at E3, is supposed to represent the overall product.

Meanwhile, a mandatory XBLA demo is meant to culminate in a moment where the player can buy-in and seamlessly keep playing the game. This is problematic for a number of reasons. Essentially, it sets the game's beginning up as the try before buy segment. That means the part the game that may be already suffering from tutorial and introductory segments now has to convince the player to spend money. The more radical the game, untraditional controls, story, IP, etc., the more muddled the "learn to play the game" and "decide the play game" processes become. Just think of every tutorial, first level, first boss, first results, screen that you witnessed, and whether that really should be the moment to base a game purchase around. 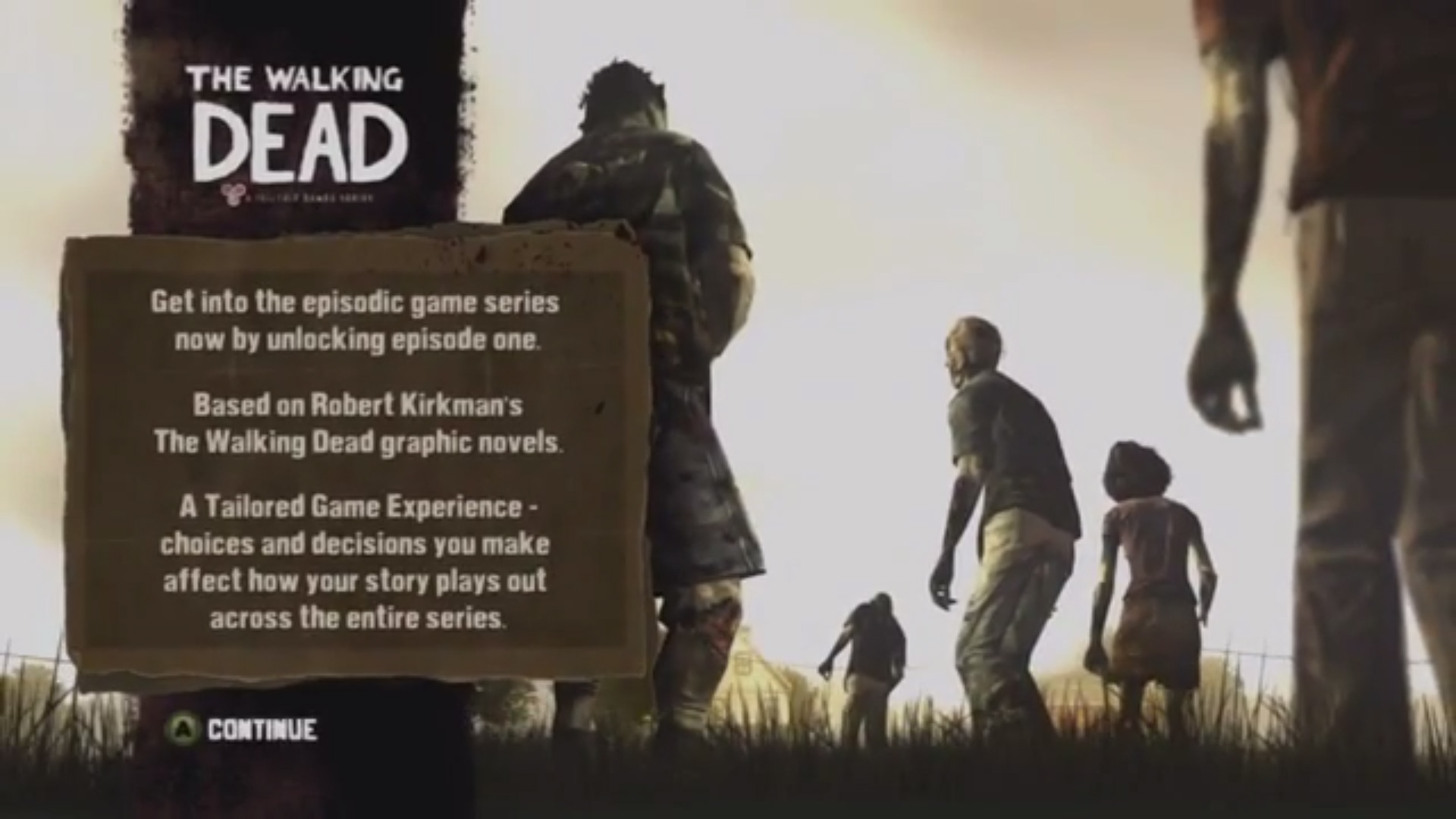 If you do decide that playing the equivalent of the first level from free for most games (or watching the first 15 minutes of a movie or reading the first thirty pages of a book) is the best time to make that purchase decision, then congratulations, you are now ready to (wear a suit and ) oversee the production of an XBLA game. Just pick your build frequency, monthly, weekly, daily, or whatnot, and constantly write up notes suggesting how the beginning of the game can be changed to be more inclusive of all game audiences, skill levels, and of course purchasing trends. This hyper focus on the beginning of the game as a catch all/convince all isn't all that different from Zynga and other free-to-play models; Zynga just has it nailed it down, able to point and tweak exact moments where they lost players.

That may sound like an extreme description, but it's a situation that plagues a lot of games. When I played the 'Ori and the Blind Forest' demo at E3, it was pretty obvious that the game's development followed the XBLA trial pattern to some extent. There was palpable concern that if I (or anyone else) were to get stuck in the demo, by way of puzzle or ability ignorance (as opposed to just a bug), that I would be frustrated and not want to continue playing. Being framed just like a normal XBLA trial, this was the first 20 minutes of the game, and I never got to try anything more challenging, left instead with a video montage that provided no sense of challenge or gameplay feel. The trial ended right about where you expect it would, poised to ask for a purchase to continue playing.

There are some nice alternatives to the mandatory trial. There's a lengthier version, which usually jumps around and lets players try different parts of the game. There's the timed demo that lets players see how far they can get in a set amount of time. But there's also saving the development time expend making demos and lowering the price. Developers could even just focus making the best game instead of most convincing demo. Steam has plenty of demos, but it's hardly a mandatory requirement. 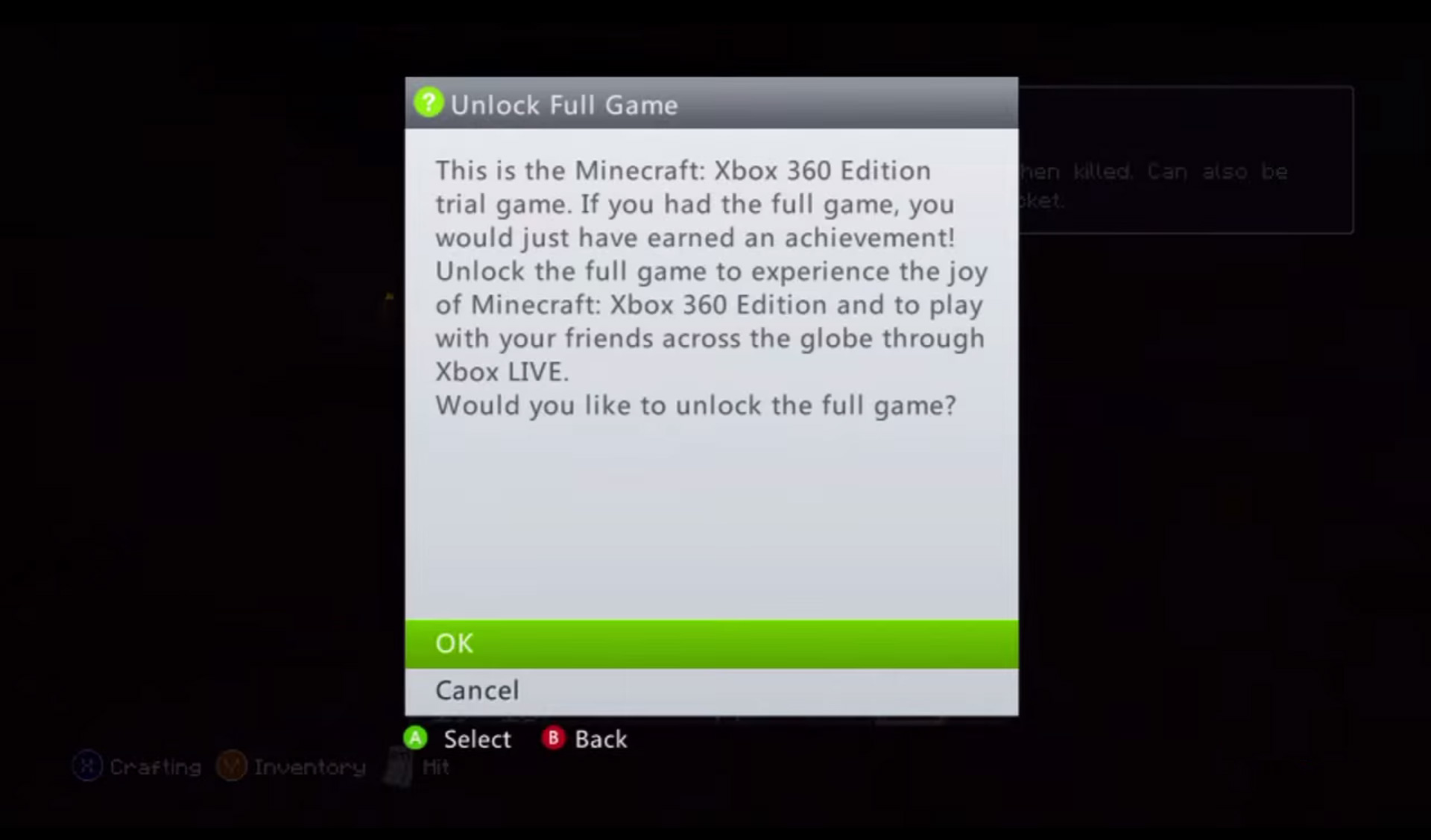 Sell the Game and Make the Game

That's just it. Though many developers wear different hats, selling a game and making a game are not automatically synchronized tasks. Selling the game to the public involves trailers, screenshots, hype, public demos, pre-order incentives, betas, bonus content, bullet points, etc. Sequels to big franchises would seem to sell themselves and yet big publishers tend to utilize all of these methods to maximize sales. Indies can be more creative, especially when it comes to Kickstarter backers bonuses, but even Ubisoft is doing things like taking five fans to Massive in Malmo, Sweden for the purpose of helping to develop one of their as big as it gets AAA games, 'Tom Clancy's The Division.' Offering Early Access for [email protected] games may blur the line between selling and making the game, but as long it's optional, it could be help to improve games while satiating those players who crave Early Access benefits. 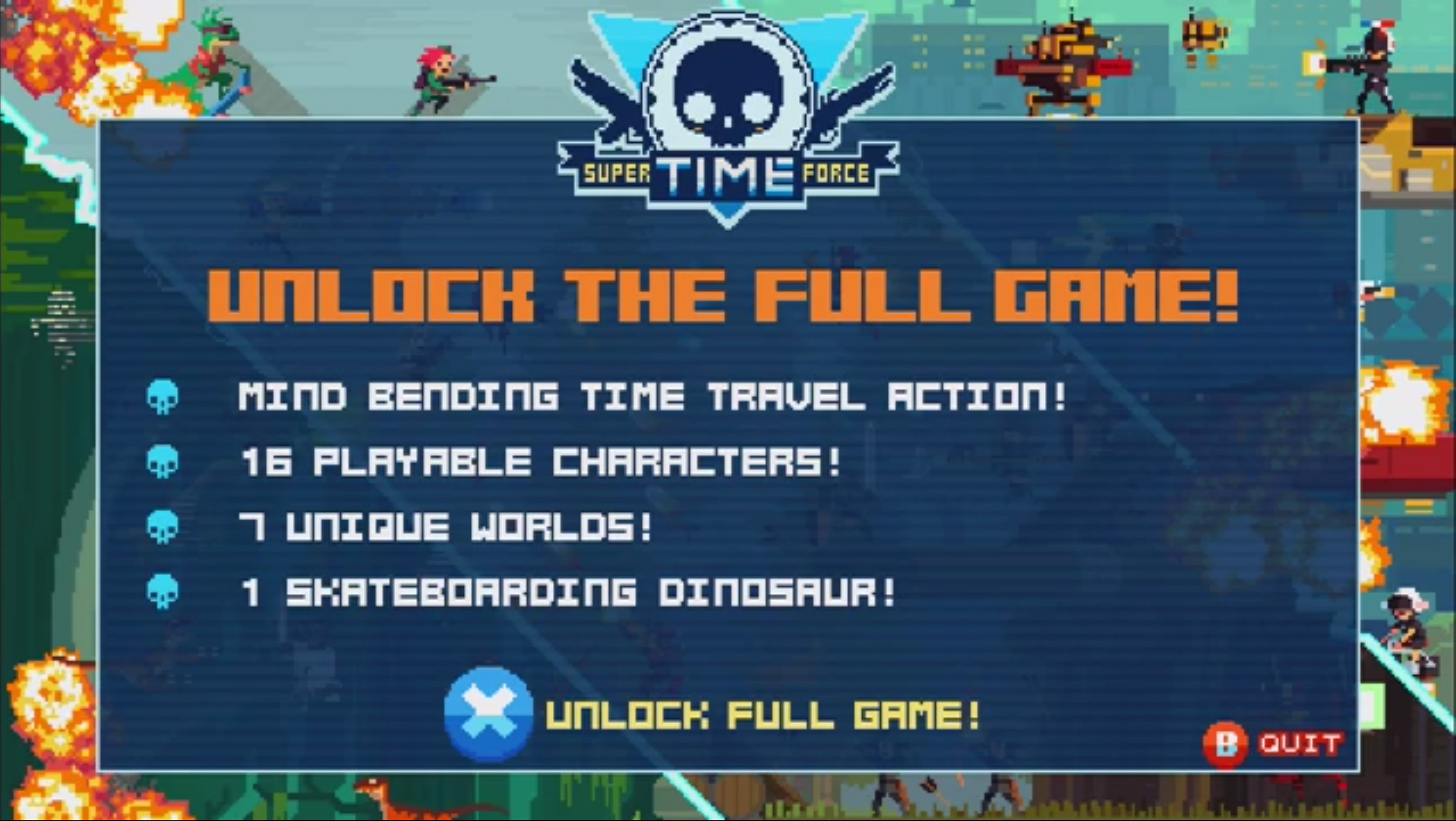 Many fans hate DLC and hate pre-order or exclusive DLC even more, and often cite how it detracts from what the actual game is supposed to deliver. DLC is usually budgeted separately rather than just cut from the main game as so many suspect, but it still is often added to the game with great big seams or else is completely forgettable. Tacked-on multiplayer is usually a much bigger detractor. Fortunately, those "features" and "incentives " are optional for developers and publishers. While I understand many players are used to the free, try before you buy model of a past era of XBLA, let's hope that downloadable games are never forced to regress to that past time. Let the demos be optional, and the games be better for it.