2K Games Wants Fans to #NameThatMonster for the Fourth Monster, Who Just Happens to Be 21' Tall

Big 'Evolve' news on the way. It seems that the fourth monster is close to done, and is almost ready for a public debut. Straight from the developer, here's some insight into how Turtle Rock created and fine tuned each aspect of their monsters.

We start with a theme. Then we go through a brainstorm and think about the gameplay style and some abilities we want to emphasize around that theme. We hope to have more than four abilities and refine them down. So, for example, when we started with Goliath, all we knew is that we wanted a brawler. We didn’t know what it’d look like or what its abilities would be – we just wanted a soldier. An all-around Fighter. That design goes to a concept artist and they start to bring that to life. After we have a monster locked down visually, then we think about how its abilities will look and how they will behave. Then that gets concepted.

Then we start prototyping. A lot of times we’ll prototype stuff on the code side at the same time those concepts will start going into production and start to model the character.

An engineer will start to prototype with placeholders - like subbing in Goliath and odd objects. We’ll code up everything and way before the monster’s actually built, we’re playtesting and start testing all the abilities to find the ones working really well.

More importantly, however, 2K Games, has asked fans for help. It's all part of the publisher's #NameThatMonster movement. To be clear, this monster is the one that comes free with preorders. While, the full nature of the monster is being held back, 2K has shared the scale: 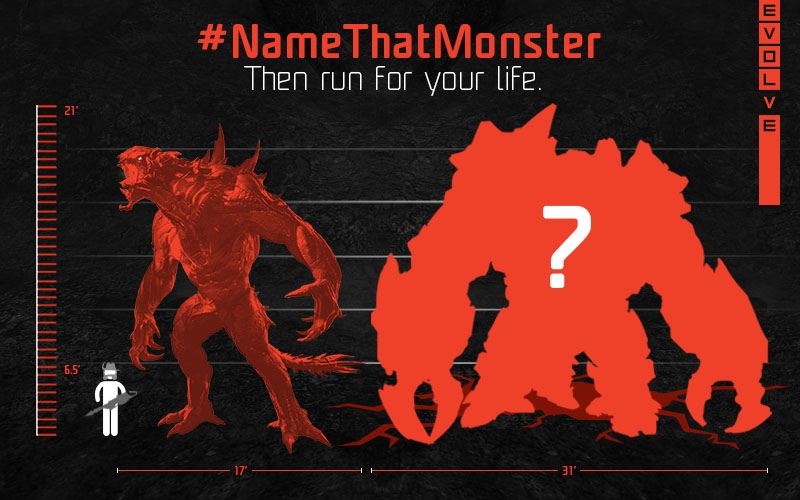 So with that in mind, which of these four names would be best: