'ReCore heads to Xbox One and PC later this year.

Armature Studio and Keiji Inafune's upcoming 'ReCore', previously announced as an Xbox One exclusive, will now be heading to PC as well when it launches later this year, with Microsoft now listing the game for an Xbox One and Windows 10 release. The game has also seemingly been hit with a delay. Having previously been set for a Spring 2016 release, Microsoft is now simply going with a 2016 window.

In addition to this, it's also been revealed that the game is being written by former Bungie employee Joseph Staten, who worked on the 'Halo' franchise, as well as serving as the lead writer and design director on 'Destiny'.

Despite being set for release later this year, very little is known of 'ReCore', with almost nothing beyond an E3 reveal trailer having been shown off thus far. Still, it's very nice to see that it'll be heading to PC as well, and there's a lot of very talented people behind the game, so here's hoping it turns out well in the end. 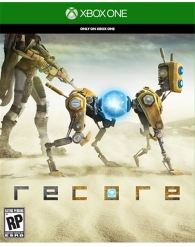