And do it FAST.

While, sure, there's a fancy new slim, white Xbox One coming in August, fact of the matter is not a whole lot of folks have the 4K TV to take full advantage, nor might you have $400 to blow. And if you're in the category, will be for the foreseeable future, but still in the market for a next gen system, and have some disposable income on your hands this weekend, you might want to head over to Groupon. Like, now. 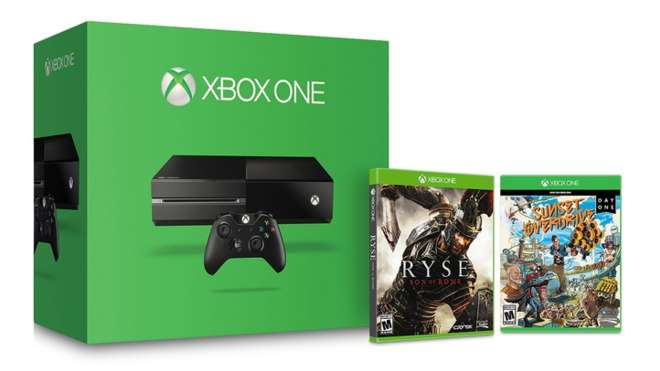 Groupon is offering the current model Xbox One, plus two games--'Ryse' and 'Sunset Overdrive'--refurbished from Microsoft for $189.99. That's $100 less than the current price, and with two games which are about $20 a pop.  For those who like to comparison shop, I'll save you a trip to Google: the next cheapest deal on a refurb Xbox One is Gamestop selling 'em for $220, and that's minus any games.

The catch, mind you, is the timeframe. The deal is only good from now through tomorrow, June 25th. Hopefully, today is pay day for a few of you.  Head over here to take advantage.