Just the first of many teasers.

Telltale Games has had a busy year. But now, with both 'The Walking Dead Season 2' (check out the review here) and 'The Wolf Among Us' (check out the review here) released and in the rearview mirror, it's time for the next two projects to take center stage. While fans can get their first opportunity to play 'Tales from the Borderlands' at PAX Prime this weekend, there can be little doubt that everyone is awaiting the first look at and details from 'Game of Thrones: A Telltale Series.'

And here it is. Just a few words along with the long announced logo. 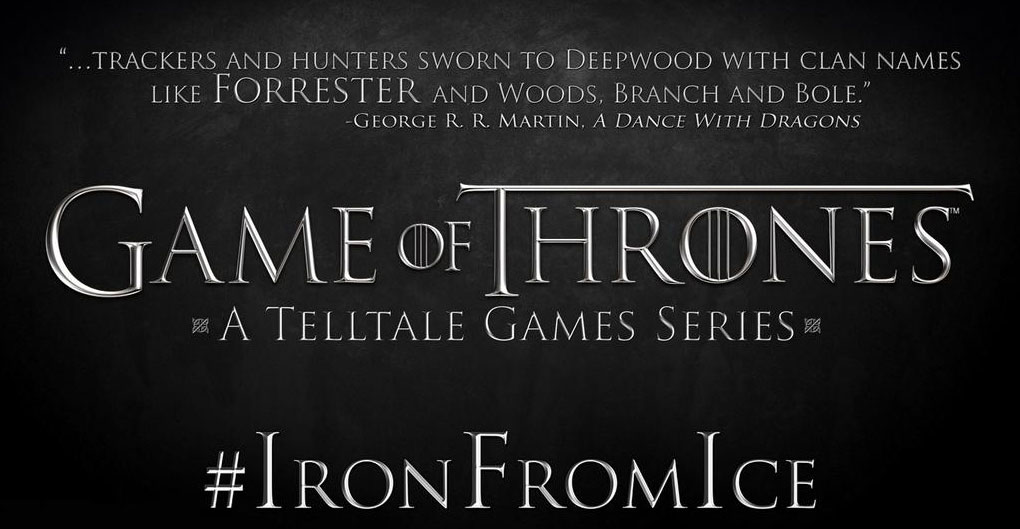 While this may not seem like much except to most devoted 'A Song of Ice and Fire' fans, it's the signal that Telltale is ready to start sharing peaks at the game, which is due to start later this year. Expect a trickle of screens followed by a full-blown trailer in the coming weeks.