Fly Me To The Moon: 'Bayonetta' Goes Backward Compatible On Xbox One

The witch is back.

It's been somewhat quiet on the Xbox One backward compatibility front since 'Red Dead Redemption' finally hit, though scattered smaller titles still get quietly added with some regularity. That sense of quiet is about to get busted up, but good: The original 'Bayonetta' is now a backward compatible title. 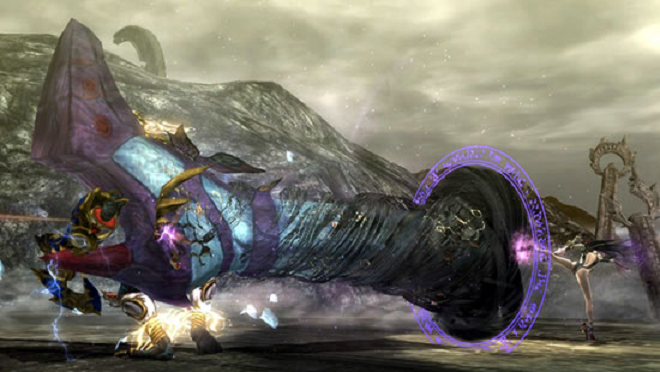 It's exciting enough just by nature of easy access to one of the best action games of the last ten years. Add in the fact that this would be the best possible version of the game. The PS3 port currently available on PS Now still a broken, glitchy mess. The WiiU port, as good as it is, is digital only, unless you want to blow $100 on the now-out-of-print first run of 'Bayonetta 2', and requires using the clunky gamepad, unless you wanna blow $50 on a Pro controller. Meanwhile, the 360 version gets the blessed upscaling of the One S for those who have it, and the use of the best controller for the job. Nobody's tried it out to see if the Xbox One takes a bit out of the game's load times, but that'd be the icing on an extraordinarily badass cake.