And that's not all.

Tomorrow, Wednesday, April 6th, PS4 System Update 3.50 (codenamed MUSASHI) will be released to all users. With it comes a number of smart, if small updates, like the option to appear offline and the option to designate friend notifications. 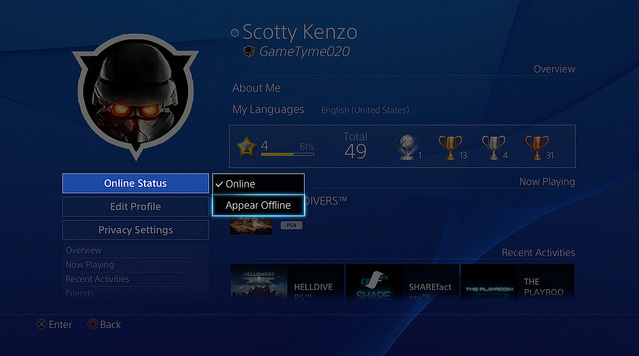 The most major feature, however, is undoubtedly the PC and Mac compatible Remote Play. Finally, there will an official way to use play PS4 games on PC (via a networked PS4). One thing to note is that Windows 7 is not part of the supported Windows platforms. Players will need to download the Remote Play installer software package on their PC/Mac, and then they will be able to use a USB connected DualShock 4.

Remote Play on PC / Mac is compatible with the following system software:

You’ll be able to select from the following resolution and frame rate options, depending on your Internet bandwidth.

Other features coming in the update include Play Together, which enhances Party support and User Scheduled Event, which lets users schedule game session invites.