WayForward has announced that 'Shantae: Half-Genie Hero', first Kickstarted in September 2013 has now wrapped up development. That all said, what seems to be the studio's most ambitious game to date isn't quite ready to be released yet, and still needs to be submitted for QA purposes to all digital storefronts. Once that's complete, the studio will work to set a global release date for the game.

In a message to fans and backers, the studio said the following:

We’re excited beyond human comprehension to tell you the news... Shantae: Half-Genie Hero is done! Did you hear that correctly?! We know, right? It’s crazy! Wow!!!

What an incredible experience this has been! As you know, this was a very long development cycle, and we’re grateful for your support and patience. This project was always about working together to create a product that was shaped by fans, for fans, and now that work is complete! Thank you, thank you, THANK YOU!!

The game has been submitted to Sony, Microsoft, Nintendo, and Steam, and digital storefronts are being created. Because this is a global release, we’re working with teams in each territory to establish a unified release date. We’ll let you know the INSTANT we find out when the game will be live! And this probably goes without saying, but of course we’ll do everything in our power to get the game released to backers early. 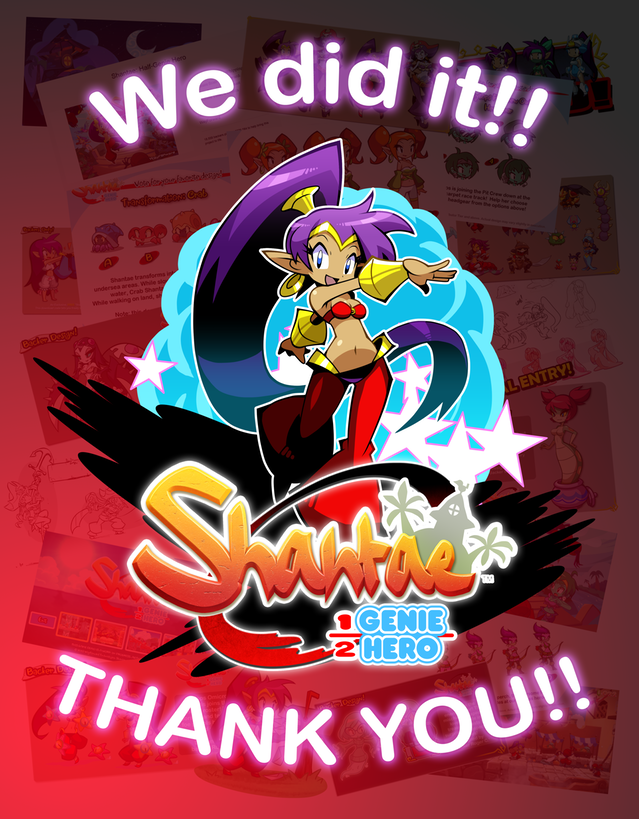 I'm really glad to see this finally wrap development, it's been years and I'm genuinely very excited to see what the studio does with the game on a larger budget than the series is typically given.

'Shantae: Half-Genie Hero' will be released on PS4, Xbox One, PC, Wii U, and PS Vita.