Take a break with spider tanks and demon fighting.

Regardless of the hype train and the public reaction, 'Watch Dogs' has maintained one thing since its reveal; it's a game with a serious world and a serious story. The digital police state turned on its head only gets more somber as it devolves into shooting and revenge. But it seems that the team behind the game understands that players need breaks from the super serious.

Today, Ubisoft revealed the existence of Digital Trips in 'Watch Dogs.' "These sound-induced mind-altering states allow you to explore an entirely new aspect of the game, with crazy new gameplay that differs wildly for each." The examples given today include a massive Spider Tank, which players can control. The Spider Tank can attach to buildings and has several upgradable weapons. When controlling the Spider Tank players will have a series of objectives to complete before the tank is taken down. 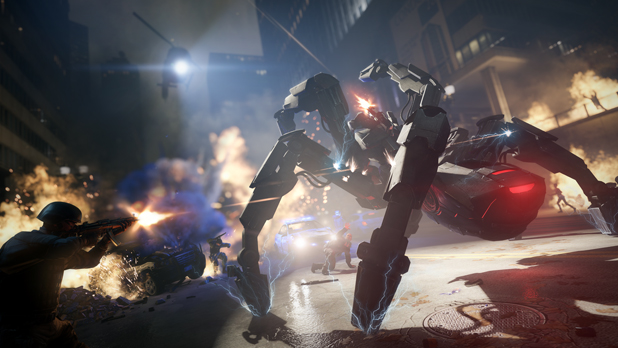 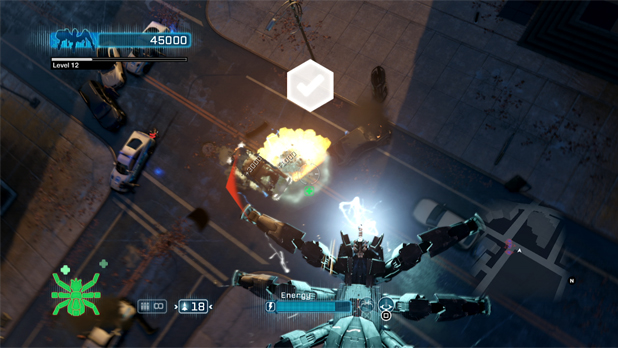 Another example given is described as "Madness." In this Digital Trip, players rampage, and try to take out as many demons as possible within the given time limit.

Though the Digital Trips appear to bonus terms of their gameplay, they are described as fitting neatly into the narrative with each Trip speaking to an aspect of the lead character's psyche.

You can find the latest info on 'Watch Dogs' linked from our Video Game Release Schedule.